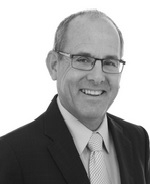 The Do's and Don'ts of Privately Recording Body Corporate Meetings

The subject of recording private conversations is an area of law that is generally fraught with misconceptions. These misconceptions lead to poor outcomes and add to the uncertainty about what may be lawful.

There are many motives behind why those attending body corporate meetings may privately record the discussions of the meetings, but what are the relevant rules?

Queensland does not have any legislation specifically dealing with the use of recording devices in a body corporate meeting. The current law is instead covered in the Invasion of Privacy Act 1971 (Qld) (the Act).

Under the Act, a party to a private conversation is permitted to record that conversation by way of a listening device, irrespective of whether other parties to the conversation are aware of the recording, or have provided consent to be recorded.

A 'private conversation' is very broadly defined under the Act, including any conversation where the circumstances indicate that the person(s) speaking only wants to be heard by those who are a party to the conversation.

The definition of 'listening device' is equally wide. It includes any device capable of overhearing, recording, monitoring or listening to a private conversation. This includes mobile phones and laptops that have recording capabilities.

However, the right to record does not extend to third parties. It is illegal for a person who is not a party to a private conversation to record that conversation.

Committee and body corporate meetings will be regarded as private meetings as members of the public are not entitled to attend them. Therefore, discussions which take place at such meetings are private conversations.

In applying the provisions of the Act to a body corporate committee or general meeting, attendees, as parties to the private conversation, may record the meeting, with or without the consent of the other parties involved.

One reason that attendees often put forward for recording proceedings in a meeting is that so they can later check the accuracy and/or validity of the recorded minutes of the meeting. In this case, a recording would have limited use as evidence as the recording cannot be published except to those parties that were in attendance, unless one of the above exceptions applies.
Further, minutes of meeting are not intended to function as a verbatim record of a committee or body corporate meeting. Rather, minutes are intended to provide an accurate summation of the business conducted at the meeting.

Responding to Intentions to Record

What if an attendee at the meeting announces that they intend to record the meeting?

If all attendees at the meeting are in agreement, then the conversation may be recorded without further issue.

Alternatively, if it is clear that the other attendees do not want the conversations at the meeting to be recorded, then the chairperson may have to manage and control how this is to be addressed. The chairperson's power generally includes deciding the way in which a meeting is to be conducted, including whether or not the proceedings should be recorded.

This should only be done after discussion, and it should be remembered that at the start of the meeting those attending the meeting have the general right to regulate their own affairs, subject to the applicable legislation.

Where disagreement remains, the attendees may vote on how the conduct of the meeting should be regulated. If a majority present wish to prevent an attendee from taking a recording they could resolve to do so, even if it is lawful to record the meeting under the Act.

With this in mind, it is therefore not surprising that some may decide to record the meeting in secret.

We understand that the Queensland Law Reform Commission is currently reviewing privacy laws in Queensland, with a report due to Government on 31 October 2019. Draft legislation may follow thereafter, based on the Commission's recommendations.

Consequently, the law about private recordings may change later this year, or in 2020.

For information about the use of closed-circuit television surveillance (which might include recording conversations, where surveillance footage captures audio), you will find more information at this link: https://publications.qld.gov.au/dataset/fact-sheets/resource/0fa24cb7-4487-4dfb-b14a-b48e78462c1d