On 1 March 2021 the ATO released draft PCG 2021/D1 (PCG) which outlines the ATO's compliance approach to the splitting of professional services firm profits.

The PCG is the long-awaited revision to the ATO's previous publication "Assessing the risk: allocation of profits within professional firms guidelines" (Suspended Guidelines) which were published in 2015 and suspended on 14 December 2017.

The PCG is relevant to professionals of all types including accountants, lawyers, financial planners, doctors, specialists, engineers and architects.

What is the concern?

The allocation of professional services profits has been a long running target of the ATO's with the concern being that profit made by the personal efforts of an individual professional practitioner (IPP) was inappropriately being diverted to associates on lower marginal tax rates, rather than being personally taxed to the IPP at a higher tax rate. These concerns play out in arguments as to whether an IPP derives income from a 'real' business structure or just their personal efforts, and whether the general anti-avoidance rule in Part IVA should apply where the personal services income (PSI) rules do not.

It is an oddity in tax law that not all industries are treated equal by the ATO. So, whilst a green grocer who derives income from selling product may freely income split without ATO concerns, a doctor or accountant whose product is their services cannot.

What does the PCG do?

The PCG outlines a risk framework which the ATO will use to determine whether it will audit a professional firm structure. The PCG is not a binding tax ruling, however, if a taxpayer follows the PCG in good faith and the ATO then changes its mind the ATO will generally not seek to overturn prior income years or impose interest charges.

For a professional firm structure to be accepted under the ATO's compliance approach in the PCG, the structure needs to pass two gateway tests and then a risk rating score table.

The professional services structure should not display features covered by a Taxpayer Alert issued by the ATO, or any of the following which the ATO considers high risk:

The taxpayer applies the following risk rating score table for each risk assessment factor, and then works out their risk zone based on the aggregate of these factors:

A taxpayer who falls into the Amber or Red category will likely be subject to further ATO compliance activities.

The risk rating in the PCG differs from the benchmark tests outlined in the Suspended Guidelines and it is relevant to compare these former tests with the risk rating score table to see how the ATO's thinking has moved on. Overall, the ATO appears to be adopting a higher risk rating for situations which previously may have been acceptable.

Under the Suspended Guidelines a professional services income arrangement was considered 'low risk' if an IPP passed just one of the following benchmark tests:

An IPP who is on an effective tax rate of 30% and is taxed on 50% of the professional services firm's income would have met two of the benchmark tests outlined in the Suspended Guidelines and would have been considered low risk. Under the new risk rating score table they would obtain a rating of 9 and be in the high risk category. Once the PCG is finalized such an IPP may expect ATO queries on their structure.

When does the PCG apply from?

Taxpayers who entered into arrangements before 14 December 2017 may rely on the Suspended Guidelines for the 2018 to 2021 income years provided the arrangements do not exhibit the high risk features outlined above in the Gateway 2 test.

What should professionals do now?

Professionals in existing business structures should review their existing structure to assess how they measure up with the requirements of the PCG, and whether a restructure is required.

If you are a professional considering establishing a new business structure for your professional practice or restructuring it, then regard should be had to the PCG as well.

The PCG has Case Studies which demonstrate how the risk rating system applies in practice. Six of these case studies outline 'green zone' arrangements which show that with proper advice and structuring it may still be possible to income split professional services income.

The PCG is not the law in this area, it is just the ATO's view on the matter. Where a professional firm's structure is considered high risk under the PCG this does not mean necessarily there is a tax problem. There may be sound commercial reasons why the structure exists. A firm in this situation should use the PCG as a tool to assess whether a restructure should be undertaken to lessen the risk, or whether further work needs to be done to provide an 'audit defence' file to support the professional structure currently used. 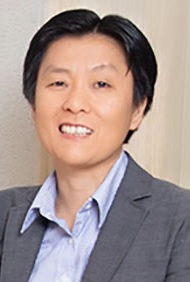