Australia: Workplace sexual harassment and the culture of silence: are non-disclosure agreements to blame?

Harvey Weinstein has been in the news for all the wrong reasons recently. The New York Times investigative article on 5 October 2017 exposed Weinstein's 30-year history of alleged sexual harassment and assault of young actresses and female employees. Since this article, many other women have come forward with their stories relating to Weinstein and his inappropriate and unacceptable behaviour. Weinstein's demise has been swift, with his removal from the Academy of Motion Picture Arts and Sciences, the Producers Guild of America and his own film production company, Weinstein Company, firing him. 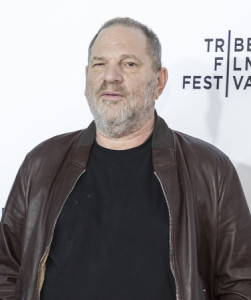 At first glance, it seems inexplicable that Weinstein could continue to allegedly sexually harass and sexually assault for over 30 years without his behaviour becoming public, or charges being laid. However, what has also recently come to light is that Weinstein has reached at least 8 settlement agreements according to The New York Times. Such settlement agreements involved Weinstein paying a sum of money to the victim, who was then prohibited from discussing the matter by a non-disclosure agreement.

Non-disclosure provisions are also common practice in settlement agreements in Australian workplaces. They often involve standard confidentiality terms that prohibit either party from disclosing certain facts such as the identity of certain people and the settlement amount. Often, both parties are satisfied with this outcome. The perpetrator protects their reputation by avoiding having criminal or civil proceedings brought against them whilst the victim avoids having to take legal action and reliving traumatic experiences in a public setting. There is also a fear that career prospects will be damaged if you have a reputation for suing.

Despite the existence of strong laws prohibiting sexual harassment, this is unfortunately also an issue in the workplace in Australia. In 2016, the Australian Human Rights Commission heard 453 complaints under the Sex Discrimination Act 1984 many of which relate to sexual harassment in the workplace. It is estimated that a staggering 25% of women are sexually harassed over the course of their employment. Whilst it is understandable that victims may wish to avoid reliving a traumatic experience, non-disclosure agreements do nothing to protect other people from becoming victims and allows the Harvey Weinstein's of the world to continue to avoid facing scrutiny. A serious question must be asked whether employers should be able to use non-disclosure agreements to keep sexual harassment claims secret.

On moral grounds, most people would answer this in the negative since an alleged crime has been committed, and that person should have to face these allegations in a court. However, there are also compelling legal arguments that employers should not be able to cover up workplace sexual harassment using a NDA.

It is an implied term in all employment contracts in Australia that employers have an obligation to provide their employers with a safe place to work. Commonly in sexual harassment cases, such as Weinstein's, the victim agrees to settlement terms and exits the company whilst the perpetrator, usually a senior employee or manager, remains. The employer's decision to retain the perpetrator likely places other employees at risk of experiencing sexual harassment and thus breaches the right of employees to have a safe workplace. However, because the settlement terms are confidential, and the victim is bound by a NDA, often the employees are none the wiser and have no knowledge that this implied term of their employment contract is being breached.

There is another legal argument that that non-disclosure agreements should be void as a matter of law. It has long been recognised that contracts that are contrary to public policy, such as those that are prejudicial to the administration of justice, are unenforceable. Therefore, it stands to question, are non-disclosure agreements in confidential settlements enforceable? Clearly, there is a significant public interest in preventing persistent sexual predators like Harvey Weinstein from continuing their unsavoury behaviour. There is also clearly a public interest in allowing the administration of justice to take its course.

Despite legal arguments that employers should not be able to use NDAs, unfortunately the practical reality ultimately wins. Victims who have signed NDAs are fearful of speaking out. In addition, the potential legal repercussions for breaching a NDA, depending on the contractual terms, can be quite costly. Of course, there is also the power imbalance between the employer and employee that contributes to the culture of silence and ensures NDAs regarding sexual harassment are rarely challenged.

The current use of NDA allows persistent offenders such as Harvey Weinstein to remain unchecked. Perhaps a change in the law is necessary to protect potential future victims of serial sexual harassers in the workplace.

ARTICLE TAGS
Australia Corporate/Commercial Law Contracts and Commercial Law Employment and HR Contract of Employment Discrimination, Disability & Sexual Harassment Health & Safety
POPULAR ARTICLES ON: Employment and HR from Australia
I resign versus I will hand in my notice - there is a difference
Gilchrist Connell
Useful guidelines to deal with situations where it is uncertain as to whether the employee has actually resigned.
Out of hours conduct – Employee reinstated after drink driving charge
People + Culture Strategies
This unfair dismissal decision highlights limits of an employer's power to discipline employees for out of hours conduct.
Mandatory workplace vaccination: Reflections on recent developments
Swaab
The issue of mandatory workplace vaccination has gone from a theoretical consideration to a matter of practical concern.
Caffeine collusion: fraudulent use of the company account to fund a caffeine habit can be a valid reason for dismissal
Piper Alderman
Dismissal may be valid when an employee engages in fraudulent conduct, no matter how small the amount that is misappropriated,
We have a zero tolerance drug and alcohol policy, so we do not have to pay compensation for the workers injuries. Which case won?
Stacks Law Firm
Interesting workers compensation case discussed.
It's All In The Timing (or Is It?) – Maximum Terms Contracts And Termination Of Employment
Vincent Young
In a case involving Mondelez (Company), the Fair Work Commission (FWC) has found that an employee who was engaged in eight maximum term contracts over two and half years ...
FREE News Alerts
Sign Up for our free News Alerts - All the latest articles on your chosen topics condensed into a free bi-weekly email.
Register For News Alerts
Article Tags
Australia Corporate/Commercial Law Contracts and Commercial Law Employment and HR Contract of Employment
Discrimination, Disability & Sexual Harassment Health & Safety
More Tags
Related Articles
Toot toot, chugga chugga, big fat lie: Taking a sickie on a work day PCC Employment Lawyers
Mondelez update: Definition of a day for employee entitlements PCC Employment Lawyers
Successive short-term contracts – Is it continuous employment? Coleman Greig Lawyers
Being a small business is no excuse for ignorance of employment law PCC Employment Lawyers
COVID-19, vaccinations and the workplace – What employers need to know Holman Webb
Mondaq Webinars
U.S. Chemical Regulation: What's New, What's Hot
Bergeson & Campbell, P.C.
Webinar Washington, DC United States
Key Takeaways of the US Cybersecurity Executive Order
Nexdigm Private Limited
Webinar Mumbai India
More Webinars
Comparative Guides
Alternative Investment Funds
Anti-Corruption & Bribery
Data Privacy
Insurance
International Arbitration
More Guides
Mondaq Advice Centres
Global
Trademarks in SAARC Countries
More MACs
Upcoming Events
Mondaq Social Media