Australia: Medicinal cannabis is effective in relieving pain, according to patients

Since the Turnbull government legalised the cultivation, production and distribution of medicinal cannabis effective October 2016, the estimated 100,000 Australians who'd already been using the medicine have had a rough time in accessing legal and affordable product.

The medicinal cannabis prescription overseer, the Therapeutic Goods Administration (TGA), issuing its 100,000th script last month was a sure sign of progress that many patients tracking developments post legalisation thought would never come.

So, the fact that Australian anaesthetists have officially recommended that health professionals don't prescribe cannabis medicines for chronic non-cancer pain is a further slap in the face for patient groups that will simply lead to longer queues at the doors of black market producers.

And while it's the Faculty of Pain Medicine at the Australian and New Zealand College of Anaesthetists (ANZCA) officially stating the medicine shouldn't be prescribed, patients assert that those producing the pain relief anaesthetists currently use might actually be behind the move.

Dean of the Faculty of Pain Medicine, Associate Professor Michael Vagg, said that, as yet, there's "no evidence from clinical trials to support the use of medicinal cannabis as a treatment", and he added that currently available products don't warrant being utilised in planned pain management.

The faculty produced its recommendation on the back of a similar statement released days prior by the International Association for the Study of Pain, which maintains that it doesn't "endorse the general use of cannabinoids to treat pain".

Professor Vagg further told the Herald last week that "substances like alcohol are more effective pound-for-pound but we don't have extended opening hours at Dan Murphy's for pain patients".

President of the Medical Cannabis Users Association (MCUA) of Australia Deb Lynch warned that the comments around using alcohol as an effective pain relief were "irresponsible" and the comparisons were aimed at further sullying attitudes towards cannabis within the medical profession.

"These experts sit at their desks, desensitised to the cries of those in pain, offering crumbs and platitudes," Lynch told Sydney Criminal Lawyers.

"But when a safe and effective treatment becomes available, they shun it on the purported grounds of not enough evidence."

In response to Vagg's comments, the MCUA has been inundated with members asserting that cannabis has proven effective in pain relief in circumstances where other forms haven't been, and they see a link to a threatened Big Pharma behind the ANZCA recommendation.

Lynch points to the global trend towards the use of medicinal cannabis, which has seen nations, like Canada, the US and Israel, having embraced legalised and regulated cannabis products, with the medicine also having been shown to effectively treat problematic opioid use. 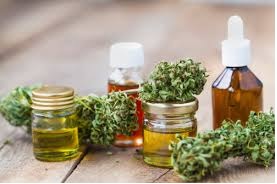 Sydney University Lambert Initiative for Cannabinoid Therapeutics academic director Professor Iain McGregor told to the Herald that while it's true the evidence relating to cannabis pain efficacy is still being compiled, suggesting against its use flies in the face of patients' lived experience.

The professor supports taking a "compassionate approach" to medicinal cannabis, which would entail permitting patients who use the medicines to continue to do so in relation to pain, "while the hundreds of clinical trials around the world build the evidence base for their use".

Lynch has been campaigning for better access to medicinal cannabis since it was made lawful. As a patient, she's spent the last six years battling the red tape involved in obtaining a prescription for conditions that she knows cannabis can treat, yet doctors have been reluctant to prescribe it for.

Having been raided by Queensland police in 2017 and charged with growing and producing her own product, Deb has suggested that paying a court imposed fine would be cheaper than the monthly price she was quoted for legally prescribed medicine once a cannabis clinic was forthcoming with a script.

"Patients want to treat their pain with cannabis because it works," Lynch continued, "not because they're on board some imaginary trojan horse wanting to use cannabis for recreational reasons."

"It's time the medical profession accepted patients' views, stopped pretending to care about patient wellbeing and started doing something to help them," she concluded.