Australia: Overview of the court system in Australia

by Jason Munstermann , John Kettle and David Wilton
McCullough Robertson
Your LinkedIn Connections
with the authors

The Federal Court is a superior Court with jurisdiction to hear civil disputes governed by Federal laws. It hears matters on a range of different subject matter including bankruptcy, corporations, industrial relations, native title, taxation and trade practices laws, and hears appeals from decisions (except family law decisions) of the Federal Circuit Court.

State and territory Courts and Tribunals

The Court hierarchy in each state and territory in Australia varies. All states and territories have a Supreme Court, which is the highest Court within that state or territory. These Courts also have appeal divisions, known as the Court of Appeal (in civil matters), or the Court of Criminal Appeal (in criminal matters).

In most Australian states and territories, the Court hierarchy is as follows:

The District Court deals with civil claims (in New South Wales between $100,000 and $750,000) and all motor accident cases. It also hears less serious indictable criminal offences (except murder, treason and piracy). The District Court determines all appeals from the Local Court.

The Local Court has criminal and civil jurisdiction, dealing with lesser value civil claims (of up to $100,000 in New South Wales) and criminal summary offences. 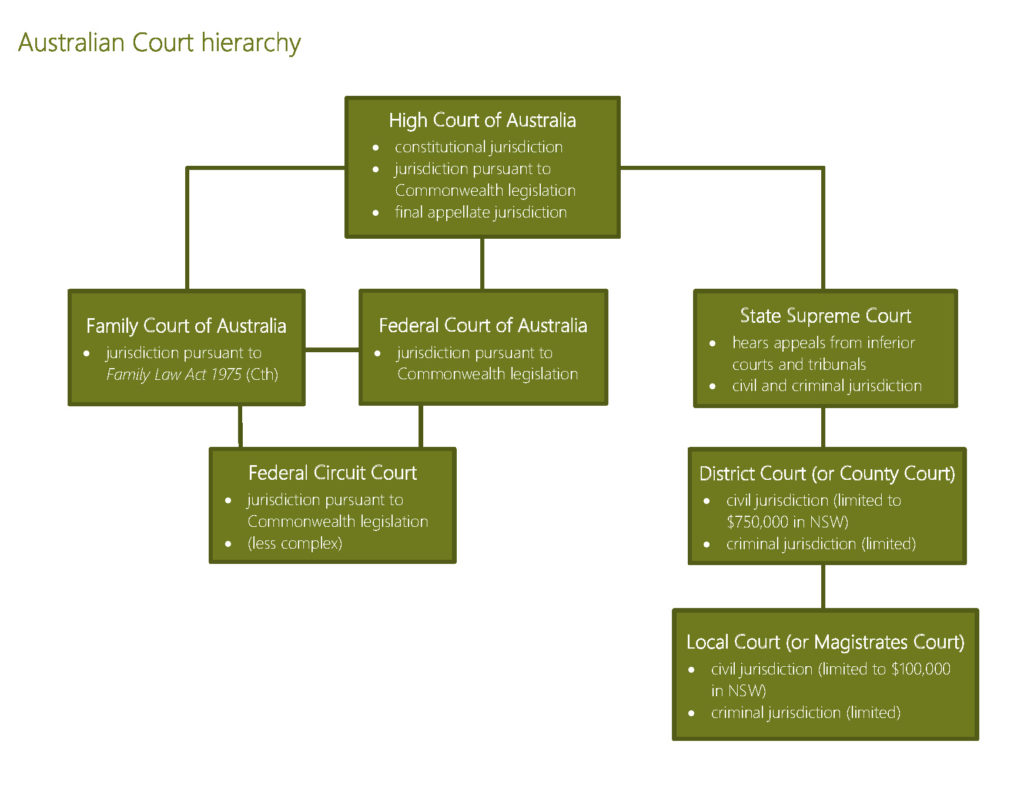