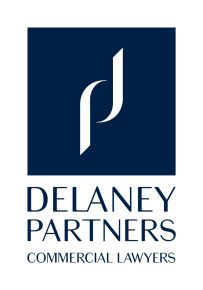 Bahamas: Foreign Arbitral Awards: No Prior Enforcement Needed For Reliance In Insolvency Proceedings

The Bahamas Supreme Court gave an important judgement regarding the efficacy of foreign arbitral awards for being relied upon as the basis of a statutory demand to evidence insolvency of the debtor in the liquidation case of In the Matter of BHP International Markets Limited 2016/COM/bnk/0038. The Court held that prior enforcement of the foreign award under the Arbitration (Foreign Arbitral Awards) Act, 2009 was not necessary and it dismissed opposition to the statutory demand.

The Company sought to have the statutory demand set aside on several grounds, including an argument that the foreign arbitral award must first, by an application for enforcement, be recognized and domesticated as a Bahamian debt before it may be relied upon in The Bahamas. Counsel for the Petitioner countered that it was not necessary first to have commenced enforcement proceedings and that, if the Court were to accept the Company's argument that prior enforcement of the arbitral award were necessary to form the basis of a statutory demand, a natural consequence would be that only judgment creditors would be able to commence liquidation proceedings, which cannot be what Parliament intended. The Petitioner further contended that a creditor has various options available to him and may pursue his rights how he so chooses in accordance with statute.

After extensive review of the companies' liquidation regime pertaining to statutory demands and the arbitration regime regarding enforcement of foreign arbitral awards, the Honourable Mr Justice Ian Winder of the Commercial Division held:

"I do not accept the Company's arguments that [the Petitioner] is precluded from issuing a statutory demand with respect to the payment of sums awarded in a foreign arbitral award. It is clear that the Arbitration (Foreign Award) Act, 2009 (AFAA) does not impose a duty or mandatory obligation on a party in whose favour the award is granted to first enforce that award locally in order to rely upon it...

The Company's opposition to the statutory demand was dismissed and the Company ordered to be wound up on grounds that it was insolvent and that it was just and equitable.