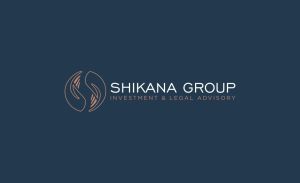 There have been massive changes made to the Arbitration Act, which was effective since1971. There are several consequential amendments in this Act namely amendments to the Criminal Procedure Act, the Civil Procedure Code, the Natural Wealth and Resources (Permanent Sovereignty) Act, the Private Public Partnership Act. In addition, keeping in mind the PPP amendments that occurred back in 2018, the Act has made sure that dispute resolution will now take place from Tanzania.

In addition, the Arbitration Act makes it clear that it will enforce international and domestic arbitral awards while providing the prerequisites to enforce the Foreign Arbitral Awards. Another thing worth noting is that the law also offers clear information regarding elements that could make an arbitral award unrecognizable in Tanzania. Some of the factors include the arbitral tribunal's composition or the procedure not falling in line with parties. Some other factors that are worth considering in relation to the foreign arbitral award are:

One of the most interesting and notable features of this Act is that it led to the introduction and creation of the Tanzania Arbitration Center. The center will help to foster the management and conduct of arbitrations along with the arbitrator's accreditation in Tanzania. In addition, according to the First Schedule of the Act discusses mandatory provisions and their applications.

To simplify things, the changed Arbitration Act in Tanzania aims to foster arbitration use and make it a pivotal part to resolve disputes in Tanzania. This step taken by the government received high praise and came at the perfect time as Tanzania is beginning to transform into a mid-income economy by using industrialization as the main force that drives it.

The new Act is addresses the multiple challenges that Tanzania is facing. The Act will mirror and domesticate a variety of international practices and obligations imposed on the State by international legal instruments. In addition, the Act also proposes a more robust framework to regulate arbitrators. There are 13 parts of The Act. Let us look at what every part has to say:

The first part consists of preliminary provisions. It provides for the application and interpretation of the law. It is vital to keep in mind that the Act will only be applicable for Mainland Tanzania.

The second and third parts provide for arbitration agreement and general provisions. The Act offers general arbitration principles, and touches on subjects like fair dispute resolution without unreasonable expenses or delay. It also goes into detail about noninterference especially from courts unless the law specifically asks for it.

The fourth part provides how the arbitral proceedings are supposed to commence. Part 5 however goes in depth about the arbitral tribunal. The Act also proposes to give the Court the power to make time extensions even if the agreement tends to fix the period.

The sixth and seventh part of the Act covers jurisdiction issues that occur during the arbitral and tribunal proceedings. The tribunal has to act impartially and fairly while adopting suitable procedures that match the circumstances of a particular case.

Part 8 provides provisions on the arbitration costs. The Act essentially restricts arbitration costs to the expenses and fees of the arbitrators, the expenses and fees of any institution (arbitral) and any other costs that is incidental for the proceedings. The Act also gives the Tribunal permission to award some costs if they deem it appropriate.

The ninth part of the Act discusses about the court's power in reference to the arbitral awards. The Act states that there is a possibility of enforcing the arbitral award in a manner similar to a court's order or judgment. The law also states that challenging an award is possible in case of serious irregularities.

The tenth part provides the establishment of the Tanzania Arbitration Center and its responsibility of managing and conducting arbitration. It will also maintain and register a list, which will consist of accredited arbitrators.

The eleventh part discusses the arbitral award enforcement. An arbitral award, whether foreign or domestic, is enforceable or binding.

The twelfth and thirteenth part discuss consequential amendments and other provisions respectively. It is vital to keep in mind that this Act requires any type of arbitration arrangement to conclude for it to be in a position of renegotiation. In addition, the Act also claims that any arbitrator that starts to practice for a fee will need to register first.