Canada: The Five "C"s Of Trip And Fall Liability

In our recent trial victory, Bzdziuch v Loblaws Companies Limited, 2019 ABQB 984, Loblaws was not found liable for the injuries sustained by the plaintiff after she tripped and fell over a pallet while exiting a grocery store cooler room. The plaintiff alleged that after she entered the cooler room, selected her eggs for purchase, and began walking towards the exit, she tripped and fell on an empty pallet that was protruding into the walkway causing significant injuries. 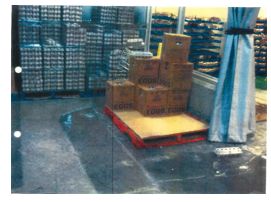 The Court found the plaintiff was not credible, specifically that she was confused or mistaken at times. Also, most of the evidence elicited from her counsel was done through leading questions. In addition, while her counsel argued that the plaintiff was forced to exit the cooler room in a busy crowd with no opportunity to look at the ground, this assertion was contradicted by the plaintiff's own evidence. She testified there were only four people in the cooler room and that when she exited, she moved to avoid some water on the ground. Finally, her counsel argued the defendants were liable because they allowed the pallet displaying eggs to be completely shopped down. The plaintiff first testified there were hardly any eggs on the pallet. She later changed her testimony that there were no eggs on the pallet, at all. In light of this inconsistency, the Court relied on the photographs taken at the scene shortly after the plaintiff's fall which clearly showed the extensive amount of product on the pallet at the time.

The above-mentioned photographs of the scene depicted a stark colour contrast between the dull grey floor and the bright red and yellow pallet. The Court noted that as more product was removed from the pallet, more of the bright red and yellow would show, thus increasing the colour contrast. The Court also found, from a review of the photographs, that the pallet was in a well-lit area, placed adjacent to the wall and window inside the cooler room, and that the pallet formed part of the walkway instead of protruding inside it. As a result, the Court found the colour contrast and placement of the pallet inside the cooler room did not represent a hazard.

The plaintiff argued the defendants breached their corporate policy, specifically their display guidelines. The guidelines called for at least five feet of walking clearance between displays. Since the entrance to the cooler room was eight feet wide and there were similar walkway distances inside the cooler room, the Court found the defendants had not breached their corporate policy and that tripping over the pallet was not a foreseeable risk.

The Court also appears to have assessed contributory negligence. Since there was only one entrance/exit to the cooler room formed by the pallet, the plaintiff must have seen it on her way in. However, she testified she never saw it before her fall, only after. The Court also found that the plaintiff was looking down on her way out because she noticed and avoided water on the ground.

The plaintiff argued there should have been some visual warning about the pallet. However, Justice Brooker dismissed this argument, saying:

It is difficult to conceive of what more the defendants could reasonably have done to protect the plaintiff from her own negligent inattention to where she was walking. It appears from her evidence that she never saw the pallet until after she fell. Yet she had to have walked into the cooler and past the brightly coloured pallet to get her eggs and other items in the cooler before turning around and proceeding to exit the cooler and falling. If she did not notice it then, it is doubtful she would have noticed tape, cones or signs.

As a result, it appears Justice Brooker found the plaintiff 100% contributorily negligent in dismissing the case.

In sum, the Court in Bzdziuch v Loblaws Companies Limited, 2019 ABQB 984, dismissed the case because of the Five "C"s. The plaintiff was not Credible, there was a significant Colour Contrast between the ground and the pallet, the Corporate policy (display guidelines) had not been breached, and the plaintiff was Contributorily negligent.