The Board affirmed a Section 2(a) refusal of the proposed mark US SPACE FORCE for a variety of goods in ten classes, including license plate frames, umbrellas, pillows, and toy spacecraft, finding that the mark falsely suggests a connection with the U.S. Space Force, a branch of the U.S. Armed Forces and a U.S. governmental institution. Applicant Foster APC feebly argued that this provision of the Lanham Act is unconstitutional, but that argument never took flight. In re Thomas D. Foster, APC, Serial No. 87981611 (September 19, 2022) [not precedential] (Opinion by Judge Thomas W. Wellington). 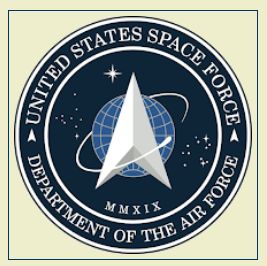 Section 2(a), in pertinent part, bars registration of a mark that "consists of or comprises . . . matter which may . . . falsely suggest a connection with persons . . . institutions . . . ." The U.S. government, as well as government agencies and instrumentalities, are considered juristic persons or institutions within the meaning of the statute. "[T]he rights protected under the § 2(a) false suggestion provision are not designed primarily to protect the public, but to protect persons and institutions from exploitation of their persona."

To establish that a proposed mark falsely suggests a connection with a person or institution, it must be shown that:

Applicant Foster did not argue that the proposed mark is not the same as the name of the U.S. Space Force branch of the U.S. Armed Forces. Foster claimed that its (intent-to-use) filing date preceded the formation of the U.S. Space Force, and therefore the "previously used" requirement of the first element was not met. The Board pointed out, however, that this is not a question of priority as in a likelihood of confusion context. In fact, Section 2(a) may be violated even if the name in question was never used as a trademark (e.g., see the ROYAL KATE case). In any event, the military branch was the actual prior user.

The Board noted that the U.S. Space Force received "considerable attention since it was announced in 2018," and has been prominently featured in major new publications. Nonetheless, Applicant Foster argued that its proposed mark does not point "uniquely and unmistakably" to the U.S. Space Force. 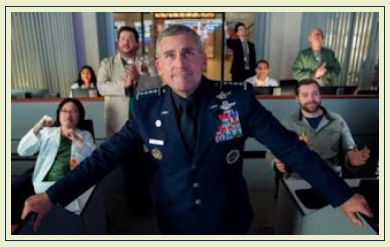 Foster also pointed to a 1987 cartoon series called "Starcom: the U.S. Space Force," which aired in 1987. However, that show was not very successful and was cancelled after one season," and so the Board found it unlikely that any significant portion of the public would associate Foster's mark with that cartoon series.

Foster submitted the results of a Google survey in which 22.5% of respondents said that US SPACE FORCE points to a branch of the military, 22.2% said Donald J. Trump, 20.6% said NASA, 10.2% said a Netflix television show, and 24.6% said "none of these." The Board found the survey to be flawed and non-probative. In any case, the results showed that abut 65% of the respondents believed the term US SPACE FORCE pointed to the U.S. Government in one form or another.

We agree with the Examining Attorney to the extent that various governmental entities, including the broad term U.S. Government to President Trump to the agency U.S. Space Force, can all be characterized as government instrumentalities and used interchangeably for purposes of explaining the origin and creation of the latest military branch of the U.S. Armed Forces, namely, the U.S. Space Force.

Finally, relying on Matal v. Tam and In re Brunetti, Foster contended that the false connection provision of Section 2(a) is unconstitutional. The Board observed, however, that the constitutionality of this provision was considered and confirmed in 2020 in In re Adco Industries (The TRUMP-IT case) [TTABlogged here].