by Deloitte Nigeria (Lagos)
Deloitte Nigeria
Your LinkedIn Connections
with the authors
To print this article, all you need is to be registered or login on Mondaq.com.

President Muhammadu Buhari presented the 2018 Budget of the Federal Government of Nigeria (FGN) to a joint session of the National Assembly on Tuesday, 7 November 2017. The Budget, tagged Budget of Consolidation, is aimed at ensuring growth and stability as Nigeria recovers from a period of economic recession. The President had earlier submitted the Medium Term Expenditure Framework and Fiscal Strategy Paper for 2018 to 2020 (MTEF/FSP) to the National Assembly for approval.

Total expenditure for 2018 is projected at ₦8.61 trillion with expected revenue of ₦6.61 trillion resulting in a deficit of N2.0 trillion.

A snapshot of the projections and underlying assumptions are set out below. 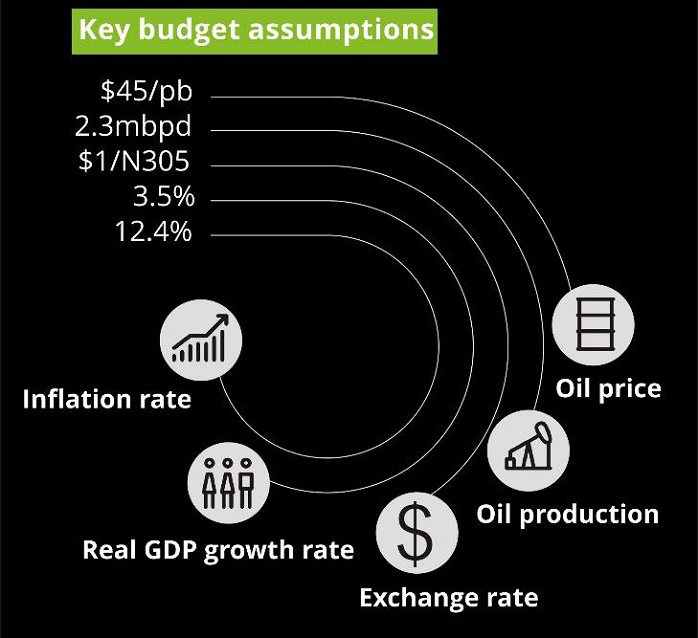 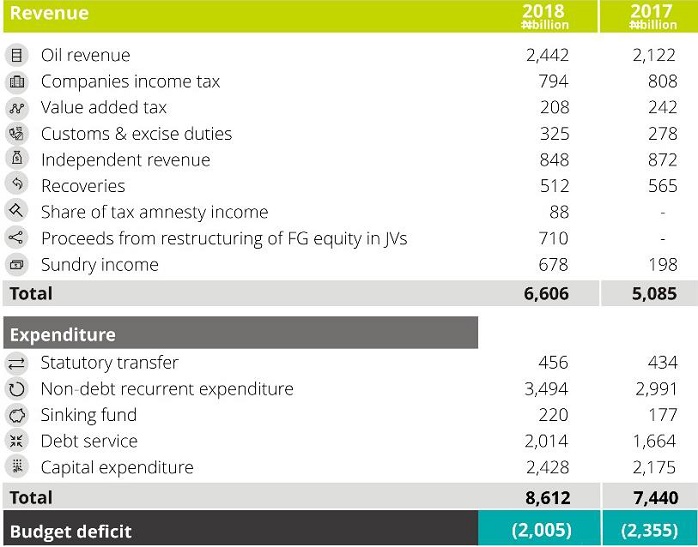 Key highlights of the Budget

Total expenditure for 2018 is projected at ₦8.61 trillion. This represents a nominal increase of approximately 16% over the 2017 budget estimate of ₦7.44 trillion. 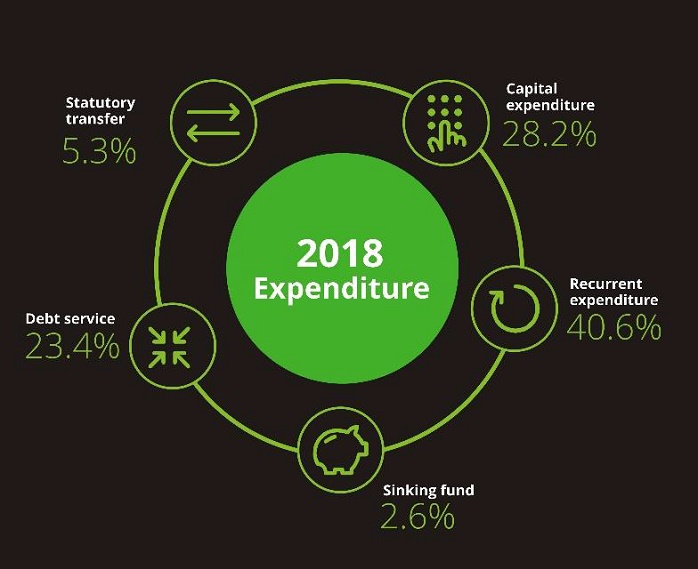 In line with the Economic Recovery and Growth Plan (ERGP), capital expenditure (inclusive of statutory transfers), constitutes 30.8% (₦2.43 trillion) of aggregate expenditure, compared to 29.2% (₦2.17 trillion) in 2017. Capital allocations in 2018 represents an increase of about 12% over the 2017 estimates.

Ministry of Power, Works and Housing is poised to receive the highest capital allocation with a budget of ₦555.9 billion followed by the Ministry of Transportation comes with projection of ₦263.1 billion. 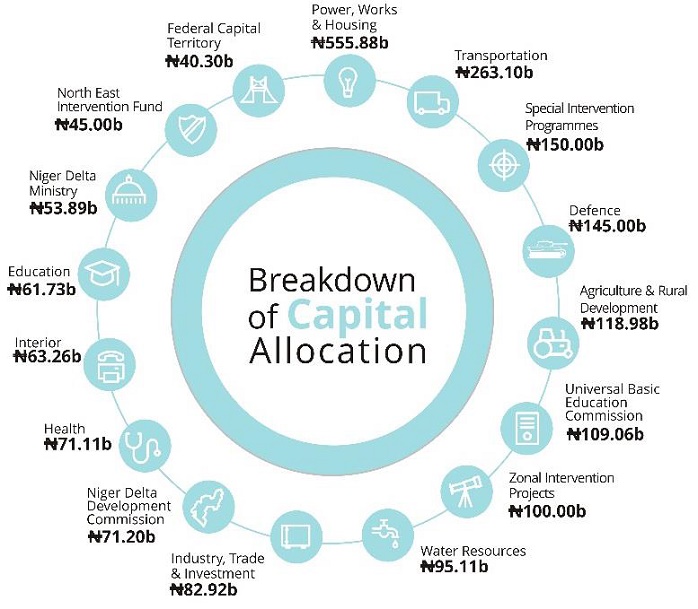 Estimated non-oil tax revenue includes proceeds from the proposed restructuring of FGN's equity in joint ventures in the oil and gas sector as well as recoveries and proceeds from the on-going tax amnesty programme (Voluntary Asset and Income Declaration Scheme). 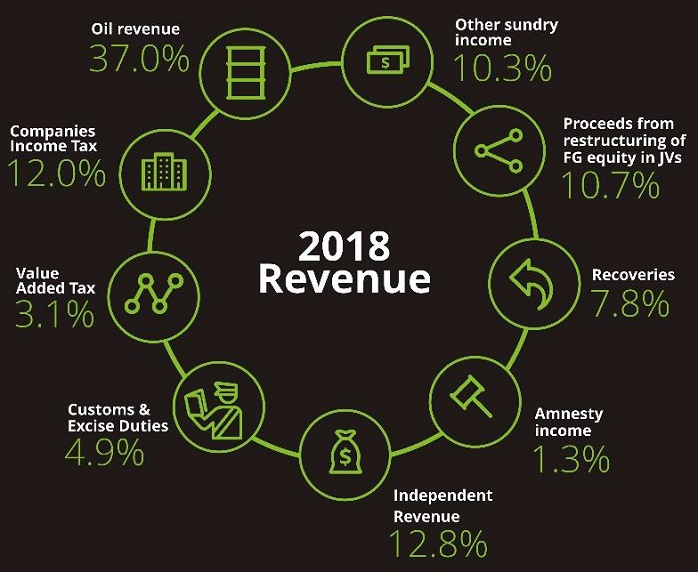 It is envisaged that the fiscal deficit will be funded largely by net borrowings sourced locally and internationally, estimated at N1.70 trillion and proceeds from sale/restructuring of government non-oil assets estimated at N306 billion.

The above revenue projections are based on the following assumptions.

Given that average oil production in 2016 was 1.82mbpd and 1.9mbpd as at July 2017, and also bearing in mind the impact of the palliative measures used to tackle production challenges that beset the country, this projection appears realistic. This is more so as the actual oil production peaked at 2.2mbpd in June 2017.

The budget also proposes a benchmark oil price of $45pb for 2018. This is based on World Bank's expectation of positive movements in global oil prices in the near term due to predictions of rise in oil demand, extension of OPEC/non OPEC2 output cut agreements, greater compliance by producers, and supply outages among major exporters.

The medium term benchmark prices appear conservative considering that actual oil price in 2016 was $42pb against a benchmark of $38pb, and $49.8pb as at July 2017 compared to benchmark price of $44.5pb. This is to cushion the effects of price fluctuations.

Non-oil revenue projections are guided by expected growth in non-oil output and improved efficiency in revenue collection as described below.

The 2018 budget is geared towards building on economic recovery accomplishments and achieving sustainable economic growth in the medium term, while ensuring increase in non-oil revenues and capital expenditure. However, taking a cue from the underperformance of the 2017 budget implementation, the FGN will need to take steps that will ensure full implementation of the budget in 2018 to facilitate the achievement of FGN's set goals for the year.