Isle of Man: DPA, SARs And The GDPR: Why You Should Be Paying Attention To These Acronyms

In light of the much publicised General Data Protection Regulation ("GDPR") and the Council of Ministers commitment within its Programme for Government 2016-2021 to updating the Data Protection Act 2002 ("DPA") to "Ensure the Island's legislative position is equivalent [to the GDPR]... by May 2018" it can safely be said that the DPA is having a moment. 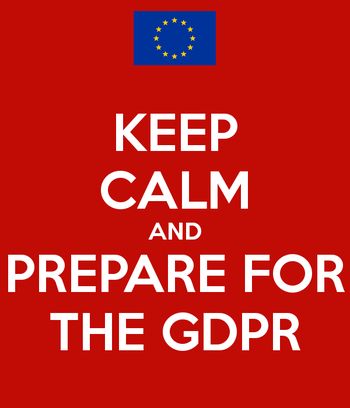 The proverbial spot light is further intensified by a number of recent high profile subject access judgments from the Court of Appeal (England and Wales) which, given that the DPA is based upon the UK's Data Protection Act 1998 ("DPA 1998") and gives effect in the Island to Directive 95/46/EC of the European Parliament and of the Council of 24th October 1995 (the "Directive") on the protection of individuals with regard to the processing of personal data and on the free movement of such data, the Isle of Man should be slow to ignore.

In the briefest of terms, section 5 of the DPA supplies persons or "data subjects" with the right of access to "personal data".  In layman's terms, section 5 provides – subject to key exemptions - an individual with the right to ask for, and be provided with, any information that an organisation ("data controller") processes about him or her where he/she can be identified from the information on its own or when combined with other information.

Presently, provided the request satisfies certain requirements, the DPA dictates that a SAR must be complied with within 40 days.  This timescale will shorten to one month under the GDPR (and the volume of information will increase, but that's an article for another day!).

Looking to 'Across' for Guidance

Section 5 of the DPA mirrors section 7 of the DPA 1998, which has been the subject of much judicial scrutiny in recent months.  Each of the cases below arose in consequence of applications made under section 7(9) of the DPA 1998, which provides that, if a court is satisfied, on the application of any person who has made a SAR, that the data controller has failed to comply with the request in breach of the legislation, the court may order compliance.

This judgment provided welcome clarification on the scope and application of various aspects of an individual's right to make a SAR, including:

i. Legal Professional Privilege Exemption
The DPA provides for an exemption from the requirement to provide personal data in response to a SAR where a claim of legal professional privilege ("LPP") could be maintained in respect of that data.

In Dawson-Damer the Court considered that a narrow interpretation of the LPP exemption must be taken insofar as the DPA only related to LPP as applying within the jurisdiction of the DPA.  Further, that the LPP exemption does not extend to or include a trustee's right of non-disclosure. i.e. notwithstanding that the Privy Council in Schmidt v Rosewood Trust Ltd [2003] described the jurisdiction to withhold disclosure as an "aspect of the court's inherent jurisdiction to supervise (and where appropriate intervene in) the administration of trusts", the Court in Dawson-Damer could find no relevant purpose or aim of the Directive such that would include a trustee's right of disclosure as falling within the LPP exemption of the DPA 1998.

The practical effect of this interpretation will be borne out of the facts on a case to case basis to determine whether disproportionate effort is involved in finding and supplying the information weighted against the benefit it could bring to the data subject.

iii. Relevance of Motive in a SAR
The mere fact that a person has a collateral purpose does not invalidate a SAR or relieve the data controller from his obligations.

While some commentators may have been quick to predict an opening of the floodgates as regards SARs consequent to this judgment, the landscape remains far from clear in light of the joined appeals of:

These cases concerned the interpretation of section 7(9) of the DPA 1998 [s5(9) DPA] which provides that if a court is satisfied, on the application of any person who has made a SAR, that the data controller has failed to comply with the request in breach of the provisions of the legislation, the court may order compliance.

These two appeals were heard together by the Court of Appeal (England and Wales) as both raised issues relating to subject access under the DPA 1998. The specific facts of each case are irrelevant save that each case involved a wide ranging SAR and arguments of proportionality as regards compliance.  The Court of Appeal refused to exercise the discretion under section 7(9) DPA 1998 to order either data controller to take further steps in subject access compliance.  In brief, it was held:

These judgments indicate to us a trend that leads DQ to predict that phrases and acronyms such as GDPR and 'data protection' will be among the buzzwords for 2018**.  As the enhanced rights of the data subject under the GDPR become more widely known and understood, issues surrounding data protection, to include SARs, will become more commonplace as the DPA takes its place amongst the mainstream torts.

** not forgetting of course, Equality.

ARTICLE TAGS
Isle of Man Privacy Data Protection
POPULAR ARTICLES ON: Privacy from Isle of Man
Data Protection Regulation: Compliance Starts Today
ELVINGER HOSS PRUSSEN, société anonyme
The requirements imposed by the GDPR entail extensive work for undertakings processing personal data under the threat of heavy administrative sanctions (up to 4% of worldwide annual turnover or EUR 20,000,000, whichever is higher).
EDPB Contribution To The Evaluation Of The GDPR
ELVINGER HOSS PRUSSEN, société anonyme
The European Data Protection Board ("EDPB") and the national supervisory authorities ("SAs") have reviewed and evaluated the GDPR.
The DIFC Data Protection Law 2019: How To Manage Personal Data (Part 2)
Gowling WLG
Following our first article on the key changes to the DPL 2019, DIFC-based companies now need practical advice on how their organisations should manage the Personal Data they Process as part of their business operations.
CNIL - French Data Protection Supervisory Authority's Strategy For 2020
ELVINGER HOSS PRUSSEN, société anonyme
On 12 March 2020, the French Data Protection Authority("DPA") announced its objective for the year 2020 to conduct formal procedures of control over processing activities based on a thematic approach.
Privacy And Personal Data In Covid-19 Affected Cyprus
Michael Kyprianou Advocates & Legal Consultants
Recent days have been unprecedented for the vast population worldwide. Governments were called to take immediate measures for the protection of public health and come up with on the spot schemes to combat any problems...
COVID 19 - EDPB Statement On The Processing Of Personal Data
ELVINGER HOSS PRUSSEN, société anonyme
On 19 March 2020, the European Data Protection Board ("EDPB") issued a statement concerning the lawfulness of personal data processing resulting from the emergency measures taken by governments...
FREE News Alerts
Sign Up for our free News Alerts - All the latest articles on your chosen topics condensed into a free bi-weekly email.
Register For News Alerts
Article Tags
Isle of Man Privacy Data Protection
Similar Articles
Powered by mondaq AI
MATCH
76%
Guide To Data Protection In The Isle Of Man Appleby
66%
The Right To Be Forgotten Appleby
76%
Guide To The Isle Of Man Data Protection Act Appleby
Related Articles
A Year of Change – The Information Commissioner's Annual Report 18/19 DQ Advocates
Practical Implications Of Brexit – Data Protection Simcocks
Further Update On The Isle Of Man's Implementation Of GDPR Appleby
Update On The Isle Of Man's Implementation Of GDPR Appleby
Mind The Gap PwC Isle of Man
Mondaq Advice (MACs)
Turkey Protection of Personal Data: Frequently Asked Questions (FAQ)
Turkey The EU General Data Protection Regulation and the Turkish Personal Data Protection Law
More MACs
Upcoming Events
Mondaq Social Media