Patent linkage may be regarded as a link between the marketing approval of the generic product and the patent status of the originator reference (innovator) product. Marketing Approval ensures the safety and efficacy of a pharmaceutical product. However, the patent gives exclusive rights to a patent holder to prevent others from making, selling, using, importing, and offering to sell a patented product. A patent provides exclusive rights to a patent holder for a period of 20 years and no generic could be brought to the market for sale until the patent of the originator reference product is in force. Therefore marketing approval cannot override the patent rights.

Under the Hatch-Waxman Act, an Abbreviated New Drug Application (ANDA) now contains the bioequivalence data which facilitates the entry of generics into the US market without any requirement of submitting costly clinical (humans) and preclinical (animal) data to ensure safety and efficacy. All the innovator or generic drugs approved by the FDA are entered in the orange book. However, ANDA applicants must have to certify the following conditions:

(1) the drug has not been patented

(2) the patent of the innovator drug has expired

(4) the patent is not infringed on or is invalid

India has not adopted Patent linkage yet. A generic manufacturing company can apply forth marketing approval of a generic product even if the patent status of the originator reference product is valid. However, the approved generic drug cannot be brought to the market if the patent of the originator drug is in force. There are different authorities responsible for the grant of a patent and marketing approval in India. The authority responsible for the granting of patents is the Indian Patent Office, and the national regulatory authority responsible forgiving marketing approval to pharmaceutical products is the Central Drugs Standard Control Organization (CDSCO). The Drug Comptroller General of India (DCG) provides marketing approval in accordance with the Drug and Cosmetic Act 1940. Moreover, the CDSCO does not maintain any register of patented pharmaceuticals like the orange book in the US. There is no linkage between the patent rights and marketing approval of generic drugs in India. Patent linkage is not applicable in India, but a direct attempt to push Patent linkage was attempted by Bristol-Myers Squibb Company (Bristol-Myers Squibb Company & Ors v.Dr. BPS Reddy & Ors, I.A.No. 3696 of 2013,I.A.No. 13386 of 2013, I.A.No. 11383 of 2014in CS (OS) No. 2680 of 2008 prohibiting the Drug Comptroller General of India (DCGI)from granting marketing approval for a generic version of Sprycel (dasatinib, used to treat chronic myeloid leukemia) and secured an exparte injunction.

Next came the High court judgment of Bayer Corporation and Ors v. Cipla of India (UCI) and Ors, 162 (2009) DLT 371, which has given clarity over Patent linkage in India. Bayer has attempted to prohibit the Drug Comptroller General of India (DCGI) from granting marketing approval to Cipla for a generic version of Soranib.

The Court has disapproved Patent linkage citing several reasons for its decision:

1) Two state authorities (Indian Patent Office and DISCO) operate solely with different objectives. The Drug and Cosmetic Act has no statute which denies the approval of generic drugs when the patent is in force. Moreover, the DCGI is only responsible for the safety and efficacy of the generic drug and the ensuring of other necessary infrastructural facilities required forth manufacturing of the drug. Furthermore, the market approval of the drug is only liked to the conditions given in the Drug and Cosmetic Act.

2) The Court has further clarified that courts cannot establish or decree a Patent linkage, desired by Bayer as it would be a policy choice avoided by the Parliament.

3) The Court has clarified that Article 27 of the TRIPS agreement clearly states that the patents are to be made available without any discrimination of technology and Patent linkage applies to pharmaceuticals only.

Patent linkage is favourable for the Big Pharma companies that invest a significant sum of money in the research and development of new and innovative drugs as it provides second-tier protection for a patent monopoly. As discussed, the High Court has already decided that there is no provision of patent linkage in India. However, it can be a beneficial provision, if adopted carefully taking into consideration the public health, interests of big pharma companies and the generic manufacturing companies.

Patent linkage is yet not a provision adopted in India. Basically, Patent linkage disallows marketing approval of the generic drug till the patent of the originator reference drug is valid. 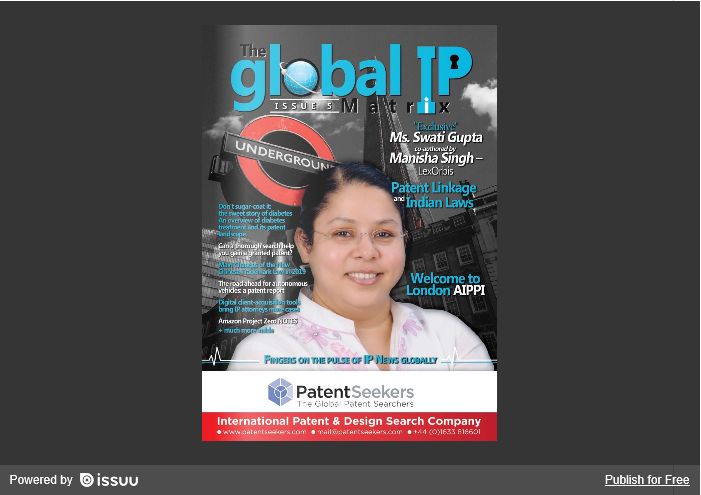 Article was 1st published in the Global IP Matrix