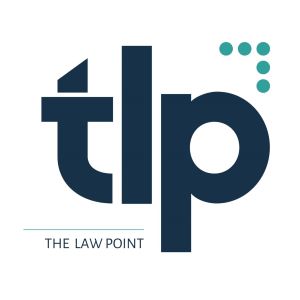 Leaving a major imprint upon the nascent insolvency law regime, the Essar Steel insolvency debate has touched upon almost every aspect of the Code except achieving one its major objectives i.e. speedy resolution of the corporate debtor. Its resolution process has faced serious impediments – continuous struggle between the Committee of Creditors, its bidders such as Arcelor Mittal, Numetal etc.; disqualification of bidders, enactment of Section 29A are naming a few. Adding on to this list, a new twist that has come to limelight is the effort of the Ruia family whereby they have offered to pay approximately INR 54,000 crores to the lenders while seeking to withdraw the insolvency petition against the company in return. This attempt of the Ruias is said to have come under the intention to retain control over Essar steel. Consequently, it has also attracted opposition from Arcelor Mittal who had won the bid after investing much time and effort.

The question of whether withdrawal of insolvency applications can be preferred is addressed under Section 12A of the Insolvency and Bankruptcy Code (IBC). Introduced through the 2018 amendment, the provision stipulates the circumstances under which a company can withdraw from the insolvency process. For such purposes, an essential requirement is the approval of 90 percent of Committee of Creditors (CoC). The legislative intent behind the amendment envisaged for providing a strict procedure for withdrawal so as to protect the sanctity of the corporate insolvency resolution process. A press release from the Ministry of Corporate Affairs and Regulation 30A Insolvency and Bankruptcy Board of India (Insolvency Resolution Process for Corporate Persons) Regulations, 2016 (IBBI Regulations) further clarified that such withdrawal will only be permissible before publication of notice inviting expressions of interest (EoI).1

One of the major impediments against the withdrawal of the process by the Ruia family is that it occurred at a very late stage as compared to what is provided under the provision. However, this provision did not exist at the time when the expressions of interest were invited. Now that such provision exists, the Ruias aim at making the best use of it as they claim that the proposal offers maximum value to the stakeholders and lenders. Alternatively, the attempt of the Ruias can also be said to thwarting the process due to unnecessary delays and confusion. Such backdoor entries may be mala fide in nature and mislead the lenders.2

Aiding the Ruias argument, the Supreme Court has very recently passed an order in the matter of Brilliant Alloys.3 The Apex Court had warranted for a harmonious interpretation of Section 12A of the IBC and Regulation 30A of IBBI Regulations. While allowing for settlement of proceedings, the Court allowed for annulment of insolvency proceedings.

How far would these precedents come to the aid of the Ruia family is still to be answered. Given that the latter of these precedents is applicable to reconsideration of resolution plans submitted beyond the stipulated time period, the Ruias case does not fall under this matrix as it seeks for withdrawal and does not give any resolution plan.5 Further, the ruling in Brilliant Alloys also sets a rule which is directory and not mandatory in nature. It must be borne in mind that while arriving to such conclusion, the court also opined that this principle has to be construed in light of factual matrix of each case. If the facts and circumstances do not warrant for application of the ruling, it will be difficult for the Ruias to retain its control on Essar Steel.

In another case of Lokhandwala Kataria Construction Limited v. Nisus Finance and Investment Managers, LLP,6 which dealt with the manner in which withdrawal applications must function under the IBC, the NCLAT had opined that the withdrawal of insolvency is possible only before the admission of insolvency application and same cannot be withdrawn once the order for admission is issued and Moratorium is declared. However, like the Omkara case, the Supreme Court had approved the withdrawal application by utilising its powers under Article 142 of the Constitution of India. Given that the Supreme Court has wide powers under Article 142 to do complete justice, it may even accept the proposal of the Ruia family if at all the dispute rises to that level.

Exercising its powers under Article 142 by the Supreme Court for ordering withdrawal of insolvency resolution process will only be justified if there is a lacuna in the law. However, IBC provides for a clear policy framework for non-withdrawal of insolvency process. By allowing such withdrawal application at a later stage, it is possible that the interest of all other creditors will be severely affected.