by Soumen Ghosh
King, Stubb & Kasiva
Your LinkedIn Connections
with the authors
To print this article, all you need is to be registered or login on Mondaq.com.

Since 1991, India has made serious strides towards the policy of economic liberalisation and towards offering clear and navigable pathways into investing in the country. The government has introduced several investment-friendly initiatives because it recognises the value of making India an attractive hub of investment for individuals, both national and foreign. Some steps have involved offering special privileges such as tax exemptions, healthy corporate ecosystems and access to one of the largest consumer bases in the world.

Statistics reflect the effectiveness of these steps. According to reports, India attracted foreign investments up to 81.72 billion USD in FY 2020 – 2021 – a figure 10% higher than the previous year. To do so during the peak of the pandemic is certainly indicative of a worldwide economic shift away from China and further, of the generous investment policies offered by India. Key contributors to foreign direct investments (FDIs) are Singapore and USA and the states that attracted the most investment were Gujarat, Maharashtra and Karnataka. The government is keen to expand on these figures and one of the proposed moves is the development of the GIFT City and the IFSC (Indian Financial System Code) in Gujarat.

What Is the GIFT City?

The City, which is still under development, is purported to be the next big global financial hub much like New York or Singapore. The idea has been in development for more than a decade now. The City aims to focus on integrated development of 886 acres with 62 million square feet of built-up area constituting 67% of commercial space, 22% of residential space and 11% of social space. 1 It will notably consist of a conducive Multi-Service SEZ and an exclusive Domestic Tariff Area (DTA).

An IFSC (International Financial Service Centre) is a jurisdiction providing financial services to both residents and non-residents, in foreign currency. The IFSC in Gujarat is the multi-service SEZ (Special Economic Zones) in the GIFT City which is being situated to provide easy access to the Indian economy. In January 2017, Prime Minister of India, Narendra Modi inaugurated India's first international exchange in IFSC. This exchange includes trading across all

asset classes such as equities, currencies, commodities, and fixed-income securities. The GIFT City SEZ is the only place in India to be designated as an IFSC and the IFSC is India's first offshore financial centre. Currently, there are more than 125 licensed financial entities in IFSC. Over the years, it has witnessed dozens of vital regulatory developments such as the issuance of IFSC operating guidelines for Indian and foreign insurers by IRDAI (Insurance Regulatory and Development Authority) in 2017, to the setting up of India's first International Bullion Spot Exchange in 2020 and the issuance of the framework for aircraft operating leases by the IFSCA in 2021. It also offers demarcations for domestic and export-oriented units; resident individuals are permitted to invest in foreign securities via IBUs. Recently, further light was shed on the status of tax exemptions regarding offshore fund management & offshore banking at IFSC in the Union Budget 2022. The Finance Minister has emphasised, via the following points discussed below, that the IFSC is intent on providing a very competitive cost of operations with various tax benefits, single-window clearance and CSR relief under various company law provisions.

The government's proposed income tax incentives aim to promote various business activities such as ship leasing & financing, offshore fund management & offshore banking activities at GIFT City. The union budget seeks to provide that income of a non-resident from offshore derivative instruments, or over the counter derivatives issued by an offshore banking unit, income from royalty and interest on account of lease of ship and income received from portfolio management services in IFSC shall be exempt from tax, subject to specified conditions. 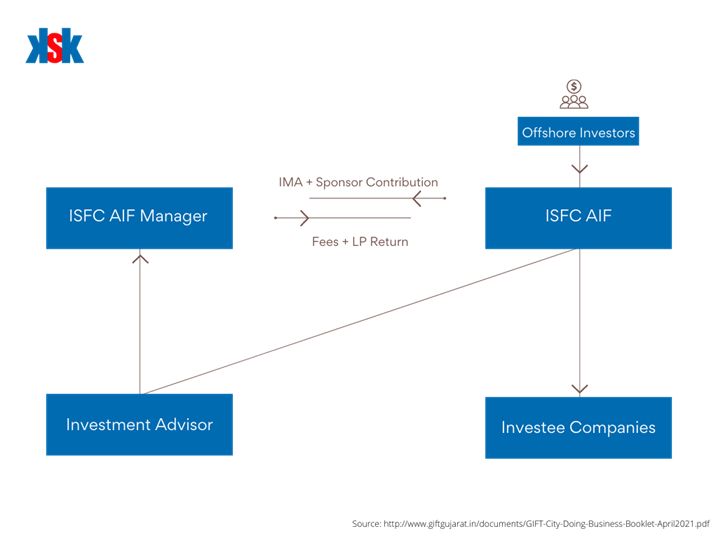 These measures are expected to give offshore fund managers plenty of breathing room with regard to structuring funds based on negotiations with investors to improve upon returns. The tax incentives provided in IFSC would encourage foreign investments in the financial services sector in India and enhance transacting with OBUs set up in IFSC. The incentives provided to aircraft leasing activities in IFSC had seen a lot of traction with many aircraft leasing companies setting-up operations in IFSC. Providing similar incentives to ship leasing operations is likely to see the same result.

The Government has been consistently providing income tax incentives to encourage setting-up units in IFSC, which at the moment is located in the GIFT City. Carrying forward such a trend, the Union Budget 2022 has also laid

down a plethora of proposals to provide incentives to units setting up in and doing business in IFSC. The creation of state-of-the-art infrastructure would further augment this initiative. Providing tax exemptions on various instruments issued by OBUs would attract non-resident investing in India, thus strengthening the Indian financial services sector. Incentivizing 'ship' leasing activity would boost shipping companies to carry out ship leasing through IFSC as against any other overseas jurisdiction with which India has a favourable tax treaty.