Malaysia: A Guide To Labuan IBFC

by Labuan IBFC Inc.
Labuan IBFC Inc
Your LinkedIn Connections
with the authors
To print this article, all you need is to be registered or login on Mondaq.com.

The Labuan International Business and Financial Centre (Labuan IBFC) was established more than 25 years ago to complement:

The Labuan Financial Services Authority (Labuan FSA) is the one-stop regulator for the jurisdiction while its wholly-owned subsidiary, Labuan IBFC Inc Sdn Bhd, promotes and markets Labuan IBFC as the preferred international business and financial centre in Asia Pacific.

Labuan IBFC offers a wide range of structures and solutions. The diagram below illustrates the main areas of focus: 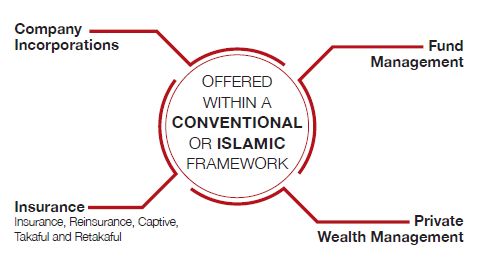 Four Acts were enacted in 2010 by the Malaysian Parliament and comprehensive amendments were made to four existing Acts during the same year.

As a result, Labuan IBFC is now governed by the following legislations:

The tax laws relating to Labuan entities are set out in the Labuan Business Activity Tax Act 1990 (LBATA).

According to Section 4(1) of LBATA, tax shall be charged at a rate of 3% a year on the net audited profits of a Labuan entity carrying on a trading activity.

Foreign exchange control rules, foreign ownership limitations, capital gains tax, estate or inheritance taxes and indirect taxes which may apply in Malaysia, do not apply to Labuan companies or structures.

The advance ruling provisions provided by the Inland Revenue Board is also available to Labuan entities under LBATA.