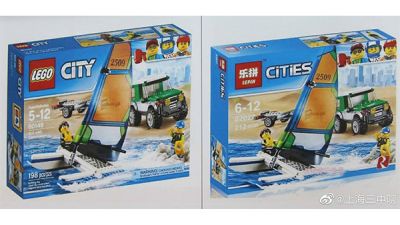 LEGO, famous for its toy bricks all over the world, wins another major intellectual property lawsuit against LEPIN in China.

On September 2nd, 2020 the Shanghai No.3 Intermediate People's Court has sentenced nine defendants in prison. The main culprit was sentenced for six years and with a fine of 90 million yuan. The nine-member gang has designed, produced and sold "LEPIN" toys that similar to LEGO toys regarding packaging, design and building Instructions.

The final amount of crimes identified reached more than 330 million yuan, which is a very rare high amount of illegal business in IP enforcement cases. The court held that the nine defendants has reproduced or distributed Lego's copyrighted artwork for profit without the permission of the copyright owner, and has constituted crime of infringement of copyright. The court also held that the defendants' behaviour seriously damaged the economic order of the socialist market; the criminal circumstances in this case are particularly serious, and social hazards are great. This case shows that China takes strides in IP protection. 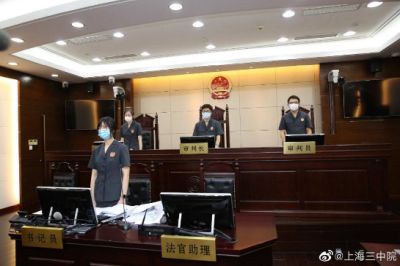 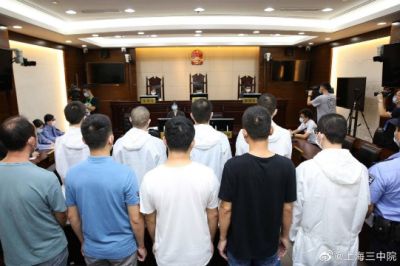 In the year 2007, Lego was recognized as a well-known mark by the Beijing High people's Court.2 Lego has also won cases through anti-unfair competition law, one of which is also against the LEPIN.3 These rulings show Lego's continuous engagement in using the wide system of IP law to fiercely protect its brands. Why LEGO takes so much efforts to combat piracy?

One reason is that these copycats will take away part of the market which will cause financial loses to LEGO. China is an important market to Lego. The price of many copycats is usually only one-tenth of the genuine LEGO toy, and this low-price strategy has attracted many consumers.

Another reason is that copycats of LEGO are usually of inferior quality, which may bring safety hazard to users. This will indirectly damage the reputation of LEGO. A website with toy bricks' information showing that LEPIN is not the only one that sales toy bricks similar to LEGO. There are also LELE, LEJI etc.

According to the BBC, some copycats are so convincing that even fooled Lego's China boss.4 The victory of LEGO v. LEPIN case can be used as a useful weapon in LEGO's future rights protection actions. This decision is also very important for all toy bricks companies for its positive impact on a favourable business environment. 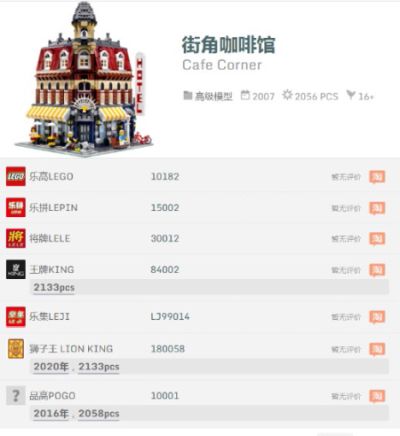 This case will also encourage brand owners to protect their trademarks by reporting evidence of a crime or criminal suspect to a public security authority, a people's procuratorate, or a people's court.

A victory of a criminal case can effectively combat intellectual property infringement crimes from the source.

ARTICLE TAGS
China Intellectual Property Copyright
POPULAR ARTICLES ON: Intellectual Property from China
Assignment And Licensing Of Copyright
S&A Law Offices
Copyright is a protection given to the creators of certain types of works as an acknowledgment to their intellectual input
Protection Of Movie Title As A Trade Mark – The 'Sholay' Protection
Shardul Amarchand Mangaldas & Co
In a recent judgement disposing of a long pending lawsuit, the Hon'ble Delhi High Court in Sholay Media Entertainment & Ors. v. Yogesh Patel & Ors has held that titles of films are eligible for protection as a trade mark...
Difference Between Passing Off And Infringement Of The Trade Mark
Khurana and Khurana
A Trade mark may be defined as a lawfully protected abstract, word, symbol, color, mark, slogan or a mixture of those related to an organization or a selected product that differentiates it from the others accessible within the market.
IP Violations On Social Media Platforms And The Role Of Intermediaries
Sujata Chaudhri IP Attorneys
The power of social media as a virtual platform for disseminating content created by an individual or entity is limitless. Social media is, by and large, ...
Headline: Navigating The Metaverse: Where Content Continues To Be King
Khaitan & Co
You may have seen videos of virtual avatars experiencing a concert, attending a festival or experiencing a famous real-life landmark in a digitally created space or...
Patent Law in India
Anand & Anand
The Patents Act 1970, along with the Patents Rules 1972, came into force on 20th April 1972, replacing the Indian Patents and Designs Act 1911. The Patents Act was largely based on the recommendations of the Ayyangar Committee Report headed by Justice N. Rajagopala Ayyangar. One of the recommendations was the allowance of only process patents with regard to inventions relating to drugs, medicines, food and chemicals.
FREE News Alerts
Sign Up for our free News Alerts - All the latest articles on your chosen topics condensed into a free bi-weekly email.
Register For News Alerts
Article Tags
China Intellectual Property Copyright
Similar Articles
Powered by mondaq AI
MATCH
54%
AFD China Newsletter - April 2022 AFD China
46%
China IP Highlights: April 2021 (Issue 2) Rouse
46%
IP In China: Key Cases From 2021 And The Outlook For 2022 Gowling WLG
44%
China's Top 10 Copyright Events In 2021 AFD China
40%
China Monthly Antitrust Update - May 2022 Dentons
Mondaq Webinars
Global Life Sciences M&A: Market Overview and Trends
Dechert
Webinar London UK
Funding or insurance? Commercial Approaches for Litigation and Arbitration
Erso Capital Advisors LLC
Webinar California United States
More Webinars
Comparative Guides
Franchising
International Arbitration
Patents
Trademarks
More Guides
Mondaq Advice Centres
Global
Trademarks in SAARC Countries
More MACs