Australia: Beware claw-back of contributions to superannuation before bankruptcy

Intent is only part of the equation.

In last months' newsletter, we highlighted some important considerations for bankrupts who withdraw funds from superannuation (which is a protected asset) during their bankruptcy. In this article, we consider the circumstances in which a bankruptcy trustee can set aside contributions made into superannuation before someone is made bankrupt.

For a person approaching an inevitable insolvency status, there may be a temptation to transfer property into the name of a spouse or trusted friend, or into either existing or newly established trusts or companies. The Bankruptcy Act 1966 therefore establishes a regime which enables bankruptcy trustees, in certain circumstances, to 'claw back' property transferred by a person who later becomes bankrupt. The two main provisions are Section 120 and 121 of the Bankruptcy Act.

Other provisions are available to bankruptcy trustees where the bankrupt has made a transfer of property into superannuation. Section 128B of the Bankruptcy Act provides transfers made by a debtor are void if:

Section 128C of the Bankruptcy Act is also relevant, which involves circumstances where the person contributing to the superannuation fund is a third party (e.g. employers making contributions under a salary sacrifice arrangement). 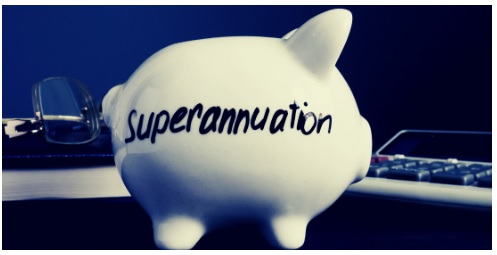 This intention can be deemed by the actual or impending insolvency if it can be shown that the person was or was about to become insolvent at the time of the transaction. If the bankruptcy trustee relies on that deeming provision, the court will require evidence of insolvency.

However as with section 121 of the Bankruptcy Act, the debtor does not have to be insolvent at the time of the transaction for a transfer to be void. It is the debtor's intention that is important. The bankruptcy trustee can therefore bring whatever evidence they can discover to establish purpose.

To ascertain the bankrupt's intention, the bankruptcy trustee will examine the debtor's history of personal contributions to eligible superannuation funds. For example:

While an established pattern of contributions is a relevant factor to consider, even without a pattern, the bankrupt could show their main purpose in making the contributions was legitimate and thereby protect themselves from a bankruptcy trustee's claim (to unwind the transaction). For example, they may be able to show a change in their family circumstances and subsequent consultation with a financial planner led to new/increased contributions being made for their retirement.

How early access superannuation scheme withdrawals are treated in bankruptcy

The power of 139ZQ notices in undervalued transactions

1 The Official Receiver role under the Australian Financial Security Authority (AFSA) operates a public bankruptcy registry service with compliance and coercive powers to assist bankruptcy trustees to discharge their responsibilities.