The Board affirmed the USPTO's refusal to register the mark ROSSO GRANATO for wine, finding it to be merely descriptive of the goods, and further finding that it fails to function as a trademark. The Board rejected applicant's argument that the "ordinary American purchaser" would not stop and translate the mark into "red garnet," pointing out that the correct question is whether the ordinary consumer familiar with Italian would stop and translate the term. In re V & C, LLC, Serial No. 86321427 (May 8, 2018) [not precedential] (Opinion by Judge Angela Lykos). 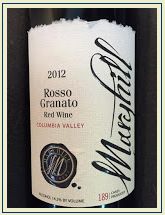 Mere Descriptiveness: The Board has held that Italian is a common modern language for purposes of the doctrine of equivalents. Moreover, Examining Attorney Andrea P. Butler submitted evidence that American consumers of wine, especially younger ones, are more likely to seek out the meaning of foreign wording on a wine label. And so the Board agreed with her that application of the doctrine of equivalents was appropriate.

The question, then, was whether "red garnet" is merely descriptive of wine. The evidence showed that "red garnet" is commonly used to describe an attribute of wine, namely a particular shade of red. In fact some in the industry use both "rosso granato" and "red garnet" to describe a particular hue of red wine. Applicant's own website explains that "'Rosso Granato', in Italian meaning 'Red Garnet' embodies the beautiful color of this Petite Syrah and Zinfandel blend."

The Board concluded that the applied-for mark immediately conveys an attribute of applicant's wine, and therefore it is merely descriptive under Section 2(e)(1).

The Board found the opinion in In re APO LLC to be instructive. [TTABlogged here]. There, the Board found that AOP (an acronym for "appellation d'origine protégée," which translates as "protected designation of origin") was merely informational in nature and failed to function as a mark. In reaching that decision, the Board considered the placement of the term AOP on the wine label, as well as the applicant's own use of the term.

Here, on applicant's label (see photo above), the term ROSSO GRANATO appears on the left side along with other informational matter, below the year "2012" and above "Red Wine" and "Columbia Valley." Applicant's mark MARYHILL appears on the right side in relatively larger letters. Although a product or label may bear more than one mark, the question is whether ROSSO GRANATO will be recognized as a source indicator.

The predominance of the mark MARYHILL on Applicant's wine label makes it unlikely that the "Rosso Granato" "will be recognized in itself as an indication of origin for the particular product . . . ." ***  Indeed, this pattern of displaying informational matter to the left is consistent with Applicant's labeling and marketing of other wines such as the bottle of merlot reproduced below: 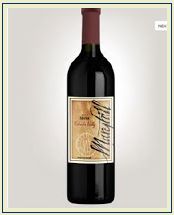 Thus, as in AOP, the applied-for mark appears in the midst of "clearly informational matter" and is presented in an "informational manner" to inform consumers about the color of the wine, rather than as a source identifier.

Its close proximity to the other informational matter on the label, coupled with the translation and explanatory text on Applicant's website means that ROSSO GRANATO is likely to be perceived as merely conveying information about the color of the wine and not as a source indicator.

Finding that ROSSO GRANATO lacks source-identifying significance, the Board affirmed the failure-to-function refusal.