The Coca-Cola Company succeeded in dismissing an environmental advocacy group's complaint claiming the beverage giant's sustainability claims violated the District of Columbia Consumer Protection Procedures Act ("CPPA"). This decision is important precedent in the consumer protection space, which has seen an influx of complaints from activists attempting to use the CPPA to litigate corporate environmental policies and practices.

With the growing concern for the health of our planet and "sustainability" of current business practices, consumers are choosing to spend their money at businesses they perceive as "environmentally friendly." This rise in consumer demand for sustainable goods and services means businesses have a direct incentive to include sustainability claims in advertisements and labeling. Investors are also seeking out companies that have perceived better environmental and social practices.  Indeed, virtually all of the world's largest companies now issue a sustainability report and set sustainability goals.

In its June 4, 2021 complaint against Coca-Cola, environmental advocacy group Earth Island Institute alleged that Coca-Cola engaged in false and deceptive marketing by representing itself as a "sustainable" and environmentally responsible company despite allegedly being one of the largest contributors to plastic pollution in the world. 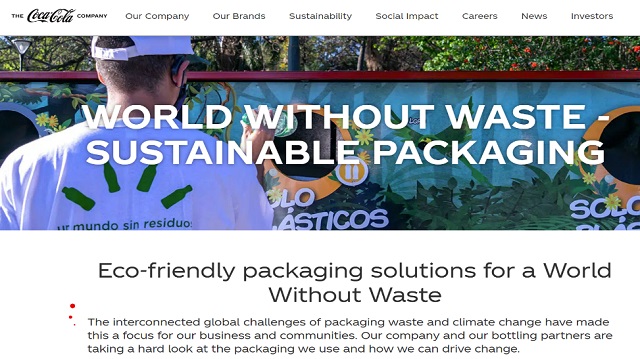 The Superior Court for the District of Columbia dismissed the complaint on Coca-Cola's motion to dismiss, holding that (1) the statements were aspirational in nature and thus did not violate the CPPA, (2) the statements were not tied to a "product or service," and (3) disparate ads could not be combined to allege one general misrepresentation.

The CPPA may be triggered if there is a deception involving specific "goods or services," such as representing that goods or services are of a particular standard, quality, grade, style, or model, if in fact they are of another. Key to the dismissal of Earth Island's case was that Coca-Cola's statements were not only aspirational and not provably false, but none of the statements were alleged to have appeared on any product label. Instead, the statements were made on various corporate communications, including Coca-Cola's website, social media accounts, and in its Business & Sustainability report. 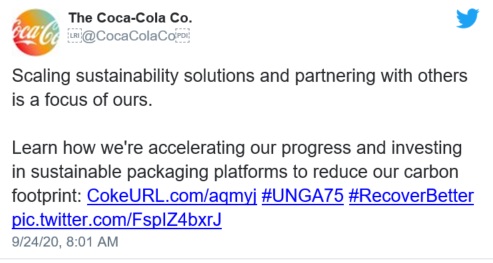 Earth Island argued that Coca-Cola's statements need not be made on the product label itself for the CPPA claim to survive because the statements were designed to further the sale of Coca-Cola products. The court disagreed with this reasoning, holding that "[i]ncluding corporate ethos, hopes, and philosophies, represented by statements on various corporate communications, but not on the product label, cannot be considered as part of the product itself."

In the final nail in Earth Island's complaint, the court rejected Plaintiff's argument that Coca-Cola's statements, taken together as a "general impression" and a "mosaic of representations," are sufficient to mislead a reasonable consumer as to Coca-Cola's sustainability as a matter of law. The court reasoned that because the statute provides a cause of action for a misleading "material fact," a CPPA claim cannot be based on "a bungle of different statements" pulled from various documents at different times. The representations at issue here differed, according to the court, from those at issue in Earth Island's prior complaint against BlueTriton Brands, which survived a motion to dismiss. 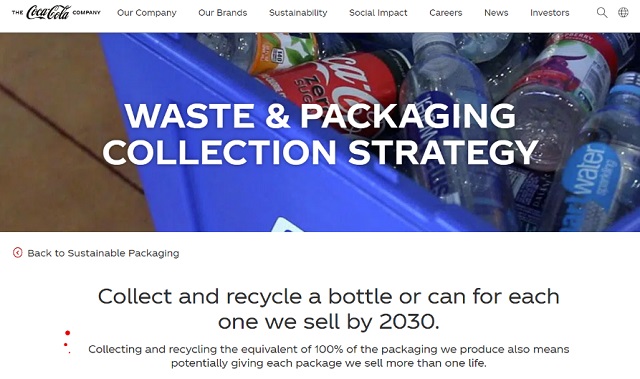 Although both Coca-Cola and BlueTriton made claims about moving to 100% recyclable packaging, leading sustainability efforts, and conducting business in a sustainable way, the court found Coca-Cola's carefully worded representations to be less "concrete" and thus not actionable. For example, the court viewed as "aspirational" Coca-Cola's statement that it would "collect and recycle a bottle or can for each one [sold] by 2030", but saw BlueTriton's statement that it would "keep plastic out of landfills, waterways, and oceans" as an actionable concrete promise.

The court also boldly suggested Coca-Cola is simply too big to be sued for the various sustainability claims it made. In holding that a plaintiff cannot make a CPPA claim on the basis of a "general impression" or a "mosaic of representations," the court reasoned that the sheer size of a company like Coca-Cola would render discovery and trial unwieldly, as the parties would inevitably "cherry-pick" sustainability claims made by Coca-Cola all over the world over several decades to state or negate how it represented itself.

The dismissal of Earth Island's complaint may show the court's willingness to probe CCPA allegations more deeply and may signal that the court is becoming less hospitable to allegations of false advertising regarding aspirational sustainability claims. Nevertheless, businesses should remain vigilant to carefully craft their sustainability claims given the proliferation of similar lawsuits in D.C. and nationwide.