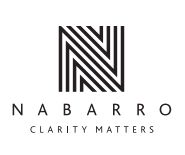 by Emma Lloyd
Nabarro LLP
Your LinkedIn Connections
with the authors
To print this article, all you need is to be registered or login on Mondaq.com.

In May 2013, we reported on the origins of the trust special administration regime for NHS trusts and NHS foundation trusts [/insight/briefings/2013/may/sector-focus-the-legislative-framework-for-nhs-trust-insolvency/].

Since inception, the regime has been used only twice. Firstly, over South London Healthcare NHS Trust ("SLHT") and secondly, over Mid Staffordshire NHS Foundation Trust ("MSFT").

Below, we have commented on the key aspects of the trust special administration process at SLHT and MSFT. We have also discussed the latest developments and areas for reform, including the recent amendments introduced in the Care Act 2014 and an update on the Government's plans for a health special administration regime for companies providing NHS funded services.

Recap on the legislative framework

The special administration process was introduced in Chapter 5A of the National Health Service Act 2006 (as amended by the Health Act 2009). It made provision for the appointment of a TSA over an NHS trust, where the Secretary of State for Health considered it in the interests of the health service.

The key objective of a TSA appointed to an NHS trust is to develop and consult locally on a draft report and make recommendations to the Secretary of State for Health in a final report about what should happen to the trust and the services it provides to ensure the continued provision of key services (location specific services). The legal framework sets out a maximum period of 120 working days for completion of the process (unless extended by order of the Secretary of State), by which time the Secretary of State must make a final decision on the future of the NHS trust following the TSA's recommendations.

The Health and Social Care Act 2012 extended the scope of the regime to foundation trusts, enabling the sector regulator for health services in England (Monitor) to appoint a TSA where the foundation trust is, or is likely to become, unable to pay its debts.  The legal framework applicable to foundation trusts is very similar to NHS trusts, although the timetable is longer to enable Monitor to be consulted (a period of 150 days, unless extended).

As previously reported, SLHT was formed on 1 April 2009 by merging three hospitals. At the time of the merger, these hospitals had a combined deficit of £21.3m. Following the merger, SLHT ran up debts of more than £150m to become the most financially challenged trust in the NHS. As well as inheriting the financial difficulties of its three predecessor hospitals, six PFI schemes operated across the three main sites, adding to its deficit.

As a result, SLHT was judged by the Department of Health to be "not financially viable in its current form" and Matthew Kershaw was appointed the first ever TSA on 16 July 2012.

In accordance with the statutory timetable, on 1 February 2013 the Secretary of State for Health, Jeremy Hunt, made the final decision on the future of SLHT (following on from the recommendations made by the TSA in his final report). Ultimately, it was decided that:

A back-door approach to reconfiguration?

The London Borough of Lewisham and a local campaign group called Save Lewisham Hospital applied for judicial review of the TSA's recommendations to scale back services offered at their local hospital and of the Secretary of State's decision to accept those recommendations. The judicial review application was brought on the basis that each NHS trust is a separate legal entity and that the Secretary of State had appointed the TSA only in relation to SLHT.

Both the High Court and the Court of Appeal held that the powers of a TSA appointed over an NHS trust were confined to that particular trust. The TSA's final report and the Secretary of State's decision were held to be ultra vires to the extent that they made recommendations about or affected the services provided by Lewisham Healthcare NHS trust at Lewisham hospital. In his leading judgment, Lord Justice Sullivan held that:

"... if Parliament wishes a TSA appointed in respect of a particular Trust to make recommendations for action, not merely in relation to that Trust, but in relation to any Trust within all or part of the region in which the Trust is located, then it must expressly say so."

The decision to make detrimental changes at Lewisham hospital (part of a solvent trust) sparked a fierce debate at both parliamentary and local level about the powers of a TSA to make recommendations in relation to neighbouring trusts to which the TSA had not been appointed. Many critics argued that the trust special administration process could be used as a weapon to reconfigure the health service without proper consultation.

As a result of the judicial review proceedings, amendments to Chapter 5A of the National Health Service Act 2006 were proposed in the passage of the Care Bill. The Care Bill recently received Royal Assent to become the Care Act 2014 (see further below).

Against a backdrop of high levels of patient mortality and poor standards of care, Monitor appointed an independent Contingency Planning Team (CPT) from Ernst & Young LLP to MSFT in October 2012. In January 2013, the CPT concluded in a report for Monitor that, despite improvements in clinical performance, MSFT was both clinically and financially unsustainable in its current form. In a subsequent report, the CPT advised that neither MSFT nor local commissioners would be able to deliver the changes required, and consequently recommended the appointment of administrators.

On 16 April 2013, Monitor appointed Alan Bloom and Alan Hudson (both insolvency practitioners from Ernst & Young LLP) and Professor Hugo Mascie-Taylor (a consultant geriatrician and former medical director of the NHS Confederation), as TSAs over MSFT. It was the first time that an NHS foundation trust had been put into special administration.

Following an extension granted by Monitor to finalise the draft recommendations, the formal consultation period for MSFT commenced on 6 August 2013 and finished on 1 October 2013. The TSA consulted widely with local clinicians, patients, staff, local residents and their representatives in Parliament and on local councils. The TSA's final report was due to be submitted to Monitor on 22 October 2013 but Monitor extended the reporting period by 40 working days. This extension gave time for Monitor to hold extensive discussions with NHS England, University Hospitals of North Staffordshire NHS Trust and the NHS Trust Development Authority.

In line with the special administration timetable, the TSAs submitted their final report to Monitor on 17 December 2013 and it was published the following day. The TSAs recommended that MSFT should be dissolved and (a) Stafford Hospital should be operated by the University of North Staffordshire NHS Trust and (b) Cannock Chase Hospital should be operated by Royal Wolverhampton NHS Trust.

On 16 January 2014, Monitor approved the final report and it passed to the Secretary of State to make his final decision. On 26 February 2014, the Secretary of State approved the TSAs' principal recommendation to dissolve MSFT. It is likely that the transfer of services and the dissolution of MSFT will take place at the start of November 2014. The Department of Health has agreed to underwrite the bulk of the costs of the transition.

The Care Act 2014 – extending the remit of TSAs

One of the main criticisms of the decision in SLHT was that the TSA made recommendations in relation to a neighbouring trust that was not under his remit. The amendments introduced in the Care Act 2014 have sought to combat this by allowing a TSA to make recommendations and Monitor/the Secretary of State to take decisions that do not only affect the trust under special administration. This will include where the action affects neighbouring, solvent trusts and which is "necessary for and consequential on" action taken in relation to the falling trust.

Whilst the majority of the provisions are not yet in force, the Care Act 2014 has also introduced (amongst other things):

As previously reported, the Health and Social Care Act 2012 introduced the concept of a health special administration (HSA) regime for independent providers of NHS funded services (including registered and unregistered companies and community interest companies). The statutory provisions were intended to provide an alternative corporate insolvency procedure for companies to ensure that patients receive uninterrupted services if the provider becomes insolvent.

The detail of the HSA regime was set out in draft regulations. The Department of Health invited comments on the proposed regime through a public consultation, which ran between 1 November 2012 and 4 January 2013.

On 4 April 2014, the Department of Health published its response to the consultation. In short, having considered whether such a regime is needed at this time (given Monitor's powers of intervention to safeguard essential services before the point of insolvency); the Government has decided not to proceed with its proposals to introduce an HSA regime through secondary legislation. Rather, if an independent provider of essential services becomes insolvent, the standard insolvency processes under the Insolvency Act 1986 will continue to apply.

In their formal response to the consultation, the Department of Health confirmed that there is currently not enough available data on which services provided by independent providers are considered to be commissioner-requested services. This information is essential in informing whether an HSA regime is in fact needed, how it might operate in practice or whether alternative provision is required in the absence of an HSA regime.

The Department of Health has not ruled out introducing an HSA regime or alternative provision (including the possibility of a risk pool) at a later date. However, for the time being, the Government considers the risks associated with not having an HSA regime are manageable.

Casualties in the hospital sector

The trust special administration of SLHT and MSFT demonstrates that hospital trusts are a highly fragile sector. The amendments to the regime introduced in the Care Act 2014 are not intended to be applied retrospectively. Therefore the decision to dissolve SLHT and MSFT will not be reversed. However, going forward, the Government and Monitor will be looking for ways to provide more cost effective services for patients whilst maintaining quality of care.

It therefore seems that more casualties in the wider health economy are likely.