by   KPMG
KPMG, South Africa
To print this article, all you need is to be registered or login on Mondaq.com.

South Africa has long been the leader in chemical production for the continent. The chemical industry accounts for about 25 percent of the nation's manufacturing sales, with synthetic coal and natural gas-based liquid fuels and petrochemicals dominating the sector. 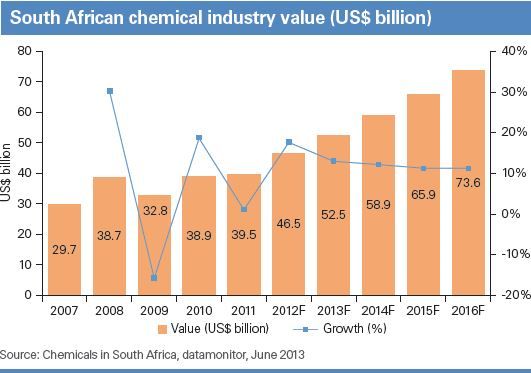 Chronic problems include ongoing uncertainty about the outcome of wage negotiations, potential electricity supply shortages and slower growth in consumer spending that is undermining confidence within the petrochemicals sector. Nevertheless, domestic producers have benefitted from both a weak rand, which has sustained competitiveness, and relatively cheaper costs when factoring in transportation of imports, which has helped maintain current production levels.