by Shoaib Akhter
Khurana and Khurana
Your LinkedIn Connections
with the authors
To print this article, all you need is to be registered or login on Mondaq.com.

The paper critically evaluates the new Motor Vehicle Act and how it effects the people of India and their life. The paper also focuses on the amount of fine which has been proposed to be imposed under the law. How the new law will be able to reduce the number of accidents involving vehicles. It also addresses the issues of safety in online taxis and cabs. The punishment has been made more stringent for case involving voluntary negligence.

Deaths due motor vehicle related accidents is increasing. The only way to help the deceased is by helping his/her family member by giving some amount of money in form of compensation. From the beginning (1956), the amount of money which is to be given as compensation is very volatile. In the year 1939 the motor vehicle got amended and any provisions and sections were added. Lot of new amendments were done by the parliament in the subsequent year and finally in the year 2019 the new law repealed the old one.

The Motor Vehicles Act, passed in the year 1988 by the Indian Parliament, controls practically all parts of street transport vehicles. It has arrangements for traffic guidelines, vehicle protection, enlistment of engine vehicles, controlling licenses and punishments. The Act came into force from 1 July 1989.

In August 2019, the Indian Parliament passed the Motor Vehicles (Amendment) Bill 2019, which rolled out critical improvements from the first Motor Vehicles Act of 1988. Since 1988, numerous things have changed, for example, the innovation utilized in vehicles, traffic thickness in the nation, and the idea of making transportation accessible. Consequently, changes in the Act were the need of immense importance. The new Act is forward-glancing in different edges, however its prosperity will rely upon its execution. The Union Minister for Road and Transport, Nitin Gadkari, said that the principle expectation behind the demonstration is to diminish street mishaps.

Some significant arrangements of the Act remember an expansion for the base remuneration for attempt at manslaughter cases as follows: (I) in the event of death, from Rs 25,000 to Rs 2,00,000 and (ii) If an accident involving of horrifying injury takes place, from Rs 12,500 to Rs 50,000 to street mishap exploited people. The Act has likewise set an obligatory protection for all street clients, refreshed the definition and insurance of good Samaritans, and has set orders for another transportation arrangement and Road Safety Board. Another significant arrangement of the Act is the reviewing of vehicles if an imperfection is found in the said vehicle that may harm nature, or the driver, or other street clients.

The most hard-hitting corrections made, nonetheless, are the proposed stringent punishments for traffic rule infringement. Indeed, even states which have begun executing it, for example, Gujarat have decreased it definitely under the new Act. A man from Gurgaon was fined Rs 23,000 for abusing different traffic rules, for example, Rs 5,000 for not creating a Registration Certificate (RC), Rs 5,000 for driving without a permit, Rs 10,000 for not having a contamination authentication, Rs 2,000 for outsider protection, and Rs 1,000 for driving without cap while riding a bike. Amusingly, the expense of the bike itself is just Rs 15,000 to 16,000.

The previous Act fizzled out not only the grounds that it had less fines, but also due to its careless usage. Local Transport Officers have been discovered enjoying debasement, and an expansion in fines is said to have expanded the extent of defilements in RTOs and the traffic police. This is on the grounds that the expanded fines are high to such an extent, that residents are progressively prepared to give some cash to RTO officials or influence traffic police as opposed to getting a challan. Indeed, even state governments have not actualized the Act in real life and soul because of vote bank legislative issues. As of late, the Chief Minister of Maharashtra had asked traffic police from Pune to remiss their usage of head protector leads because of resistance from nearby MLAs. An expansion in fines doesn't address this issue.

Throughout the years, there has been no critical eased up in mishaps. The Indian government's figure remains at almost 465,000 street wounds a year. The number is probably going to be a lot higher given a few mishaps presumably go unreported. Of the ones recorded, 400 individuals pass on every day on India's streets. The majority of the individuals who kick the bucket are powerless road users running from cyclists, bikers to people on foot. At that point there is street rage, which remains generally unaccounted for, yet is regularly activated by broken driving.

So as to decrease mortality from street mishaps, the administration needs to build up a plan for cashless treatment in the brilliant hour (the brilliant hour is the hour after the mishap, wherein if legitimate treatment is given, the odds of endurance are most elevated). Be that as it may, this doesn't address the principle issue of crisis clinical consideration. Police methods after mishaps are lumbering and are organized over giving crisis care. The specialists in private medical clinics are hesitant to concede street mishap patients as they normally are in basic condition. Regularly, patients need to go from one medical clinic to other which removes the essential brilliant hour. 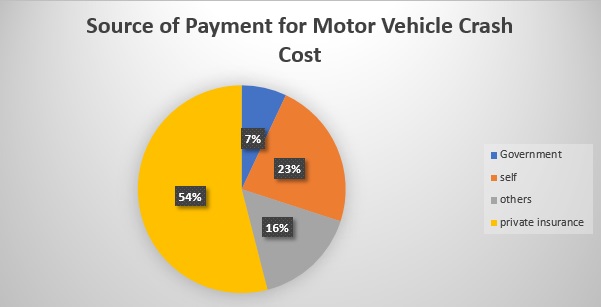 Finance Minister Nirmala Sitharaman has expressed that recent college graduates wanting to utilize application-based taxi aggregators like Ola or Uber over purchasing individual vehicles are an explanation behind the stoppage in the car division. Despite the fact that the method of reasoning behind this involves banter, there is no preventing the developing use from claiming on the web worked taxis. In any case, there are different issues with online worked cabs, for example, security of ladies, outlandish costs and protection of travellers. Remembering this, the Motor Vehicles (Amendment) Act 2019 proposes to direct taxi aggregators and makes them consistent with the Information Technology Act 2000 which gives lawful acknowledgment to online exchange. To additionally build the utilization of online taxicabs, there is a requirement for the guideline of taxi tolls and the security of travellers. Taxi pooling ought to be elevated to lessen the blockage on streets.

The revised Act characterizes a decent Samaritan as a person who gives help to a fatality or mishap. As indicated by the Act, "the help may probably be in compliance with common decency, wilful, and without the desire for any prize. Such an individual won't be subject for any thoughtful or criminal activity for any injury to or demise of a mishap unfortunate casualty caused because of their carelessness in giving help to the person in question." But truly, the condition is extraordinary. Commonly, such people are bugged by police and face dangers from culprits of mishaps for which they go about as witnesses. Not many individuals think about these arrangements in the Act, and organizations must put forth attempts to expand familiarity with these rights as a piece of the usage of this Amendment. The best thing about general society would be that the individuals who approach and secure the harmed would not be compelled to uncover his/her personality to the police or the clinical work force. Prior, there used to be what whosoever has approached needs to tell the police/clinical faculty his personality however now according to the corrected law, the individual can't be compelled to do as such. No considerate/criminal risk would be forced on such people.

Juveniles and the Law

Presently on criminal traffic offenses by adolescents, the watchmen or the proprietors of the vehicle would be considered capable except if they demonstrate that the offense was carried out without their insight or they attempted to forestall it. The Registration of the engine vehicle which is gotten will be dropped by the Authorities. The Juvenile who is found doing such acts infringing upon the law will at that point be attempted according to the Juvenile Justice Act.

Death and Hit and Run

After the popular Salman Khan instance of attempt at manslaughter, the whole situation of such cases changed as that case acquired an extraordinary change the recorded of such cases. The Government has vowed to give a pay of Rs. 2 lakhs or more to the casualty's family. Where the present sum that is being given is an insignificant 25 thousand, parting with around multiple times the sum comes as a salvage of the destitute residents of India.

A sharp increment in the vehicle populace has expanded the quantity of fatalities and wounds from street mishaps. In 2017, there were in excess of 147,913 street mishap related passings, up from 146,133 of every 2014. Among classes of vehicles, bikes represented practically 34% of complete street mishaps and 29% as far as fatalities, official information appeared. Plus, national thruways that include 2% of India's complete street arrange, represented over 33% of mishap related passings in 2017. The ongoing changes in the engine vehicles law couldn't have come at a progressively ideal time, with India being signatory to the Brasilia presentation on street security and resolving to divide the quantity of lethal street mishaps by 2020.

Conclusion The corrected demonstration is dynamic in different angles, yet not adequate to diminish the quantity of mishaps. Other than traffic rule infringement, potholes and harmed streets are the main sources of street mishaps in India. On endless lanes and expressways, the nation over, traffic signals are taken cover behind the trees, and traffic signs are either not present or not obviously unmistakable. Numerous arrangements of the Act have been designated to the legislature with no time period at the top of the priority list. Arrangements, for example, the foundation of a Road Safety Board and the advancement of a New Transport Policy are need of great importance. In any case, with no time period in the Act, these arrangements are probably not going to be executed at any point in the near future. 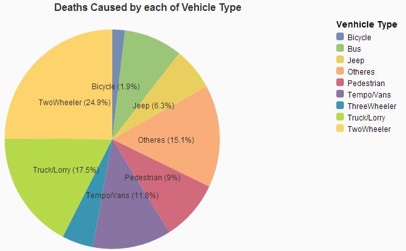