Can the unfairness of cross-border claim be reviewed ex officio in case of consumer contracts in such a simplified procedure, like the European order for payment procedure? In our article, we analyse the recent judgement of the Court of Justice of the European Union in the Bondora case and its possible effects on cross-border debt recovery, covering also the Hungarian legal regulations. 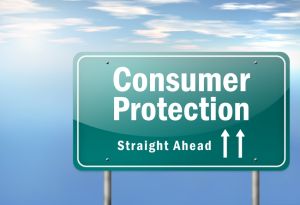 In the case at hand, a company having its registered office in Estonia, the Bondora AS ("Bondora") provided smaller amount of loans to Spanish private individuals, so these contracts were considered as consumer contracts. 1

Bondora lodged an application for a European order for payment ("EOP") against the non-paying Spanish consumers in their home state, Spain. However, instead conducting the former routine procedure, the Spanish courts, asked the Estonian company to provide further documents to examine the possible unfairness of the contractual terms contained in the consumer contracts.

The Estonian company objected against the preliminary review, referred to the provisions of the Spanish law, pursuant to which in a procedure for EOP, it is not necessary and possible to attach any documents in support of the claim.

European Court of Justice in Luxemburg had to decide two questions in the above case.

The first question was whether the EU law enables the authority competent for issuing the EOP, to examine the unfairness of the claims, from its own motion in advance.

When it comes to the second question, the EU Court had take a position whether the Spanish law, by precluding the submission of attachments together with the application in the EOP procedure, and therefore excluding the preliminary assessment of the unfairness, is compatible with the union law.

Judgement of the CJEU

The Court of Justice has already established in respect of the national order of payment procedures that in case of consumer contracts, unfair clauses shall be examined in advance, ex officio.2 In the Bondora case, the EU Court has now confirmed that the above principle shall be obviously applied in in case of the EOP procedure, which is a cross-border proceeding.

According to the EU Court, the unfairness of the claim shall be examined, consequently, the national law which excludes the possibility of that is contrary to the union law, therefore it shall not apply.

The effect of the Bondora judgement

Although, from consumer point-of view the Bondora judgement can be interpreted as another milestone of the European consumer protection, if we recall why the EU established the system of the EOP, it can be seen, that this judgement makes more difficult the collection of uncontested cross-border claims.

To declare the unfairness of a contractual term, it is not enough to examine only that particular condition, but all rights and obligations stipulated in the contract shall be taken into account by the authority issuing the EOP, which necessarily takes more time.

At the same time, the EOP procedure is not necessarily suitable to conduct a full evidentiary procedure, therefore the decision on unfairness may not necessarily be well-established and a court can review it during a litigation.

Consequently, due to the above judgement, the EOP procedure will become longer and more uncertain, therefore the question arises, whether it is better for creditors to start litigation directly, where the court can conduct a full evidentiary procedure. Since the devil is always in the details, this question can be decided only on a case-by-case basis.

In Hungary, contrary to more other European countries, it is not the court, but the notary public, who is entitled to issue an EOP, therefore, by virtue of the Bondora judgement, the notary public can decide on the unfairness of the claim against a Hungarian debtor.

In Hungarian EOP procedures, the question arises, how this new task can be reconciled with the traditional role of public notaries in Hungary? Until now, they conducted only a formal check in respect of the application for EOP, but from now on, they have to carry out a substantial examination and make a decision on the merits of the case, albeit they does not have dispute resolution function traditionally.

Furthermore, as the Hungarian regulation allows attaching annexes in limited cases in both the national and in the EOP procedure,3 it can be established, that legislative intervention is necessary to change the current status, which is contrary to the European union law.

By its judgement in Bondora case, the Court of Justice has significantly restricted the effectiveness of the EOP procedure in case of claims arising out of consumer contracts, therefore as a creditor, you have to prepare that the lawfulness of your claim can be already examined during this simplified procedure, which possibly makes the debt collection longer.