Australia: The court has to listen to this secret recording, it proves I should get my fair share of the estate! Which case won? 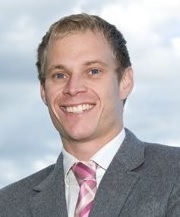 Daughter suspected of trying to get larger share of father's estate

A recent case in the NSW Supreme Court concerned the estate of a father with three adult children.

In January 2017, the three siblings visited their mother's nursing home with their father. During the visit, R and L had a "scene" with Y, who was angry that R and L had left the care of their elderly parents to her alone.

R and L then drove their father home and discussed with him the events at the nursing home. During this discussion, they realised that their father's will, which they thought had left his estate equally to the three children, was not in the bedside cabinet where it should have been.

Within days, R and L arranged for their father to sign a replacement will, leaving everything equally to the three children.

However, on 15 March the father signed another will, which left the family home to Y and funds in a bank account to R and L.

Y sent R a text message, advising him that the new will had been signed. The text message exchange was impolite and largely concerned the role that the siblings should or would be playing in their father's ongoing care.

Sister claims to have moved in with her father

Y claimed that she had moved into the family home to care for their father at about the same time, in March 2017.

However, it was disputed whether she moved into the home in March or some months later.

On 29 April, L used her mobile phone to record a conversation with her father without his knowledge or consent.

She claimed she made the recording to prove that her sister Y wasn't with her father every day, as she claimed.

In the conversation, L asked her father questions such as when did her sister Y last come to visit, when was Y planning to move in with her father and to what extent was the father paying Y's bills.

After the father's death, his son R applied to the NSW Supreme Court for a family provision order out of his father's estate for his maintenance and advancement in life.

As evidence in the proceedings, R tendered the secret recording made by his sister L.

His sister Y, who was both a beneficiary under her father's will and his executor, objected to this, arguing that the evidence was illegally obtained and therefore inadmissible.

It was up to the court to decide whether to admit the recording into evidence.

ARTICLE TAGS
Australia Family and Matrimonial Family Law Wills/ Intestacy/ Estate Planning Litigation, Mediation & Arbitration Disclosure & Electronic Discovery & Privilege
POPULAR ARTICLES ON: Family and Matrimonial from Australia
Financial agreements for couples
O'Sullivan Davies Lawyers
A Financial Agreement is a contract between a couple as to how assets and resources will be divided if they separate.
Family Law: It is mine - I got it after we broke up
Swaab
When parties have decided to separate, they should finalise outstanding property and financial issues without delay.
It Depends – Do I need a grant of probate in the administration of a deceased estate?
Cooper Grace Ward
This edition of 'It Depends' discusses whether or not a grant of probate is needed in the administration of an estate.
Power of attorney (POA) or elder abuse?
Maurice Blackburn
Appointing a POA is potentially giving away power and responsibility, so you should consider this choice seriously.
The effects of marriage, separation & divorce on your estate planning
Coleman Greig Lawyers
People who have experienced marriage, separation or divorce, must remember to update their estate planning documents.
Is my handwritten Will valid?
Kells
A validly executed Will is crucial to ensuring that your wishes are adequately documented and will be carried out.
FREE News Alerts
Sign Up for our free News Alerts - All the latest articles on your chosen topics condensed into a free bi-weekly email.
Register For News Alerts
Article Tags
Australia Family and Matrimonial Family Law Wills/ Intestacy/ Estate Planning Litigation, Mediation & Arbitration
Disclosure & Electronic Discovery & Privilege
More Tags
Related Articles
Clear inheritance discussions crucial Mellor Olsson Lawyers
Family law - Top 5 Did-you-knows about getting a divorce Swaab
Legal considerations for breaking up a family business LegalVision
It Depends – Should I exclude foreign persons as beneficiaries of my family trust? Cooper Grace Ward
Are you the attorney or guardian for a person eligible for the COVID-19 vaccine? Clifford Gouldson Lawyers
Mondaq Webinars
Future Series: The Journey to Net-Zero: Climate Change, Carbon Credits and Emissions Trading
Bennett Jones LLP
Webinar Calgary Canada
Notice and Claims Administration Best Practices: U.S foundations, Global Implications
Angeion Group
Webinar Philadelphia, PA United States
More Webinars
Comparative Guides
Alternative Investment Funds
Anti-Corruption & Bribery
Cybersecurity
Data Privacy
International Arbitration
More Guides
Mondaq Advice Centres
Global
Trademarks in SAARC Countries
Global
Investment Immigration
More MACs
Upcoming Events
Mondaq Social Media