by Michael C. Thelen
Womble Bond Dickinson
Your LinkedIn Connections
with the authors

We're going to touch on three separate topics today in this post.  First, we'll discuss a recent case from the North Carolina Court of Appeals regarding legal nonconforming uses, burdens of proof and lost zoning maps.  Second, we'll take a look at how a particular North Carolina municipality is attempting to work microbreweries into its zoning laws.  Third, we'll see what's new with the internationally-reported Oakwood home dispute, involving a "modern" house in a Raleigh historic district.

Lost Maps: The Burden of Proving (and Means of Proving) a Legal Nonconforming Use

Landowner's property in the Town of Highlands was "split-zoned" in 1983, prior to his 1993 purchase, with the front 230-foot portion zoned for commercial use and the back portion zoned for residential use.  A 1988 zoning map showing this "split zoning" was made part of the court record.

In 1990, also prior to landowner's 1993 purchase of the property, the Town made "comprehensive changes" to the zoning laws.  The Town contended that, with these "comprehensive changes", landowner's 230-foot commercial portion of the "split-zoned" property was reduced to a 150-foot portion (and, accordingly, the residential portion of the property increased in size).  However, the Town lost the 1990 zoning map showing this change, and it was not a part of the court record.  The only "evidence" of the zoning change to a 150-foot commercial portion is a subdivision plat drawn and recorded -- ironically -- in connection with landowner's 1993 purchase of the "split zoned" property.

Landowner operates a lawn and landscape business on his "split zoned" property.  In 2009, the Town issued a notice of zoning violation on account of his commercial use outside -- to the Town -- the 150-foot portion of his property on which commercial use is permitted.  Landowner appealed to the Board of Adjustment, which emphasized at the outset that it was landowner's burden to prove his business was a legal nonconforming use in light of the 1990 zoning change.  In light of the burden, the Board affirmed the zoning violation and landowner appealed to the Superior Court, which, in turn, affirmed the Board's decision.  The landowner appealed.

In Shearl v. Town of Highlands, No. COA14-113 (September 2, 2014), the Court of Appeals reversed the trial court "[b]ecause the burden of proof was inappropriately placed on [landowner] to establish the location of the zoning line when he began his nonconforming use."

The Shearl  Court first notes:  "Ordinarily, once a town meets its burden to establish the existence of a current zoning violation, the burden of proof shifts to the landowner to establish the existence of a legal nonconforming use or other affirmative defense."  The Court continues:  "Here, however, [the Town] has seriously handicapped [landowner's] ability to prove the location of the zoning line in 1993 because [the Town] has lost the Official Zoning Map adopted with the 1990 zoning ordinance....  Thus, [the Town] violated its own ordinance by failing to keep official zoning maps available for public inspection. [citing NCGS 160A-77 and 160A-78]."

As far as the subdivision plat, the Town's ingenuity notwithstanding, the Court gives it the back of the hand as far as its legal significance:  "While we believe that the plat map has some evidentiary value concerning the location of the line, it must be weighed against the evidentiary value of the 230-foot line depicted on the official 1988 Zoning Map [which was in evidence in the whole record]."  Thus, though the matter is remanded and the Board may hear the matter anew, unless the Town can come up with the 1990 zoning map, it will be a difficult, if not impossible, task of proving a zoning violation.

This comes to our attention courtesy of our friend and former colleague Professor Tyler Mulligan of the U.N.C. School of Government.

North Carolina is home to more than one hundred breweries, most of which take hold in the Piedmont and the western part of the State.  Nevertheless, a City in the eastern part of the State -- Wilmington -- is trying to "carve out" some zoning rules to encourage development of this growing industry.

To us, this illustrates well  (1) how zoning is a living, breathing thing, (2) at its best, how zoning serves to organize, integrate and protect uses of land, and (3) how zoning can aspire to stimulate, rather than deflate, economic growth.

We've blogged in the past here about the Oakwood saga.  Well, it's not over.  This stage is over, but the saga is not over.  Today, after two long days of argument in late August, it's reported that the Superior Court has indicated it will rule in favor of the landowner and the City -- and against the neighbor and the City's Board of Adjustment -- and will reverse the Board of Adjustment's decision rescinding the certificate of appropriateness.  In other words, the Board's decision will be reversed and the certificate of appropriateness, which entitles homeowners Mr. Cherry and Ms. Gordon to a building permit for their "modernist" home, will be issued.

The neighbor, Ms. Weisner, has 30 days to appeal the Superior Court's decision to the Court of Appeals when it is entered, which the neighbor indicates she "definitely" will do.  In other words, it looks like we're movin' on up.

A word to Mr. Cherry and Ms. Gordon: wait until the 30 days runs without an appeal, or the legal proceeding runs its full course, before you build any more. 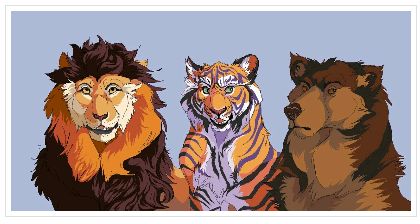 "I'd never appeal something against you guys. Well, I'll probably appeal that toupe, Mr. Lion."

Mike Thelen practices in Womble, Carlyle's Real Estate Litigation and Land Use practice group. He regularly represents a wide variety of clients, from local governments to businesses, in land use and land development matters in both state and federal venues throughout North Carolina.

ARTICLE TAGS
United States Real Estate and Construction Construction & Planning
POPULAR ARTICLES ON: Real Estate and Construction from United States
Real Estate Businesses: How Much Interest Expense Can You Deduct?
ORBA
The deduction limit for business interest expense can have a big impact on a real estate firm's tax bill and the limit is even more stringent starting in 2022.
You Are On Notice: Failure To Comply With Contractual Notice Provisions Can Be Fatal To Your Claim
Peckar & Abramson PC
Imagine your firm is the construction manager on a multi-million-dollar project. At the end of the project you are five million dollars out-of-pocket.
Hiring A Property Manager? Consider Lodging As A Fringe Benefit
ORBA
Most businesses today are struggling to attract and retain quality employees and the real estate industry is no exception. If you are looking to hire a property manager, ...
Real Estate: Valuation Services Service Sheet
FTI Consulting
Whether you are an individual with a single asset or a multinational corporation or fund that controls asset portfolios located throughout the world, we apply our in-depth...
National Property Sector Overviews
FTI Consulting
Coming off a period of heightened uncertainty resulting from the COVID-19 pandemic, there appears to be more visibility in the commercial real estate markets.
Lease Words You Never Minded: Usufructs vs. Estates For Years
Womble Bond Dickinson
In 1982, one of our authors published an article discussing the distinction between the usufruct and estate for years in the February edition of the Georgia State Bar Journal.
FREE News Alerts
Sign Up for our free News Alerts - All the latest articles on your chosen topics condensed into a free bi-weekly email.
Register For News Alerts
Article Tags
United States Real Estate and Construction Construction & Planning
Related Articles
Texas Central Wins Authority To Take Land For High-Speed Rail System Sheppard Mullin Richter & Hampton
Hearts And Thoughts Fade Away, But A Dragnet Clause Means Your Deed Of Trust's Lien May Not McGlinchey Stafford
Tax Implications Of Buying And Renting Out Units In An Owner-Occupied Multi-Unit Building ORBA
The Property Line: Investing In The Metaverse – Owning Property In The Digital World (Podcast) Seyfarth Shaw LLP
Home Purchase In The USA Pi Legal Consultancy
Mondaq Webinars
Employer Responsibilities and Employee Rights in Australia
People + Culture Strategies
Future Series: Managing the Risks of ESG Reporting and Compliance for In-House Counsel and Executives
Bennett Jones LLP
More Webinars
Comparative Guides
Anti-Corruption & Bribery
Artificial Intelligence
Aviation Finance
Aviation Regulation
Banking Regulation
More Guides
Mondaq Advice Centres
United States
Advertising and Marketing
United States
Telemarketing
United States
COVID-19
Global
Trademarks in SAARC Countries
United States
International Trade Law & Customs
More MACs
Curated Content
[PODCAST] Demystifying Mediation And Arbitration Myths In The Construction Industry
JAMS