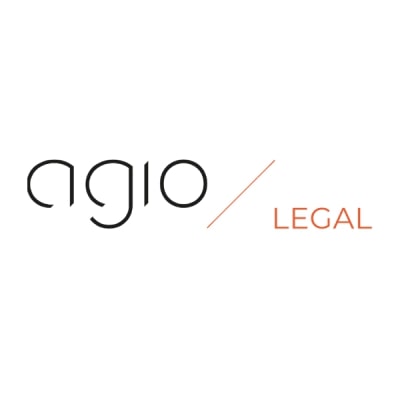 A system for obtaining advance rulings for specific tax matters has already been in place in Belgium since the nineties. It allows natural and legal persons, under certain conditions, to obtain binding decisions for a period of maximum five years from the tax authorities, which set out how they will apply tax laws to a particular situation or transaction which is yet to produce tax effects. A recent proposal made in Belgian parliament seeks to create a similar system of 'privacy rulings'.

The Belgian DPA does not provide explicit advance decisions on privacy questions brought to it, neither is there any legal basis in the GDPR or the Belgian Privacy Act to do so. Possible informal arrangements with the DPA are never published, so that other parties cannot learn from them. It is also difficult to estimate whether or not the DPA will consider itself to be bound by such informal arrangements at a later stage.

Article 36 of the GDPR only sets out a procedure to notify the DPA in case a data protection impact assessment (DPIA) indicates that an envisaged processing would result in a high risk to the rights and freedoms of natural persons in the absence of measures taken by the controller to mitigate the risk. Within eight weeks, the DPA must respond to such request if it is of the opinion that the intended processing would infringe the GDPR. Hence, this cannot be seen as a general possibility to obtain a decision from the DPA on identified privacy issues.

The proposal to amend the Belgian act of 3 December 2017 governing the DPA would create the possibility for the DPA to issue a ruling, i.e. an advance decision on how the DPA will apply the law to a specific situation or an envisaged processing of personal data. Such ruling would bind all departments of the DPA, save for a number of exceptions, which means that they would need to respect it in the future. To be clear: such ruling would only concern specific situations, and not hypothetical questions.

A request for a Belgian 'privacy ruling' would need to include: (i) the identity of the requesting party and other involved parties, if any; (ii) a description of the activities of the requesting party; (iii) a complete description of the specific situation or the envisaged processing; and (iv) a reference to the legal or regulatory provisions based on which the decisions would need to be made. A copy of similar requests and decisions which were filed with or obtained from the DPAs of other EU member states with respect to the same subject would also need to be provided.

However, a ruling could be denied if the processing has already commenced or is identical to a processing which has already been the subject of an administrative appeal or judicial procedure between the Belgian state and the requesting party. Additionally, the DPA could also deny a ruling if the provisions mentioned in the effect could not be sufficiently relied on to provide it, or it would lack any legal effect if it were based on these provisions.

The ruling could also lose its binding nature as a consequence of changes to the main effects of the situation or processing which would be directly or indirectly attributable to the requesting party.

Interestingly, all rulings would be published by the DPA on an anonymous basis. While the DPA would in principle not be bound towards third parties by these decisions, they could provide valuable guidance for other parties (and possible arguments when facing enquiries by the DPA in an investigation).

The proposal refers to the initiative of 'regulatory sandboxes' launched in the UK in September 2020, which provide the opportunity for organizations to maintain a direct contact with the British DPA about innovative projects with complex data protection questions. A similar project was launched by the Norwegian DPA in 2020 to promote the development of innovative, ethical and responsible AI solutions. The French DPA launched its own sandbox initiative in February 2021 for innovative projects in the healthcare sector which make use of personal data.

These sandbox initiatives were set up to improve the implementation of privacy-by-design. In a way, a system of privacy rulings would have a similar aim, but with a wider scope. It would allow organizations, within the design stage of a future processing of personal data, to assess with the DPA whether such processing is GDPR-compliant. This system would prevent future breaches of the GDPR and increase the level of protection of data subjects' personal data throughout the EU.

It is unknown whether this proposal will make it into Belgian law. However, it provides an interesting addition to the GDPR's framework which would allow DPAs to assist organizations more proactively to comply with the GDPR, rather than doing so reactively after damage was caused.

ARTICLE TAGS
Belgium Privacy Data Protection
POPULAR ARTICLES ON: Privacy from Belgium
Facial Recognition – Austrian Regulations v European Approach?
Schoenherr Attorneys at Law
Over the last couple of years, more and more countries have deployed technologies that allow them to match digital images of a person (e.g. from a surveillance camera) against a database of pictures.
Retiring From A Trusteeship? Key Legal And Practical Consideration On Transfer Of Information When There Is A Change Of Trustee
Carey Olsen
In this note, we will focus on some of the key legal and practical considerations that a retiring trustee should take into account before it transfers information on the trust...
No Brexit For Personal Data? EU Adequacy Decision Officially On Track
Simont Braun
On 19 February 2021, the EU Commission published its draft adequacy decision allowing personal data transfers from the EU to the UK under the GDPR. It is a welcome new development in the Brexit saga.
Digital Green Pass: EU Data Protection Authorities' Position
ELVINGER HOSS PRUSSEN, société anonyme
The objective of the Digital Green Certificate is to allow individuals vaccinated against COVID-19 to move freely within the EEA during the ongoing pandemic.
Employer Entitled To Use WhatsApp Messages, Uncovered During Criminal Investigation, In Subsequent Workplace Investigation
Arthur Cox
In BC and Others v Chief Constable of the Police Service of Scotland and Others, the Inner House of the Court of Session in Scotland upheld the Outer House's decision...
Data Protection Commission: Emerging Views On Legal Privilege
Arthur Cox
Can you claim legal privilege over documents in a Data Protection Commission investigation? How does the DPC assess claims to legal privilege? What, if anything, can we learn about the DPC's developing views on...
FREE News Alerts
Sign Up for our free News Alerts - All the latest articles on your chosen topics condensed into a free bi-weekly email.
Register For News Alerts
Article Tags
Belgium Privacy Data Protection
Related Articles
Employee Consent AKD Benelux Lawyers
Brexit Deal & Data Transfers: A Temporary Relief Simont Braun
No Brexit For Personal Data? EU Adequacy Decision Officially On Track Simont Braun
What Kind Of Data Can Employers Collect As Part Of A Diversity Policy? A Guide From Belgium lus Laboris
Why These DPAs Are Wrong About Limiting DSR Extensions Morrison & Foerster LLP
Mondaq Webinars
Rapid Workplace Transformation in the Wake of COVID-19
Littler Mendelson
Webinar San Francisco United States
Future Series: The Future of Employment Law in Canada - Current Trends and Predictions
CCPartners
Webinar Ontario Canada
More Webinars
Comparative Guides
Anti-Corruption & Bribery
Cybersecurity
More Guides
Mondaq Advice Centres
Global
Trademarks in SAARC Countries
Global
Investment Immigration
More MACs
Upcoming Events
Mondaq Social Media