KPMG in Malta has announced the appointment of Daniel Brincat and Noel Fsadni as Directors with effect from 1 April 2022.

Noel joined KPMG in 1999 as an IT Administrator within the IT Operations team and is now leading the team that he joined more than 23 years ago.

His career started in technically specialised areas, such as server infrastructure, networking, end user equipment, security, and document management. Noel has always aimed at offering high-quality services within the firm. His dedication, adaptability, and technological innovation helped him to evolve his career and pursue managerial roles that empowered him to undertake strategic responsibilities. He actively contributes to the internal digital and technological transformation activities within the local firm.

During these years, Noel has also participated in several technology-based projects, both locally and within the international KPMG network. He is currently leading an IT Centre of Excellence and is representing Malta in the IT technical committee, within a KPMG sub-region, that is made up of small island states.

Daniel joined KPMG in 2010 as an audit team member following the successful completion of his Bachelor of Accountancy (Hons) degree at the University of Malta. Daniel is an accountant by profession, holding a Practising Certificate in Auditing and is also a Fellow Member of the Malta Institute of Accountants (MIA).

During the past 12 years, Daniel has also worked within the audit function of the Crown Dependencies and Canada offices gaining experience in a variety of industries, particularly Financial Services and Private Enterprise. Today, Daniel is predominantly focused on Private Enterprise clients, with a broad portfolio of local and international clients across various industries such as transport and leisure, software, consumer goods, retail and manufacturing. 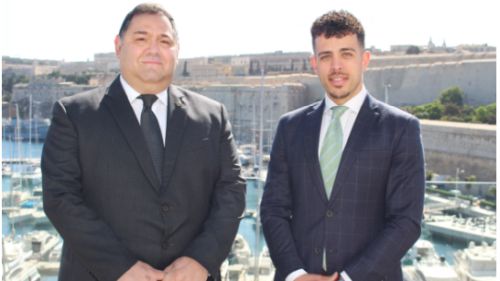 From left to right: Noel Fsadni and Daniel Brincat