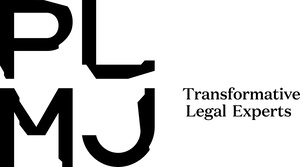 The PLMJ Private Clients & Family Wealth team was the big winner at the 13th edition of the STEP Awards. The awards ceremony took place on 7 November in London.

With this recognition, PLMJ has once again made history as the first law firm from the Portuguese-speaking world to win the Private Client Legal Team of the Year (Large Firm) award!
The award, which has huge international recognition, is normally fought over by international law firms recognised as key players in the markets of the United Kingdom and Europe.

PLMJ was represented at the awards ceremony by Nuno Cunha Barnabé and Marta Costa.
"It is with great pride that we are the first law firm from the Portuguese-speaking world to receive this this STEP award, which is widely recognised on an international level. STEP is the largest association of private client professionals, with lawyers, accountants, trustees, asset managers and banks across the world. This award brings us a great sense of achievement, to a large extent because it acknowledges the work of our team which, although still in its early days, has already merited the greatest international prize in this area. This award is for our lawyers Marta Costa, Maria Inês Assis, Sandra Almeida Lopes and Patrícia Dias Mendes, but also for our remarkable team of private clients", says Nuno Cunha Barnabé.

STEP is the largest and most recognised global organisation to act exclusively in the area of private clients and family businesses. It brings together more than 20,000 professionals dedicated to this industry in 95 countries.