In July 2020, the CAFC remanded to the TTAB the Board's decision that found the proposed mark COOKINPELLETS.COM to be generic for "Processed wood fuel in the nature of pellets for use in barbecue grills," and alternatively merely descriptive of those goods. [TTABlogged here]. The TTAB has now reversed its original finding of genericness, but has affirmed the mere descriptiveness refusal. The evidence established that COOKINPELLETS is generic for the goods, but the addition of ".COM" created enough doubt on that issue to justify the reversal. However, as to applicant's Section 2(f) claim, applicant failed to meet the elevated burden of proof applicable when considering acquired distinctiveness for such a highly descriptive term. In re GJ & AM, LLC, 2021 USPQ2d 617 (TTAB 2021) [precedential] (Opinion by Judge Marc A. Bergsman). 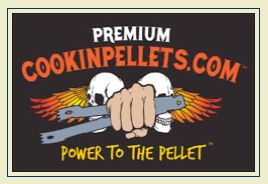 In ordering remand, the CAFC directed the Board to consider its original rulings in light of the Supreme Court's decision in USPTO v. Booking.com B.V., 2020 USPQ2d 10729 (2020). There, the Court rejected a per se rule that a "generic.com" is always generic or always non-generic. The determination of genericness turns on "whether consumers in fact perceive [the] term as the name of a class or, instead, as a term capable of distinguishing among members of the class."

Genericness: The meanings of the terms "cooking," "pellets," and ".com" were not in dispute, nor did applicant contest that "cookin" and "cooking" mean the same thing. The Board then closely reviewed the evidence: applicant's own use of COOKINPELLETS and COOKINPELLETS.COM, third-party commercial use of the terms, use in on-line forums, news articles, and Internet search results. The Board concluded that "Cooking Pellets" is "indisputably generic": "the combination of "cooking" and "pellet" does not result in a term that purchasers ... will understand as anything other than a cooking fuel." The terms are "as generic in the compound COOKINPELLETS as they are individually, and the compound term itself is generic."

As to the proposed mark COOKINPELLETS.COM, the individual words "cookin" and "pellets" retain their generic meaning because the compression of the terms does not create an incongruous term, nor does it invoke a unique commercial impression." In re Gould Paper Corp., 834 F.2d 1017, 5 USPQ2d 1110, 1112 (Fed. Cir. 1987). Nonetheless, applicant argued that relevant consumers perceive COOKINPELLETS.COM as its brand name," and the evidence showed that some third-parties use or understand COOKINPELLETS (with or without a space) and COOKINPELLETS.COM as capable of serving as a source indicator.

Although this evidence of consumer perception is limited, on the specific facts and record before us, we find it is sufficient to create doubt about whether consumers would perceive COOKINPELLETS.COM as a whole as generic, or rather as capable of indicating source and thus eligible for registration on the Supplemental Register or on the Principal Register under Section 2(f) if Applicant can show it has acquired distinctiveness. We are constrained to resolve that doubt in favor of Applicant. See, e.g., In re Waverly Inc., 27 USPQ2d 1620, 1624 (TTAB 1993).

And so, the Board reversed the genericness refusal.

Based on the evidence regarding genericness, the Board concluded that COOKINPELLETS.COM is "closer to the generic than suggestive line" and is highly descriptive. The Board then applied the CAFC's Converse analysis to applicant's evidence: use of the proposed mark since 2007, approximately 250,000 units sold for $3M in revenue, $25,000 spent for advertising, promotion of mark on social media an on its website, and a ranking for several years as the best-selling and highest-rated pellet on Amazon.com.

After considering all of the factors for which there is evidence in determining whether Applicant's mark COOKINPELLETS.COM has acquired distinctiveness, we find that Applicant has failed to meet its burden of showing that the highly descriptive term COOKINPELLETS.COM has acquired distinctiveness. Specifically, because Applicant did not submit any testimony or evidence defining the size of the market or otherwise providing context as to how the raw numbers Applicant provided compare in the marketplace, we analyze the evidence regarding consumer recognition, Applicant's modest advertising expenditures, and modest sales in a vacuum.

And so, the Board affirmed the mere descriptiveness refusal.

TTABlogger comment: I predicted this result when the CAFC ordered remand. Sometimes even a blind squirrel ....