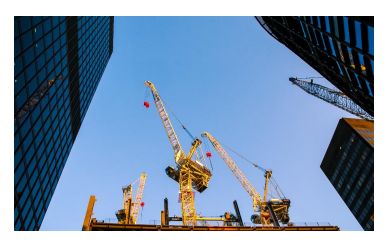 The Revised 2022 IRR permits a bidder to establish the required track record through (i) its own experience; (ii) the experience of the member firms, in case of a consortium; or (iii) through contractors, nominated affiliates, proposed facility operators and/or entities bound by a technical services agreement (collectively, Nominated Entities). Certain required key personnel may also come from these Nominated Entities.

It also relaxes the requirements for New Concept or Technology, which is required to support an unsolicited proposal. It is described as a concept or technology that is new or pioneering where the project is intended to be implemented" and no longer requires that it be "untried in the Philippines." Further, the track record showing successful implementation may now be established not only by the bidder but also by any consortium member or Nominated Entity, which shall be subject to a lock-in period pursuant to the contract.

The Revised 2022 IRR further provides that the 80-day negotiation period for unsolicited proposals may be subject to extension pursuant to rules and procedures to be issued by the PPP Governing Board.

The Revised 2022 IRR has recognized the concept of Availability Payments, which refer to predetermined payments by the agency or local government unit to the project proponent in exchange of delivering an asset or service in accordance with the contract. It is expressly states that Availability Payments shall not be construed as Direct Government Subsidy.

The Revised 2022 IRR also provides that, if the final approval of the franchise by the regulator shall result in a decrease in the amount of tolls, fares, fees, rentals, and/or charges stipulated under the contract, the government shall ensure that the project proponent recovers the difference between the amount stipulated under the contract and the amount approved by the regulator (or appropriate regulatory body) through measures consistent with the Constitution and other applicable laws. The payment of such difference between the amounts shall also not be considered as Direct Government Subsidy.

The Revised 2022 IRR widens the scope of MAGA to refer to any act of the government (and not just the executive branch) and has deleted the carve-out for (i) acts of the agency or local government unit and approving body; (ii) acts of the executive branch, made in the exercise of regulatory powers; and (iii) acts of the legislative and judicial branches of government. The deletion of the carve-outs is a very welcome development as it gives project proponents real and meaningful recourse against acts of the government. However, the requirement that "the project proponent had no, or could not reasonably be expected to have had, knowledge of the MAGA prior to the effectivity of the contract" has been retained.

Further, for a MAGA to occur, the act of the government must specifically discriminate against the "sector, industry or project," which is broader in scope compared to the previous requirement that the act must specifically discriminate against the project proponent. The Revised 2022 IRR, however, requires that the contract provide for rules, including materiality or amount threshold, nature and manner of recourse, and a cap in case of monetary compensation.

The Revised 2022 IRR has deleted the prohibition against the concessionaire (which is a special purpose company) from engaging in other concessions, businesses, or undertakings not approved by the relevant regulator, which may conflict with the approved project or otherwise lead to anti-competitive behavior or abuse of dominant position. 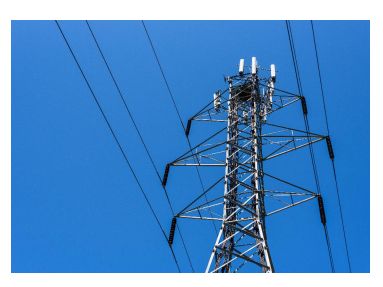 The Revised 2022 IRR retains the requirement that, for projects requiring a public utility franchise for its operation, the operator must be (i) a Filipino, or (ii) if a corporation, must be duly registered with the Securities and Exchange Commission and owned up to at least 60% by Filipinos; or (iii) if a consortium of local and foreign firms, Filipinos must have at least 60% interest in said consortium.

Given the passage of Republic Act No. 11659, which amended Commonwealth Act No. 146, otherwise known as the Public Service Act, the term "public utility" now has a narrower definition and refers only to a public service that operates, manages or controls for public use any of the following: (i) distribution of electricity; (ii) transmission of electricity; (iii) petroleum and petroleum products pipeline transmission systems; (iv) water pipeline distribution systems and wastewater pipeline systems, including sewerage pipeline systems; (v) seaports; and (vi) public utility vehicles. Thus, other activities that previously required a franchise, including the operation of railways and airports, are no longer considered public utilities and do not require any minimum Filipino ownership. 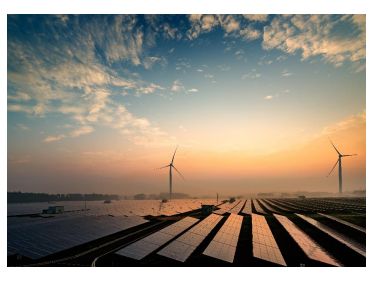 The Philippine Department of Energy (DOE) has announced that it is preparing the necessary amendments to Rule 6, Section 19 of the implementing rules and regulations (IRR) of the Renewable Act of 2008 to lift the 40% cap on foreign ownership of renewable energy project proponents.

This development came after the Philippine Department of Justice (DOJ) issued on 29 September 0222 DOJ Opinion No. 21 opining that the exploration, development, and utilization of inexhaustible renewable energy sources are not subject to the 40% foreign equity limitation provided under Section 2, Article XII of the 1987 Constitution of the Philippines. Said provision reads that "[a]ll lands of the public domain, waters, minerals, coal, petroleum, and other mineral oils, all forces of potential energy, fisheries, forests or timber, wildlife, flora and fauna, and other natural resources are owned by the State. The exploration, development, and utilization of natural resources shall be under the full control and supervision of the State. The State may directly undertake such activities, or it may enter into co-production, joint venture, or productionsharing agreements with Filipino citizens, or corporations or associations at least 60% of whose capital is owned by such citizens."

In said opinion, the DOJ said that the enumeration accompanying the term "natural resources" are properties that are within the State's power of dominium pursuant to the Regalian Doctrine (such as lands, fisheries, forests, and wildlife), which are all susceptible to appropriation and, thus, excludes the sun, the wind, and the ocean. The DOJ also said that constitutional debates centered on the strong concern and fear against fully opening to foreign exploitation the natural resources in Section 2, Article XII as it may lead to the possibility of running out of these limited and exhaustible resources. Thus, this compelling reason behind the imposition of the foreign ownership cap finds no application to inexhaustible renewable energy sources.

The DOJ further noted that limiting participation in these renewable energy projects will work only to the detriment of the country as there is no clear evil to be remedied and the adoption of these inexhaustible renewable energy source technologies would not only help in the attainment of a healthful and balanced ecology but also provide clean energy that would not be subject to price fluctuations and market forces similar to fossil fuels. Finally, the DOJ noted that the technical knowledge and experience, as well as the immense capital required to set up these inexhaustible renewable energy power stations to utilize solar, wind, hydro and ocean or tidal energies is akin to large-scale exploration, development and utilization of minerals, petroleum, and other mineral oils, which necessitates the aid of foreign capital, technology and/or expertise.