Australia: Consecutive owners of cargo: who holds title and the right to sue? 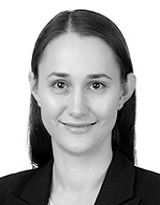 In Tritton Resources Pty Ltd v Ever Rock Navigation S.A. [2019] FCA 276, the Federal Court considered the application of the time bar under the Amended Hague Visby Rules and the entitlements of the consecutive owners of cargo under a bill of lading to claim against the ship's owners.

On 18 December 2011 the MV Ikan Jahan (ship) ran aground whilst on route from Newcastle, Australia to Tuticorin, India. The sea conditions were described as poor with rain and fog. It grounded on Manuk Island during passage through the Banda Sea, Indonesia. The ship was carrying, amongst other shipments, a cargo of copper concentrate (cargo).

The plaintiffs are consecutive owners of the cargo having been subject to successive contracts of sale between them. They allege that the ship's owners breached the non-delegable duty under Article III rule 1 of the Amended Hague Visby Rules to exercise due diligence to render the ship seaworthy. The plaintiffs seek indemnity for sums paid for their contribution towards the cost of the ship's salvage and a negative declaration and indemnity for their contribution to general average.

Grounding and salvage of the ship, sale and delivery of the cargo and parties involved

Ever Rock Navigation S.A. (Ever Rock) is the defendant and owner of the ship. Ever Rock is the carrier for the purpose of this claim because there was no bareboat charter and the signature provisions of the BOL indicated that it was issued for and on behalf of Ever Rock.

After the grounding, Ever Rock engaged Fukada Salvage and Marine Works Co Ltd (Fukada) to salvage the ship and cargo. The ship remained grounded for about four weeks. It proceeded to Singapore for repairs before resuming its voyage. The salvors were entitled to a payment of US$6,850,000 and the cargo interests were responsible for US$4,690,606 of that. US$2,718,675.24 was paid in respect of the copper cargo. Ever Rock declared general average following the grounding and the general average adjusters, Asai & Ichikawa of Japan, adjudged the plaintiffs liable to pay US $719,817.88.

At the time of the grounding, Ever Rock was subject to a time charter to PCL (Shipping) Pte Ltd of Singapore (PCL) and a voyage charter from PCL as "disponent owner" to Tritton Resources Pty Ltd (Tritton).

JP Morgan received the BOL on or about 17 November 2011, after paying the purchase price to Tritton. JP Morgan held the BOL when the grounding and salvage occurred.

JP Morgan sold the cargo to Sterlite Industries (India) Limited (Sterlite). JP Morgan was obliged to purchase insurance for the buyer from the passing of risk at the port of loading although Sterlite was obliged to make any insurance claim. Title was to pass to Sterlite when the first provisional payment was received (upon the ship's arrival at discharge port upon presentation of shipping documents, which was on 14 February 2012). Risk of loss and damage was to pass when the cargo was on board the ship at the port of loading. As the grounding occurred on route, risk had passed to Sterlite but title had not.

JP Morgan endorsed the BOL in blank and provided it to Sterlite on or about 8 February 2012, who became the lawful holder of the BOL (after the grounding and salvage).

Sterlite received delivery of the cargo from Ever Rock against presentation of the original BOL. Sterlite surrendered the BOL to the time charterer, PCL, on or about 10 February 2012, who passed it to Ever Rock's agent, Orient Marine Co Ltd.

Are the claims time barred?

The BOL is a contract to which the provisions of the Carriage of Goods by Sea Act 1991 (Cth), the Amended Hague Visby Rules (in Schedule 1A of that Act) and the Sea Carriage Documents Act1997 (NSW) apply.

Article III rule 6 of the Amended Hague Visby Rules imposes a time bar of one year from the delivery of the cargo, or the date when it should have been delivered. The limitation period expired on 18 December 2012.

Ever Rock granted a number of extensions to the cargo owners, as negotiated by the plaintiffs' insurers and the insurers' lawyers.

The Court extensively considered the negotiations between the parties and concluded that the time bar in Article III rule 6 of the Amended Hague Visby Rules did not apply to the plaintiffs because the defendant had granted an extension and the action was commenced within that extended period.

Who retains title and the right to sue?

Tritton had transferred the BOL to JP Morgan before the grounding. Under the purchase contract, title and risk of loss or damage of the cargo was passed from Tritton to JP Morgan when the cargo passed the ship's rails at the port of loading. For these reasons, Tritton was found to not have any rights against Ever Rock as a result of the grounding, either under the BOL or otherwise.

Sterlite became the holder of the BOL and presented it for delivery of the cargo. It is the only party with any rights under the BOL to pursue Ever Rock as ship owner, regardless of when the cause of action arose.

JP Morgan was the owner of the cargo and lawful holder of the BOL at the time of the grounding and during the period when the salvors were engaged and performed the salvage. JP Morgan is entitled to pursue a cause of action in tort for any loss or damage done to the cargo whilst it had title to it, including arising from the obligation to pay the portion of salvage charges applicable to the cargo. As the proposed cause of action in negligence was not shown to be without sufficient merit, the Court granted leave to JP Morgan to amend its statement of claim to include it as a cause of action.

It follows that Sterlite and JP Morgan are entitled to claim a loss in respect of the salvage agreement with Fukada, whereas Tritton has no entitlements to make such claim.

The Court's determinations on title and the right to sue resolve key issues at an early stage, minimising the time and cost of the legal proceedings and giving the parties certainty to pursue their respective claims. The substantive issues remain open for negotiation or further litigation.