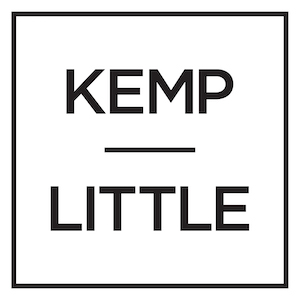 by Jeff Goodall
Kemp Little LLP
0 Liked this Article
To print this article, all you need is to be registered or login on Mondaq.com.
This article first appeared in the April edition of Data Protection Law & Policy, published by Cecile Park Publishing Ltd.

This article provides a brief explanation of the key provisions of the Data Retention Directive 2006/24/EC (the "Directive"1) and examines the proposed transposition of the Directive into UK law by way of the draft Data Retention (EC Directive) Regulations 2007. The draft Regulations are expected to replace the existing Voluntary Code of Practice for the Retention of Communications Data under Part 11 of the Anti-Terrorism, Crime and Security Act 2001.

The Directive came into force on 3 May 2006. Member States have until 15 September this year to implement the Directive, save that Member States may postpone application of the Directive to "the retention of communication data relating to Internet Access, Internet telephony and Internet e-mail" for up to 18 months (ie until 15 March 2009). [Art 15.3]

The United Kingdom has elected to do just that, obviously recognising that the retention of communications data relating to the Internet is a more complex issue, involving larger volumes of data and a broader set of stakeholders than the retention of data arising from fixed-line and mobile telephony services.

On the 27 March 2007 the Home Office issued a Consultation Paper inviting views on the initial transposition of the Directive into UK law, by way of the draft Regulations, which at this stage only apply to providers of fixed-network and mobile telephony services2.

That is, there should be no duplication of storage (and associated costs) of retained data. This also suggest that it is expected that data will be retained by upstream suppliers of services, so that there should be no need for resellers to retain data, provided they have suitable arrangements regarding data retention in place with their wholesalers.

The Directive provides that the relevant data may be "retained for periods of not less than six months and not more than two years from the date of the communication." [Art 6]

The draft Regulations provide for a retention period of 12 months in the UK. [Reg 4(2)]

The Home Office has indicated that, until the transposition of the Directive is complete with respect to data generated from Internet services, the existing arrangements under the Voluntary Code of Practice will continue.

Article 7(d) of the Directive provides that retained data "shall be destroyed at the end of the period of retention", but, somewhat curiously, includes a carve-out for "those [data] that have been accessed and preserved". [Art 7(d)] The Directive does not elaborate on exactly what is meant by this. For example, is the intention that it is the responsibility of the service provider to retain in perpetuity any data that has been "accessed"? It would seem to make more sense that it should be the relevant competent national authority that has requested access to the data who is responsible for the ongoing safe-keeping of such data. Fortunately the draft Regulations do not contain the additional language that appears in Article 7(d) of the Directive, which presumably means that in the UK, as far as service providers are concerned, all data shall be destroyed at the end of the 12 month retention period. [Reg 6(d)]

5. Data to be retained

The categories of information to be retained are reasonably comprehensive and, as they say, the devil is in the detail, particularly with regard to the precise meanings of some of the words and phrases used.

What will be of interest to ISPs and the like is the Home Office’s interpretation of what might at first seem like relatively mundane terms, such as "e-mail" (for example, does this include instant messenger services?). However, as the draft Regulations don’t deal with Internet services at this point in time, we will have to wait until the next instalment of this process to see how the Home Office proposes to transpose such terms.

There may be other issues with transposing the language used in the Directive. For example, it is noted that Article 5.1(c)(2)(i) refers to "the IP address … allocated by the Internet access service provider to a communication", whereas, generally speaking, IP addresses are allocated to particular machines or end users, not individual communications or emails.

Both the Directive and the draft Regulations provide that the data must be able to be transmitted by the service provider to the competent authorities "without undue delay". [Art 8 & Reg 7]

Thus, not only will service providers be required to store large amounts of data, they will also need to ensure that they can promptly identify and retrieve the data following a request from a competent national authority.

There is no indication of what might be an acceptable period of delay (hours, days, weeks or months) or if such period is flexible in response to, for example, when a request is received or the number of request received. Consider, for example, a request made a 9am on Good Friday or whether there is a requirement for service providers’ data storage and retrieval systems to be infinitely scaleable.

7. Reason for retaining data & access to data by third parties

The objective behind or reason for retaining the relevant data is "… in order to ensure that the data are available for the purpose of the investigation, detection and prosecution of serious crime, as [that term] defined by each Member State in its national law". [Art 1.1]

The Directive provides that Member States shall adopt measures to ensure that the data are "provided only to the competent national authorities in specific cases and in accordance with national law". [Art 4]

However, the Directive is not prescriptive with regard to the gaining of access to, and use of, the retained data by public authorities and/or law enforcement authorities of the Member States. This is left for Member States to deal with under their national laws.

The draft Regulations do not deal with this issue either, because access to the data is dealt with under other relevant legislation, including the Regulation of Investigatory Powers Act 2000 and the Anti-Terrorism, Crime and Security Act 2001.

Obviously, however, the issue of who has access to the retained data is very relevant as there is likely to be a direct correlation between the number of competent national authorities that may request access to the data and the cost to service providers of providing data in response to such requests, particularly given the requirement that the data retained can be transmitted without undue delay in response to requests.

There is also the outstanding issue of who else may obtain access to the retained data and under what circumstances. For example, is a court able to grant access in connection with a civil matter, as this is not currently expressly prohibited by the draft Regulations.

The Directive sets out a minimum set of standards that must be adhered to with respect to the security of the retained data, namely as follows:

The minimum standards set out in Article 7 are repeated in Regulation 6 of the draft Regulations, essentially word-for-word, save for the language in Article 7(d) regarding "those [data] that have been accessed and preserved".

The data-security provisions in Article 7 / Regulation 6 fall short of the recommendations made by the Article 29 Data Protection Working Party. The Working Party recommends, for example, that systems for storage of data for public-order purposes should logically be separated from systems used for business purposes. The Working Party has consistently resisted the introduction of the Directive on grounds of privacy and the protection of individuals’ fundamental rights. Given that the Working Party’s recommendations are not binding, it is unlikely that its suggestions will find much favour with those Member States that have supported wide-ranging data retention provisions from the outset, such as the United Kingdom.

Following on from the Voluntary Code of Practice, which provides as follows:

the draft Regulations provide that:

The Government has indicated that it does not intend to enforce the Regulations against service providers who it has not agreed to reimburse.

One of the key drivers behind the Directive, as stated in the first Article of the Directive, was supposedly "to harmonise Member States’ provisions concerning the obligations of … providers … with respect to the retention of certain data which are generated or processed by them". [Art 1.1]

Arguably, however, the Directive fails to achieve this objective. Consider, for example, the economic effect on different service providers located in different Member States of:

Unfortunately, however, there is not much that can be expected from the Home Office in this regard, because the scope for variation exists at the EU level, arising from the Directive itself.

We are, however, in a position at the moment to at least assist the Home Office with the refinement of the draft Regulations, so as to ensure that transposition of the Directive into UK law is as smooth as possible, which is, of course, the purpose and hopefully, the outcome of the current consultation process.

Responses to the Consultation Paper and the draft Regulations may be submitted to the Home Office up until 11 June 2007.

Annex A
Data to be retained - comparative table

ARTICLE TAGS
UK Media, Telecoms, IT, Entertainment IT and Internet Telecoms, Mobile & Cable Communications
POPULAR ARTICLES ON: Media, Telecoms, IT, Entertainment from UK
Coronavirus: Do Brands Have Any Recourse If The Media Wrongly Alleges They Have Furloughed Staff?
Withers LLP
The press has jumped on decisions taken by some famous brands to furlough their employees, pouring out scorn that it is morally reprehensible behaviour by a business which the media believes
IP Lessons From UMG And Lego's Partnership
Marks & Clerk
Earlier this month Universal Music Group and The Lego Group announced an exciting global partnership that will see Lego launch a new range of music based products.
To Whom Do Digital Sports Stars' Tattoos Belong?
Withers LLP
From a commercial standpoint, the representation and exploitation of an athlete's image and likeness is of utmost importance both in traditional sports as well as their video game virtualizations.
Now's Your Chance To Take Your Revenge On The "Head" Of The ASA!
Global Advertising Lawyers Alliance (GALA)
Have you ever been on the receiving end of an ASA decision that you didn't like? Did you feel hard done by when they banned your advertising? Were you aggrieved when they gave the green light...
The Recent Booking.Com Judgment In Germany: Another Piece In The Price Parity Puzzle In Europe
Dentons
On 4 June 2019, the Higher Regional Court of Düsseldorf (Oberlandesgericht or OLG) annulled the 22 December 2015 decision by the German Federal Cartel Office
TikTok – That [lip] Syncing Feeling About Social Media: Terms Of Service
Marks & Clerk
Following on from the first of this two-part series of articles, here I will be reviewing the end user licence agreement ("EULA") applicable for TikTok users based in the EEA or Switzerland.
FREE News Alerts
Sign Up for our free News Alerts - All the latest articles on your chosen topics condensed into a free bi-weekly email.
Register For News Alerts
Article Tags
UK Media, Telecoms, IT, Entertainment IT and Internet Telecoms, Mobile & Cable Communications
Related Articles
How Should We Regulate Online Targeting? Gowling WLG
Indirect Software Licensing: SAP v Diageo – 3 Years Later Kemp IT Law
The Art Market Adjusts: Next Steps For The UK Art Market Withers LLP
Sales Tax Legislation – The Bane Of The Art Market? Withers LLP
IP Lessons From UMG And Lego's Partnership Marks & Clerk
Comparative Guides
Anti-Corruption & Bribery
Blockchain
Cartels
Corporate Tax
Enforcement of Foreign Judgments
Mondaq Advice Centres
UK
Coming to and Investing in the UK
Global
Investment Immigration
Global
Trademarks in SAARC Countries
More MACs
Upcoming Events
Mondaq Social Media