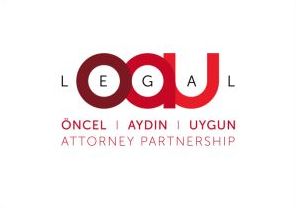 by Erman Öncel, LL.M. Esq
Öncel, Aydın & Uygun Attorney Partnership
0 Liked this Article
To print this article, all you need is to be registered or login on Mondaq.com.

This article aims to provide brief information on each stage.

The pre-negotiation stage is usually initiated by means of a letter of intent or a memorandum of understanding which briefly outlines the subject of the negotiations and sets out the intentions of the parties (also giving brief information about the prospective transactions and their stages). Sometimes, parties choose to incorporate some of the essential terms and conditions such as the prospective purchase price in the letter of intent.

The letter of intent is usually drafted as a non-binding legal instrument, meaning that the parties are not under the obligation to perform any of the transactions contemplated. However, the parties may give binding effect to some provisions such as obligation not to disclose the confidential information obtained at the pre-negotiation phase or not to negotiate with the third parties on the same matters for a certain period of time.

In most of share transfer deals, subsequent to the signing of the letter of intent and before the commencement of drafting of the transaction contracts; the buyer's consultants perform a due diligence investigation on the target company in order to determine whether there any risks attached to acquiring the shares of the target company.

Due diligences are also important in respect of the seller's liability. The seller under Turkish law is not liable for the defects already known or that should be known to the buyer, as these defects would no longer qualify as "hidden defects". Therefore, if no due diligence investigation is conducted by the buyer or in case of improper due diligence, (except for the cases where the seller is at fault), the buyer would not be able to detect the defects that "would have been identified should the required prudence have been performed", so that the buyer – in theory - could be deprived from making any claims regarding such defects.

Due diligence investigations are usually performed either physically at the premises of the target company and/or specific data room designated for the due diligence or electronically on a virtual data room.

The outcome of the due diligence investigations often enable the buyer to re-negotiate the purchase price or even re-consider whether to continue with the negotiations.

Usually, the outcome of the due diligence investigations are reflected in the representations and warranties section of the transaction documents.

To give an example, if it is determined that the target company is subject to certain legal proceedings, however the buyer still wishes to go ahead with the transaction despite of the existence of such proceedings; it is usually indicated in the main transaction document that the buyer warrants that the target company is not subject to any legal proceedings other than those determined/disclosed during the due diligence investigation.

With respect to the price offering, it is important to determine whether there is an offer or just an invitation for proposal.

According to the Turkish Code of Obligations ("TCO"), a proposal is an expression of will where the offering party offers the other party to conclude a contract. Two main features of an offer are i) the offering party being bound with its offer and ii) the contract to be concluded if and when the counter party accepts the offer. Therefore, a "proposal" must bear all the primary elements for a contract to be concluded. A price offer not worded correctly and lacking certain reservations would enable the other party to conclude a wrong contract with a simple affirmative answer. On the other hand, the party with the intention of making an offer must also assure that its offer contains all the correct essential elements to avoid the risk of encountering a claim that there is no valid offer, therefore there is no agreement at all.

In case of an "invitation for proposal", according to the TCO, if the party making the proposal explicitly states that it is not bound by its proposal, or if the intention of not being bound can be understood from the nature of the matter, the proposal will be an invitation, not an offer.

The most important legal document within the context of share transfer transactions is the purchase agreement. Purchase agreements mostly consist of terms and conditions regarding the i) purchase price and payment methods, ii) conditions precedent, iii) representations and warranties of the seller, iv) closing, v) penalty/indemnification, vi) reps&wars of the buyer, vii) other obligations such as non-compete.

1- Purchase Price and Payment Methods: Parties usually decide on how the purchase price will be paid. Payment methods can vary. In some deals, purchase price is paid in full or in installments; whereas, in some deals, certain part of purchase price is paid and – as a security – the remaining is held in an escrow account to be released after the condition precedents are fulfilled (e.g. reaching the agreed amount of profit within the first year following the completion of the deal or certain risks are eliminated).

Some of the frequently applied conditions precedent are as follows:

Qualifications of the target company are determined according to the outcome of due diligence investigations.

The risks which are found out or disclosed by the seller during the due diligence (e.g. existence of a certain ongoing legal proceeding) are usually explicitly indicated in the reps&wars clause as exceptions to the relevant warranted qualifications, if the seller wishes to go ahead with the transaction despite such risks anyway. Also, putting such exceptions in writing is also to the benefit of the seller as the buyer can no longer make any claims regarding such exceptions.

In other words, the seller minimizes the risk of not having disclosed certain facts (as exceptions) as a result of which the buyer can be entitled to seek damages for breach of warranty.

Generally, representations and warranties of the Seller include the following;

4- Closing: Provisions of the purchase agreement regarding the closing phase outlines which actions will be taken and which transactions will be performed for the fulfillment of the obligations of the parties, after all the conditions precedent are met.

The buyer usually only represents and warranties that it is lawfully established and existing under the applicable laws, it is authorized to sign and perform the transaction documents, performance of the transaction does not conflict with any agreements to which the buyer is party, etc.

6- Contractual Penalty: It is often seen in the share purchase agreements that parties agree on payment of a contractual penalty by the party failing to fulfill its obligations or violating any of the terms and conditions of the purchase agreement. To give an example, the seller may be required to pay a contractual penalty in case of breach of its representations and warranties or non-competition obligation.

According to the TCO, - as a rule - the grieved (non-breaching) party may claim either the performance of the obligation which is not fulfilled or the payment of the contractual penalty. In order to be able to claim both, an explicit provision must be included in the purchase agreement.

As a rule, the non-breaching party is not under the obligation to prove any damage in order to claim payment of the contractual penalty.

7- Non-Compete Obligation: It is also seen in the purchase agreements (mostly in deals where entire shares of the target company are transferred) that the seller undertakes a non-competition obligation, which restrict the seller from competing with the target company whose shares have been acquired, for a certain period of time.

In the acquisitions where 100% of shares are transferred, the non-competition period can generally be determined as 2-3 years at maximum.

In share transfer deals, the seller's obligation to transfer the shares and the buyer's obligation to pay the purchase price, can be subjected to either deferring and/or terminating conditions. In certain deals, approvals or permits from the administrative authorities may be required in order to perform the acquisitions and/or certain regulatory actions may be required to be taken.

This is the stage where the parties actually perform their respective obligations upon satisfaction of the conditions precedent set forth in the purchase agreement.

Usually, an acquisition is deemed to be finalized with the completion of the closing.

ARTICLE TAGS
Turkey Corporate/Commercial Law Contracts and Commercial Law M&A/Private Equity Securities
POPULAR ARTICLES ON: Corporate/Commercial Law from Turkey
Liability Of Directors For Debts Of The Company In India And The Czech Republic
LexCounsel Law Offices
Under common law rules and equitable principles, director's duties are largely derived from the law of agency and trusts. Under the law of agency, duties of skill, care and diligence are imposed...
Directors - How To Avoid Personal Liability In Times Of Financial Difficulty
Walkers
Economic downturns typically give rise to increased insolvency proceedings and stakeholder-driven litigation (as described in our recent briefing).
The Power Of The Minority: Five Rights That Every Majority Shareholder Should Be Aware Of
MJ Hudson
In this article we focus on some of the rights held by minority shareholders of a company incorporated in the UK, and how they can impact on the influence wielded by majority shareholders.
An Overview Of The Corporate Insolvency And Governance Bill
Wrigleys Solicitors
The Corporate Insolvency and Governance Bill is currently being considered in the House of Lords and is expected to become law later this month.
Dissolved Companies Restored To The Register – Implications For Directors' Duties
Collas Crill
A High Court decision has, among other findings, provided clarity to the effect of the statutory provisions relating to dissolved companies once they are restored to the Register. The High Court held that directors' duties...
Tax Rules On Waiving Income Or Donating To A UK Charity
Withers LLP
HMRC have provided an update on the tax implications of waiving your right to a salary or income in order to support a business or employer during the pandemic
FREE News Alerts
Sign Up for our free News Alerts - All the latest articles on your chosen topics condensed into a free bi-weekly email.
Register For News Alerts
Article Tags
Turkey Corporate/Commercial Law Contracts and Commercial Law M&A/Private Equity Securities
Related Articles
Covid-19 Kapsaminda Finansman Sözleşmelerinde Dikkat Edilmesi Gereken Hususlar Kolcuoglu Demirkan Kocakli Attorneys at Law
New Significant Transactions And Retirement Right Communiqué Balc&#305;o&#287;lu Selçuk Ard&#305;yok Keki Attorney Partnership
Transformation In Contracts Law: Electronic Contracts Kavlak Law Firm
Omnibus Law: Limitations On Dividend Distribution Kolcuoglu Demirkan Kocakli Attorneys at Law
Webinar Series: US And Turkish Securities Law Considerations In Turkish IPOs And ABBs Esin Attorney Partnership
Mondaq Webinars
COVID-19 Restart Series: Recovering and Rebuilding - Partnerships, Communities, Suppliers and Stakeholders Considerations while Leading through COVID-19
Bennett Jones LLP
Webinar Calgary Canada
Using Your Professional Services Firm’s Largest Source of Market Intelligence: Your Website’s Analytics
Magnifirm
Webinar Sydney Australia
More Webinars
Comparative Guides
Cartels
FinTech
International Arbitration
Labour and Employment
Merger Control
Mondaq Advice Centres
Turkey
Intellectual Property
Turkey
Privacy & Data Protection
Turkey
Competition and Antitrust
Global
Investment Immigration
Global
Trademarks in SAARC Countries
More MACs
Upcoming Events
Mondaq Social Media