Most Read: Contributor South Africa, May 2020

by Chris Bull
ENSafrica
0 Liked this Article
To print this article, all you need is to be registered or login on Mondaq.com.

A review of the development of IP firms in Africa

John Grisham's novel "The Litigators" begins with the words "The law firm of Finley & Figg referred to itself as a "boutique firm".  This misnomer was inserted as often as possible into routine conversations, and it even appeared in print in some of the various schemes hatched by the partners to solicit business.  When used properly, it implied that Finley & Figg were something above your average 2-bit operation.  Boutique, as in small, gifted and expert in one specialised area." This is a slightly uncharitable way of describing a boutique firm, particularly when one considers that this is often the model chosen for the delivery of legal services in areas such as intellectual property.

In Africa, as is the case in many regions, there is a debate taking place as to whether a boutique firm or a full service law firm is the preferred model for delivery of high end intellectual property services. It is too early to tell which strategy will ultimately be the more successful. What is beyond a shadow of doubt though is that the next 10 years are a critical phase in the development of intellectual property practices across Africa. 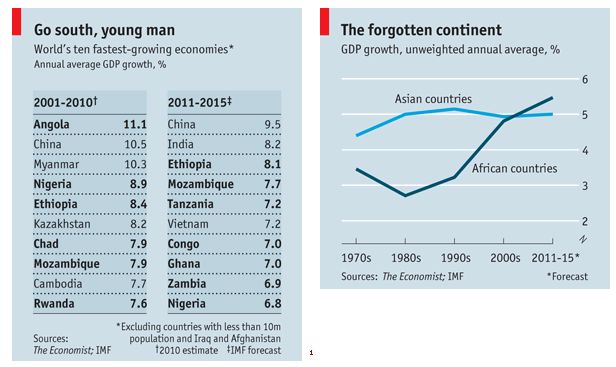 Patent and trade mark filings have mirrored this growth in economic activity, with double-digit growth in patent and trade mark filings in recent years.  This growth continues to be lead by companies based in the United States and Europe, with China emerging rapidly as a significant player in economic growth in Africa.  As might be expected, the most active sectors are pharmaceuticals, information technology, telecommunications and mining and retail.

During the 20th century a number of specialist intellectual property firms emerged in Africa, with the largest of these firms being in South Africa.  Some of these firms grew to be mid-sized firms by global standards, with more than 20 partners.  Outside of South Africa, small boutique firms and general law firms were handing intellectual property work in countries spread across Africa.  With the emergence of Africa as a significant economic region, patent and trade mark law firms are re-organising the way in which they develop their practises to meet the demands of this growth.  In developing strategies for the growth of their firms they are looking to the models that have been followed successfully in other regions.

Intellectual property service providers in Africa can be divided broadly into three categories:

There are many regional firms in Africa with a small group of IP professionals providing services to clients. Many of these regional African firms provide sound advice and services to clients. In some instances though these firms lack the breadth of experience or the organizational capacity to handle work for larger corporates who are seeking advice beyond patent and trade mark filing activities.

Regional and local firms can often have surprisingly high fee rates, which can stem from a lack of capital and volumes of work necessary to invest in world-class information technology and office systems. In the absence of these, cost savings through economies of scale can't be passed on to clients.

One of the biggest challenges for these firms is not to be drawn by the allure of doing work in other parts of Africa, where they may not have the capability and experience to deliver work to clients. There are instances where clients have discovered after a number of years that their work has not been done, misreported or abandoned. A difficult position to recover from.

IP firms based in Europe (providing services into Africa)

The model that is followed by these firms is to build up a body of professionals in Europe or elsewhere and establish working relationships with lawyers or IP professionals in local African countries. This model emerged during the 1970's with Spoor & Fisher establishing its practice in Jersey in the Channel Islands. Since then others have followed a similar model.

The challenge with this approach is generally two-fold. Firstly, the additional layer of cost established between the client and the agent actually making the filing in a particular country and, secondly, the additional costs of running operations out of relatively high cost jurisdictions. Both of these costs have to be passed back to the client.

Under this model clients are also finding it challenging to get advice beyond conventional patent and trade mark filing and prosecution work as the firms have in many instances not invested in the establishment of local infrastructure, skills and talent in African countries. The model is very much one of running things by remote control.

Large law firms based in Africa

By "large law firms based in Africa" I am referring to firms having in excess of 250 professionals based in Africa and annual fee turnover in excess of US$ 100 million. At present there is only one firm that meets these criteria, namely ENS (Edward Nathan Sonnenbergs), but one has to also consider Adams & Adams, which is by any standards a large IP firm.

These firms are investing substantial amounts of capital and effort in expanding their services across Africa. Both firms had their origin in South Africa and are now investing in opening offices across Africa. For a few years Adams & Adams dabbled with the idea of running its (non-South African) Africa practice out of Mauritius. This approach was soon abandoned in favour of a more direct approach of opening offices in Africa, which seems to be serving them well.

ENS has emerged in recent years as the largest law firm in Africa with a full service IP practice. The firm has been conscious of drawing talent with international experience in patent and trade mark filing and prosecution, litigation and IP commercial advice. It is also investing substantial amounts of capital in the expansion of its operations across Africa.

The development of IP practices across Africa is taking place rapidly and faces challenges similar to the challenges that firms have been faced in other regions that have seen similar levels of economic growth. In Africa though the shortage of IP professionals with relevant experience is perhaps more acute than elsewhere. There is a trend towards the concentration of these professionals in a few firms.

The building of the necessary organizational capacity to provide world-class IP services across the African continent will be a challenge for many firms. It will require substantial amounts of capital, often funded by the partners in a firm, quite apart from visionary and dynamic leadership. The next few years will determine which firms are able to meet these challenges.

For those that chose to avoid the challenge of building firms with scale and reach across the African continent there will always be the option of playing the role of a boutique IP firm, focusing on a particular country or region within the continent.

1. The Economist Jan 6th 2011 "A hopeful continent: The Lion Kings; Africa is now one of the world's fastest-growing regions"

ARTICLE TAGS
South Africa Intellectual Property Strategy Industry Updates & Analysis
POPULAR ARTICLES ON: Strategy from South Africa
Procedure For Registration Of Cooperative Society In Nigeria
Fred-Young & Evans
A Cooperative Society is a voluntary association of individuals, united by common bond, who have come together to pursue their economic goals for their own benefits.
Doing Business In Nigeria: Some Of The Incentives Available To Investors
Banwo & Ighodalo
Given Nigeria's vast human and natural resources (which position her as a frontier market and potential investment haven) and against the background of the recent rebasing of her GDP (which resulted in her emergence as Africa's largest economy), ...
An Overview Of The Industrial Sector In The Kingdom Of Saudi Arabia And The National Industrial Cluster Development Program
Shearman & Sterling LLP
Based on a variety of export-oriented industries including oil and gas, metals and mining, logistics, agrochemicals and food and beverages, the Kingdom of Saudi Arabia has the largest industrial output...
Fiscal Opportunities Of A Restructured Sports Sector: Football As Pilot (1)
Deloitte Nigeria
In today's world, the reality is that sports is a business. Perhaps this is why there is always that distinction between those who pursue a particular sporting activity as hobbies or means of relaxation ...
Impact Of Intellectual Property Infringement On Businesses And The Nigerian Economy
PwC Nigeria
Data has shown a strong correlation between strong intellectual property rights and economic development. Strong IP rights create an enabling environment for the innovation necessary for economic stimulation.
Unlocking Nigeria's Tourism Potentials
Taxaide Professional Services Ltd
Countries such as Dubai, South Africa and Kenya have made great returns for their government in the areas of Tourism.
FREE News Alerts
Sign Up for our free News Alerts - All the latest articles on your chosen topics condensed into a free bi-weekly email.
Register For News Alerts
Article Tags
South Africa Intellectual Property Strategy Industry Updates & Analysis
Similar Articles
Powered by mondaq AI
MATCH
67%
Adams & Adams: Expanding On A Legacy Of Greatest Hits Adams & Adams
Related Articles
Africa Regulatory ENSight - Issue 2 Of 2020 ENSafrica
Ports, Transport And Logistics Sector News Round-Up, 3/2020 (3 – 14 February 2020) Bowmans
Ports, Transport And Logistics Sector News Round-Up, 2/2020 (20 – 31 January 2020) Bowmans
Africa Regulatory ENSight - 8 Of 2019 ENSafrica
Ten Things To Know About Recent Developments And Trends In Africa | May 2019 Adams & Adams
Comparative Guides
International Arbitration
Mondaq Advice Centres
Global
Investment Immigration
Global
Trademarks in SAARC Countries
More MACs
Upcoming Events
Mondaq Social Media