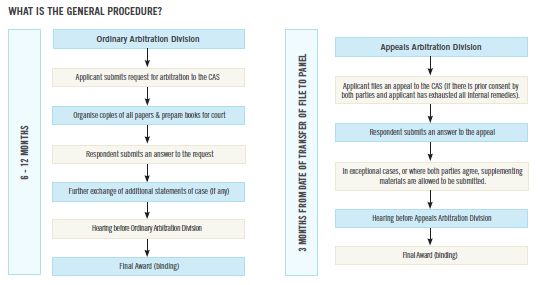 ARTICLE TAGS
Ireland Litigation, Mediation & Arbitration Arbitration & Dispute Resolution Media, Telecoms, IT, Entertainment Sport
POPULAR ARTICLES ON: Media, Telecoms, IT, Entertainment from Ireland
Coronavirus: Do Brands Have Any Recourse If The Media Wrongly Alleges They Have Furloughed Staff?
Withers LLP
The press has jumped on decisions taken by some famous brands to furlough their employees, pouring out scorn that it is morally reprehensible behaviour by a business which the media believes
TikTok – That [lip] Syncing Feeling About Social Media: Terms Of Service
Marks & Clerk
Following on from the first of this two-part series of articles, here I will be reviewing the end user licence agreement ("EULA") applicable for TikTok users based in the EEA or Switzerland.
To Whom Do Digital Sports Stars' Tattoos Belong?
Withers LLP
From a commercial standpoint, the representation and exploitation of an athlete's image and likeness is of utmost importance both in traditional sports as well as their video game virtualizations.
The Art Market Adjusts: Changes In The Work Force
Withers LLP
I mentioned in a previous Q&A in this series that we are hearing buzzwords in the art industry during this pandemic, and unfortunately one of those buzzwords that is making many in the art world
Turkey's New Commercial Electronic Message Management System
Ozbek Attorney Partnership
A new commercial electronic message management system called Ileti Yönetim Sistemi (the "IYS")1 is introduced by the Amendment Regulation on 4 January 2020.
The Italian Competition Authority Closes First Case On Micro-Influencer Marketing & Hidden Advertising
Global Advertising Lawyers Alliance (GALA)
On February 25, 2020, the Italian Competition Authority ("AGCM") closed its proceedings against the Italian food giant Barilla G. e R. Fratelli Società per Azioni ("Barilla") and nine...
FREE News Alerts
Sign Up for our free News Alerts - All the latest articles on your chosen topics condensed into a free bi-weekly email.
Register For News Alerts
Article Tags
Ireland Litigation, Mediation & Arbitration Arbitration & Dispute Resolution Media, Telecoms, IT, Entertainment Sport
Related Articles
Tough Love For Manchester City FC On Valentine's Day 2020 Arthur Cox
New Legislation To Regulate Political Advertising On Social Media STA Law Firm
Advertising Standards Authority For Ireland (ASAI) Issues New Guidelines Relating To The Advertising Of Non Alcohol Product Variants Global Advertising Lawyers Alliance (GALA)
The High Stakes Of Betting On Data Arthur Cox
New UK Regime For Telecoms Contract Changes And What To Expect In Ireland Matheson
Comparative Guides
Anti-Corruption & Bribery
Corporate Tax
Enforcement of Foreign Judgments
Mondaq Advice Centres
Offshore
Asset Management & Investment Funds
Global
Investment Immigration
Global
Trademarks in SAARC Countries
More MACs
Upcoming Events
Mondaq Social Media