The Christian Louboutin SAS (hereinafter referred to as 'the Plaintiff') are exclusive owners of registered trademark 'RED SOLE' in India. The details of the trademark registrations of the Plaintiff as given in the plaint are mentioned in the table below: 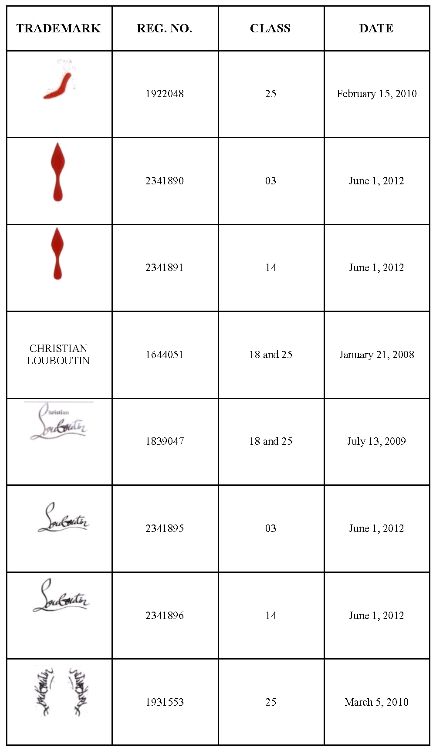 The Plaintiff filed a suit seeking reliefs of injunction against the infringement of its trademark, passing off, damages etc. against Abubaker and some other shoe outlet owners (hereinafter collectively referred to as 'the Defendants'). The major pela given by the Plaintiff was that 'RED SOLE' is not a wordmark but it is literally a red colour shade applied to the soles of the ladies' footwear manufactured by the Plaintiff.' 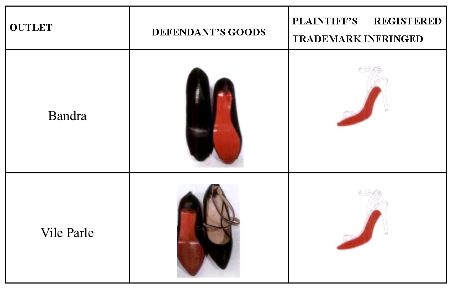 The Delhi High Court (hereinafter referred to as 'the Court') made a proposition to the Learned Senior Counsel for the Plaintiff that no legal cause of action can be said to be made out as per the averments of the plaint for the Plaintiff to be granted reliefs claimed in the suit.

The Plaintiff relying upon the case of Bright Enterprise Private Ltd. & Anr. Vs. MJ Bizcraft LLP & Anr.1 argued that the Court should not act as an adversary and the present commercial suit cannot be dismissed at this stage by holding that there is no real prospect for the Plaintiff to succeed inasmuch as this plea under Order XIIIA CPC as applicable to commercial suits can only be taken by the Defendants after they are served in the suit, and the Defendants move such an application under Order XIIIA CPC for dismissing the suit on the ground that Plaintiff has no real prospect to succeed, with a 30 days' notice being given in terms of the application under Order XIIIA CPC to the Plaintiff to contest this issue.

On the issue of capability of single color as a trademark, the Plaintiff relied on Deere & Company & Anr. vs. Mr. Malkit Singh & Ors2 wherein it was held that a single color is entitled to protection as a trademark and Christian Louboutin Sas vs. Mr. Pawan Kumar & Ors.3 wherein a Single Judge of this Court has passed a decree in favor of the present Plaintiff by holding the Plaintiff's entitlement to exclusive ownership of the trademark of red colour on the soles of its ladies' footwear.

Analysis by the Court on Single Color Trademark

The Court while examining the question that 'on taking the contents of the plaint as correct whether there exists a legal entitlement in the Plaintiff to claim the reliefs as prayed in the suit?' took into consideration Section 2 (m), 9, 29, 30, 31 and 32 of the Trade Marks Act, 1999.

The Court disagreed with the contention of Plaintiff wherein it placed reliance on the case of Qualitex Co. v. Jacobson Products Co., Inc. and argued that a single colour is recognized for being granted the status of a trademark in USA, and therefore this Court also should hold that single colour is entitled to protection as a trademark under the Trade Marks Act of this country. The Court held that a judgment passed by a Court not of this country, is a judgment as per the statute applicable with respect to the law of trademarks in that other particular country, whereas this Court has to decide as per the statute of this country viz the Trade Marks Act, 1999.

The Court also rejected the contention of the Plaintiff where the reliance was placed on Deere & Company & Anr. vs. Mr. Malkit Singh & Ors Christian Louboutin Sas vs. Mr. Pawan Kumar & Ors. The reason of the Court was that the judgements have not considered the definition of the expression 'mark' as found in the Trade Marks Act as also Section 30(2) of the Trade Marks Act.

The Court agreed with the Plaintiff on the fact that even though there is an absolute bar for registration of trademark, yet if distinctiveness is achieved by using of such a trademark which ought not to have been registered as a trademark, then such a trademark on achieving distinctiveness because of user, will become a valid trademark, and its registration cannot be cancelled. However, the Court further pointed out that whatever is sought to be claimed as a trademark must first also be a mark. The Court held that the benefit of the Proviso to Section 9(1) of the Trade Marks Act read with Section 32 of the Trade Marks Act would be available to the Plaintiff only if first of all the red colour which the Plaintiff claims to be the exclusive owner is at all capable of being a mark.

Decision of the Court

The Court held that:

IMPACT OF THE DECISION

This decision of Delhi High Court will have far reaching impact. The question that the decision now poses is what will be the fate of single color marks which are already registered as trademarks? Details of few single color registered trademarks as per the records of the trademark registry is given below: