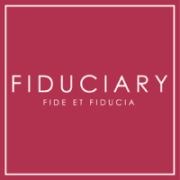 by Michael Ashton
Fiduciary Group
0 Liked this Article
To print this article, all you need is to be registered or login on Mondaq.com.

Gibraltar has a vibrant and growing insurance industry, so let's start with a few facts:

Gibraltar is a British Overseas Territory which is a self-governing and self-fi nancing parliamentary democracy within the EU, located at the southernmost tip of the Iberian Peninsula. The territory covers 6.5 km. and has a land frontier with Spain. Gibraltar is a separate and distinct legal jurisdiction and its Parliament is solely responsible for the enactment of all domestic laws and for the transposition of EU directives.

Gibraltar has an extensive and diversifi ed servicebased economy. The principal contributors to Gibraltar's economic base are fi nancial services, maritime services, egaming and tourism. The economy is forecast to grow from £1.1bn to £1.65bn between 2011 and 2015 and the Government of Gibraltar has maintained a budget surplus throughout the recent economic slowdown that has a. ected much of the developed world. The Hon Gilbert Licudi QC, Minister responsible for Financial Services has identifi ed the insurance industry as one of the key areas of fi nancial services that the Government is keen to expand and promote over the next few years.

As mentioned previously, Gibraltar motor insurers currently write 10% of the total UK motor market and the number of motor insurers is expected to grow over the next few years.

Corporation tax is currently 10% and there is no tax for insurers on investment income. This attractive fi scal environment should o. er favourable opportunities to write more long tail business and makes Gibraltar an excellent location for run-o. business. In October 2012 an insurance licence was granted for a run-o. company set up to receive the transfer in of a legacy portfolio of an Irish company in administration.

Two of the three largest global insurance managers have operations in Gibraltar and there are also independent insurance managers with a signifi cant number of insurance companies under management. Three of the 'big four' audit fi rms have a presence in Gibraltar as do other leading accountancy fi rms and there are also independent local fi rms. Insurers' legal requirements are well served with a wide choice of well qualifi ed legal practitioners and 16 banks and building societies are currently authorised by the Financial Services Commission.

A bilingual workforce in English and Spanish, two of the most widely spoken languages in the world, is of great benefi t.

There is a market requirement for EU captives that can cede European risks where the parent is not licenced to write direct insurance in Europe or to access reinsurance markets. Gibraltar expects to build on its reputation as a gateway to Europe in the future.

Captive owners are increasingly looking to maximise capital value and one way in which they can do so is to widen the use of their existing captives to write customer business subject to regulatory approval. In addition to providing an opportunity to write additional revenue, the ability to write direct third party owner business reduces the need for fronting arrangements. Thus leakage of income to the fronting company and the need for funds to be tied up with the fronting company's security requirements are both reduced. Importantly, in a world where responsiveness is a key business requirement the ability to make swift decisions to react to changing market conditions is paramount. The captive can quickly introduce changes to products and or rates without the need to go through a fronting company's compliance department.

Gibraltar was the first EU jurisdiction to o.er protected cell companies legislation in 2001 in conjunction with passporting throughout the EU. As a result, Gibraltar PCCs are widely used within insurance company structures writing both general insurance and life insurance business. The innovative nature of the PCC has led to one insurance manager creating almost 50 cells and its PCC being the largest in the EU providing solutions for both cell captives and fronting cells.

The cost e.ciencies of using a cell captive as opposed to a stand-alone captive together with the uncertainties surrounding the implementation of Solvency II and its impact on EU domiciled captives are likely to ensure Gibraltar's existing PCCs continued to expand.

The Government of Gibraltar takes regulation and compliance very seriously, whether it is complying with all EU directive obligations or the highest standards of regulation in financial services.

Gibraltar has no overdue transpositions of EU directives; one of the very few EU jurisdictions in this position, despite Gibraltar's size and lesser resources compared to most other EU jurisdictions.

The Financial Services Commission (FSC) is an independent statutory body corporate established by Gibraltar's Parliament. The FSC is responsible for the licensing and regulation of all financial services activity in Gibraltar.

The FSC undertakes to process insurance applications for authorisations in timeframes that are well below the statutory six month requirement. The service level standard for insurance companies is 18 weeks, providing the applicant makes a full submission of the application with all accompanying documents.

There is a general consensus that the FSC is an accessible regulator and that requests for changes to a licensed insurance company's business plan are reviewed in a timely manner. As one global consultancy firm remarked the regulator has a reputation of being business friendly and pragmatic whilst always robust.

As regulation becomes increasingly more onerous for insurance companies and the industry demands swifter decisions in an ever faster and competitive business environment the ability to be able to access an insurance regulator is a key factor in the choice of an insurance domicile.

The warm and sunny climate has undoubtedly played a part in attracting insurance professionals to Gibraltar and the opportunity to pursue outdoor sports such as sailing and golf are compelling. A new airport terminal opened in 2012 with daily flights to an increasing number of UK destinations and Malaga airport is only a short drive along the coast and serves numerous European cities.

In summary, Gibraltar's insurance expertise, speed to market and lifestyle make it an attractive insurance domicile and one that is expected to continue to grow and prosper.

ARTICLE TAGS
Gibraltar Finance and Banking Financial Services Insurance Insurance Laws and Products
POPULAR ARTICLES ON: Insurance from Gibraltar
Brexit Impact On Insurance Undertakings - Clarifications By The Luxembourg Supervisory Authority
Arendt & Medernach
In two information notices dated April 2 and April 8, 2020, the Commissariat Aux Assurances ("CAA") clarified the impact of a hard Brexit and the related loss of the UK's status...
Key Benefits Of Establishing A Captive Insurance Company
Ocorian
In part one of this three-part series shining a spotlight on the establishment of a captive insurance company, Managing Director - Bermuda, Alison Dyer details the key benefits of an effective captive and why it is ...
Why The Development Of A Secondary Market Will Transform ILS
Appleby
The ILS market has become an increasingly important feature in the risk transfer landscape in recent years, and is growing increasingly diverse, encompassing not....
Insurance Claims Management: Using The Most Appropriate Governing Law & Jurisdiction Clause In Reinsurance Contracts
BSA Ahmad Bin Hezeem & Associates LLP
BSA are often instructed by the London market for coverage advice pending disputes between cedant and reinsurers. Many of those treaty terms will be governed...
Hong Kong On The Verge Of Launching An ILS Regime
Mayer Brown
In the Chief Executive's Policy Address in 2018 and the 2019-2020 Budget Speech by the Financial Secretary, the government announced that, as part of its initiative to promote the development of the insurance industry...
COVID-19 Hong Kong: Hong Kong's Measures To Promote Itself As A Regional Insurance Hub
Clyde & Co
The Hong Kong Government and other bodies of authority have been proposing to implement a number of key measures to enhance the attractiveness of the insurance industry in Hong Kong.
FREE News Alerts
Sign Up for our free News Alerts - All the latest articles on your chosen topics condensed into a free bi-weekly email.
Register For News Alerts
Article Tags
Gibraltar Finance and Banking Financial Services Insurance Insurance Laws and Products
Related Articles
In-Perspective Hassans
Potential Use Cases For DLT And ICOs In InsurTech ISOLAS
How DLT Can Revolutionise The DLT Space ISOLAS
Post-Brexit Briefing Update: Gibraltar, Spain, Malta Hassans
Post-Brexit ‘Three-Way Strategy' For The Gibraltar Insurance Sector Explained Hassans
Comparative Guides
Blockchain
Corporate Tax
FinTech
Mondaq Advice Centres
Global
Investment Immigration
Global
Trademarks in SAARC Countries
More MACs
Upcoming Events
Mondaq Social Media