by Alexander R. Klett and Valeria Mushchinina
Reed Smith
0 Liked this Article
To print this article, all you need is to be registered or login on Mondaq.com.

On May 2, 2009, the European Court of First Instance had to decide on the registrability of three-dimensional trademarks in two cases.

In the first case (T-449/07), the plaintiff had applied for a three-dimensional CTM in the form of an arrangement of five separate sausages, the ends of which are linked. The application was, among others, for meat, poultry and game products and other food products. In principle, a product design as such can be protected by trademark law. In that regard, the criteria for assessing the distinctive character of three-dimensional marks consisting of the shape of a product are no different from those applicable to other trademark categories. However, average consumers will often not view mere product shapes as indicators of origin, and it is therefore often more difficult to establish distinctiveness in relation to such a three dimensional mark than in relation to a word or figurative mark.

Also, the use of a novel form of presenting sausages as a particular marketing concept is a factor that cannot have any bearing on the assessment of the registrability of the mark. Therefore, according to the court, the shape applied for is devoid of distinctive character within the meaning of Article 7(1)(b) of the Community Trademark Regulation. 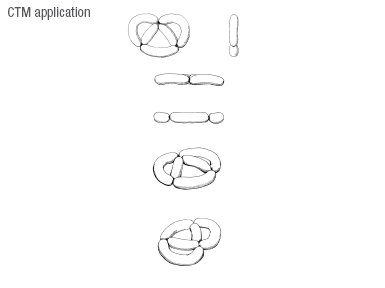 The court also denied the registrability of a trademark for perfumes in the shape of a cylindrical, elongated and transparent perfume spray bottle (T-104/08). The court stated that the more the shape applied for comes close to the shape in which the product most likely appears, the more likely it is that this shape lacks distinctive character. A "variation" of the common shape of a product type does not suffice for distinctiveness, according to the court. Although the court admitted that it is easier to prove the distinctive character of a perfume packaging in comparison with other three-dimensional trademarks, the same criteria for the assessment of distinctiveness are still to be applied. The court decided that the shape applied for, which is quite plain, is, taken as a whole, quite common and is often used especially for perfume tester bottles. The same, according to the court, applies to the combination of the parts of the shape. 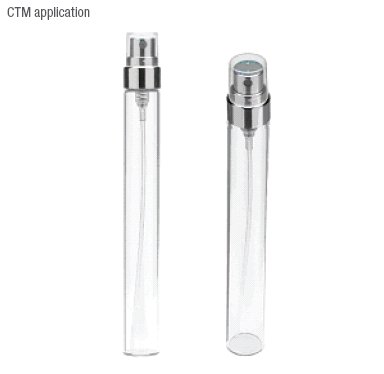 On March 12, 2009, the European Court of Justice decided a case concerning the scope of protection of well-known trademarks according to Article 8(5) of the Community Trademark Regulation (C-320/07 P). The NASDAQ Stock Market Inc., the owner of the earlier trademark "NASDAQ," registered inter alia for financial services, opposed the application of a figurative trademark "Nasdaq" for sport equipment by Antartica Srl. pursuant to Article 8(5) of the Community Trademark Regulation (broader protection for well-known trademarks). The Court of First Instance as court of lower instance held that Antartica's use of the figurative mark "nasdaq" without due cause would take unfair advantage of or be detrimental to the distinctive character and repute of the earlier mark. The trademark NASDAQ presents a certain image of modernity, which establishes the existence of a future risk that this reputation could be transferred to the goods of Antartica. 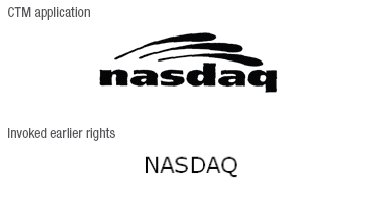 Antartica Srl. claimed that the consumers of the goods covered by the trademark applied for are not aware of the earlier mark and, therefore, that any unfair advantage can be ruled out in the current case. For purposes of Article 8(5) of the Community Trademark Regulation the "reputation" of the earlier mark, according to Antartica, had to extend to the general public and not only to the public constituted by the consumers of the goods designated by that trademark.

The European Court of Justice agreed with the court of lower instance and stated that considering the omnipresence of the stock market NASDAQ in the press—not only in the specialist press but also in the general press—and the interest of a large part of the general public in the development of the financial markets, the reputation of the earlier mark reaches further than only to professional circles of the financial sphere.

However, only a few weeks later, on April 30, 2009, the European Court of Justice decided in another case regarding Article 8(5) of the Community Trademark Regulation (C-136/08 P) that no likelihood of confusion exists between the earlier figurative trademark "Camel," which was registered for tobacco goods and cigarettes, and the figurative trademark "Camelo," registered for coffee. 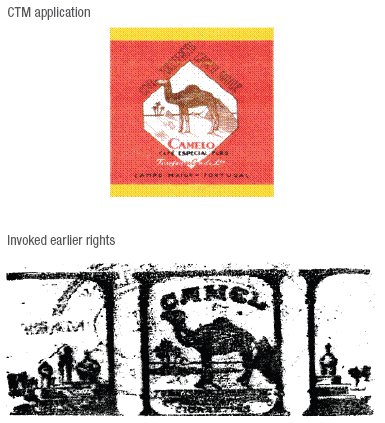 Consequences of a breach of a trademark license agreement

In the judgment of the European Court of Justice dated April 23, 2009 (C-59/08), the following facts were at issue: Christian Dior couture SA concluded a trademark license agreement with Société industrielle lingerie (SIL) in respect of the manufacture and distribution of luxury corsetry goods bearing the Christian Dior trademark, which is owned by Dior.

According to the agreement, in order to maintain the repute and prestige of the trademark, SIL was obliged not to sell the goods outside the selective distribution network. In breach of its contractual obligations, SIL sold goods bearing the Christian Dior trademark to Copad, a company operating a discount store business. Therefore, Dior brought an action against SIL and Copad for trademark infringement. Within this action, the French Cour de cassation decided to refer three questions to the European Court of Justice for a preliminary ruling.

The court answered the question of whether a provision in the license agreement prohibiting sales to discount stores on grounds of the trademark's prestige falls under Article 8(2) of the Directive 89/104/EEC (Trademarks Directive) in the affirmative, provided it has been established that contravention, by reason of the situation in the main proceedings, damages the allure and prestigious image that bestows on the respective products an aura of luxury.

Article 8(2) of the Trademarks Directive contains the following wording:

The court pointed out that it is precisely where the licensee contravenes provisions in the license agreement concerning, in particular, the quality of the goods manufactured, that Article 8(2) of the Directive enables the proprietor of the trademark to invoke the rights that the directive grants him. The quality of luxury goods is also based on the allure and prestigious image that bestows on them an aura of luxury. Therefore, an impairment to that aura of luxury is likely to affect the actual quality of those goods. It is not impossible that the sale by the licensee of luxury goods to discount stores that are not part of the selective distribution network set up under the license agreement may constitute such impairment. The court stated that it is for the national court to examine whether contravention by the licensee had damaged the aura of luxury of the goods. In this respect, the nature of the luxury goods bearing the trademark, as well as the volumes sold, had to be taken into account, along with the question of whether the licensee sells the goods to discount stores that are not part of the selective distribution network regularly or only occasionally, and what the nature of the goods normally marketed by those discount stores—and the marketing methods normally used in that sector of activity - are.

The second question concerned the circumstances under which the trademark owner cannot claim his right to prohibit the use of a trademark because his rights are exhausted. According to Article 7(1) of the Directive, exhaustion occurs in relation to goods that have been put on the market in the Community under the trademark by the proprietor or with his consent. The European Court of Justice decided that in cases in which a licensee puts goods bearing a trademark on the market in disregard of a provision in a license agreement, he does so without the consent of the proprietor of the trademark if it is established that the provision in question is included in those exhaustively listed in Article 8(2) of the Directive.

The court answered as follows: Where a licensee sells goods to a discount store in contravention of a provision in the license agreement, a balance must be struck. On the one hand, the legitimate interest of the proprietor of the trademark covered by the license agreement in being protected against a discount store that does not form part of the selective distribution network using that trademark for commercial purposes in a manner that could damage the reputation of that trademark needs to be considered. On the other hand, the discount store's legitimate interest in being able to resell the goods in question by using methods that are customary in its sector of trade has to be taken into account. Therefore, should the national court find that sale by the licensee to a third party is unlikely to undermine the quality of the luxury goods bearing the trademark, so that it must be considered that they were put on the market with the consent of the proprietor of the trademark, it will be for that court to assess, whether further commercialization of the luxury goods damages the reputation of that trademark. In this respect, it is necessary to take into consideration, in particular, the parties to whom the goods are resold, and the specific circumstances in which the luxury goods are put on the market.