by
Watson, Farley & Williams
0 Liked this Article
To print this article, all you need is to be registered or login on Mondaq.com.

Merger control issues should be considered early in any transaction timetable. Early consideration allows the parties to identify potential obstacles to the transaction – and possible solutions – early on and is also helpful in cases that clearly do not raise competition concerns, to ensure that the necessary clearances are obtained prior to the expected completion date.

Parties should seek advice for all jurisdictions where the merger may produce a change in the status quo. Failure to notify a merger can result in the transaction being void as well as in fines1 . Fines can be substantial, e.g. the European Commission can fine companies up to 10% of their worldwide group turnover for merging without notifying the Commission.

This briefing sets out the thresholds for notifications in the EU and Germany and provides an introduction to EU and German merger control procedures. It does not deal with substantive aspects of merger control, namely whether any merger that needs to be notified may give rise to competition concerns.

The European Commission has exclusive jurisdiction under the EU Merger Regulation (the "EUMR")2 to investigate mergers and joint ventures within the EU which fulfil the filing requirements under the EUMR.

When is a filing required?

A concentration arises where there is a change in control on a lasting basis. This includes a change in the quality of control (e.g. where one jointly controlling shareholder exits a joint venture). Temporary changes of control will not meet this test, although the Commission has found joint ventures lasting no more than eight years to be concluded "on a lasting basis".3.

Whether a concentration has an EU dimension is determined by the parties' turnover (see Annex One for a detailed guide to the turnover test under the EUMR). As a starting point, though, a merger will not have to be notified to the European Commission unless the merging parties have:

If sole control is acquired, the acquirer's group turnover and the turnover of the target (including any subsidiaries) will count, whereas the seller's turnover is not relevant. In cases involving joint control, however, the turnover of a jointly controlling parent company will also be taken into account. Accordingly, joint ventures are more likely to meet the notification thresholds than other transactions.

The parties acquiring control are responsible for ensuring that an EU merger is notified to the Commission. Notification is by way of a so‑called "Form CO", which is a detailed questionnaire requesting information on the parties, their customers and competitors, and the affected product markets and geographic markets.

There is no formal deadline for submission of a Form CO, although parties may not complete a concentration with an EU dimension without clearance from the Commission. As a matter of best practice, the Commission should be contacted as soon as possible when a transaction is sufficiently defined and in any event immediately following the public announcement of a proposed merger. Draft Form COs are usually sent to the Commission prior to notification to ensure that the final version submitted is considered complete.

The German competition authority is the Federal Competition Authority (Bundeskartellamt). It has jurisdiction to review transactions that fall under the criteria set out in the Act Against Restraints of Competition (Gesetz gegen Wettbewerbsbeschränkungen, GWB), provided that the transaction does not trigger the exclusive jurisdiction of the EU Commission as set out above.

When is a filing required?

A transaction is notifiable in Germany if: (1) it is a concentration under merger control rules; (2) certain turnover thresholds are exceeded; and (3) no exception applies. In Germany, a relevant concentration may exist without a "change of control", as the rules are wider than the EU merger rules. A concentration arises if any of the following applies:

A concentration is only notifiable if certain turnover thresholds are exceeded, namely if in the last business year before the merger:

As an exception, transactions do not need to be notified if:

There is no mandatory form for a notification. Certain minimum information on the transaction, the parties and their respective groups, their turnover, and their market shares is required by law. Apart from that, the level of detail can be adapted to the case at hand. Pre‑filing contacts with the authority are not required but can be helpful in difficult cases or where the parties would like to request guidance with regard to specific questions. Pre‑filing contacts will remain confidential.

German merger investigations can have two phases. Phase 1 starts with the submission of a complete notification and may take up to one month. Transactions that do not raise competition concerns are cleared during Phase 1.

Before the expiry of Phase 1, the Federal Cartel Office can inform the parties that it will conduct a Phase 2 investigation, which is an in‑depth investigation of cases that may raise competition concerns. Phase 2 investigations may take up to four months from the initial date of submission of a complete notification. The parties may agree to extend the deadline.

During both phases, the Federal Cartel Office may request additional information. Such information requests generally do not stop the clock, provided the initial notification was complete. A delay in answering may, however, have the consequence that the transaction is not automatically deemed to be cleared after the expiry of the relevant investigation deadline as would otherwise be the case.

The substantive test is whether or not the proposed transaction will create or strengthen a dominant position on any relevant market. If this would be the case, the transaction would either be blocked or would only be cleared under commitments that address the competition concerns.

A draft bill amending the Act Against Restraints of Competition has been published that includes amendments to the merger control rules. The amendments are still under discussion and not expected to enter into force before 1 January 2013, but we will be happy to provide details, if this is of interest.

Should you like to discuss any of the issues raised in this briefing, please contact a member of our Competition, Regulation & Networks team, or your regular contact at Watson, Farley & Williams. 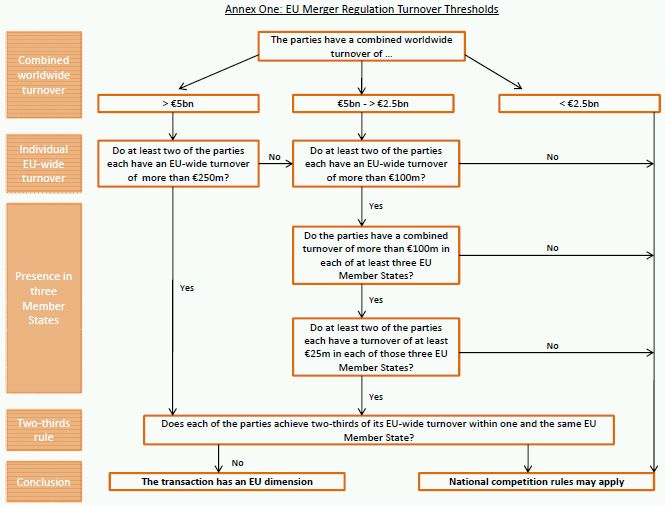 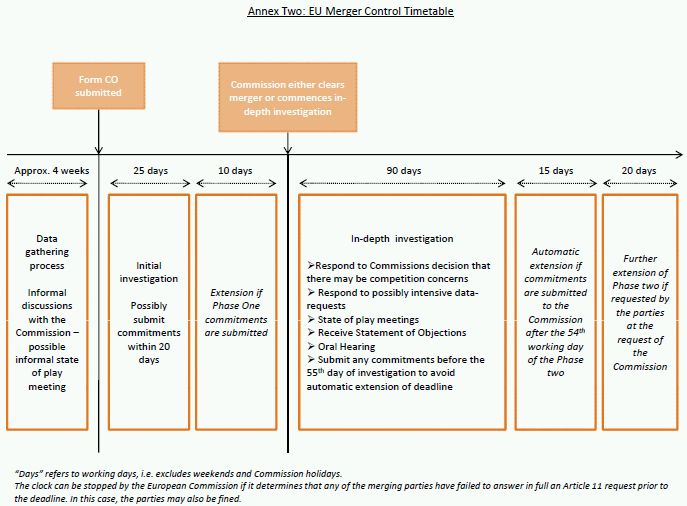 1. E.g. the German Federal Cartel Office recently imposed a fine of €206,000 for failing to notify an acquisition of control

3. Note that transactions that do not qualify as a "concentration" under EU rules may be notifiable in individual member States where a concentration can be defined differently.