As explained in the January 2017 edition of Insights, the end of the year in France is always marked by a fiscal legislative process to amend the current year's finance law and to draft the law for the upcoming year.1

The present article summarizes the main changes to the individual and corporate tax regimes under both the Amended Finance Law for 2017 and the 2018 Finance Law2 – the first of French President Emmanuel Macron's five-year term – and recent case law relating to the treatment of trusts for French wealth tax purposes.

The French wealth tax is currently applicable to the worldwide assets of French residents having a net worth in excess of €1.3 million and to certain French-situs assets belonging to nonresidents whose net worth is in excess of this threshold. As of January 1, 2018, the French wealth tax will only be applicable to real estate or certain real estate rights.

Individual income tax rates have been adjusted for inflation by 1%. The new income tax brackets will be as follows: 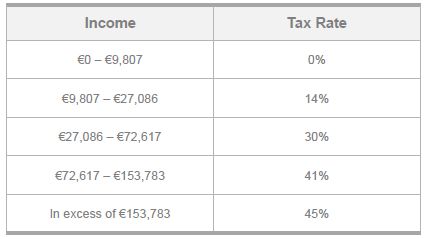 The introduction of a withholding tax-based system – announced last year3

In addition, a flat tax of 30% will be applied as of January 1, 2018, on financial income (i.e., dividends, interest, and capital gains realized on the disposition of assets generating such income). The components of the flat tax are broken down as follows:

As a result, passive-type income that is subject to the flat tax is not taxed at graduate rates but at an overall 30% rate, no matter the tax bracket of the recipient. Taxpayers will be able to elect out of this regime and be subject to ordinary income tax rates as calculated under current law. This would enable them to take advantage of so-called abatements on dividends and share sales.

The current general French corporate income tax rate is 331/3%. It will be gradually decreased as follows:

The 15% tax rate applicable to small- and medium-sized entities will continue to be applicable.

As a result of the above decisions, the additional 3% tax has been repealed and French taxpayers are entitled to a reimbursement for amounts paid.

In order to counter the resulting tax loss, the Amended Tax Law for 2017 provides for a one-time additional corporate income tax on corporations with tax years ending between December 31, 2017, and December 30, 2018. The tax is computed as follows: 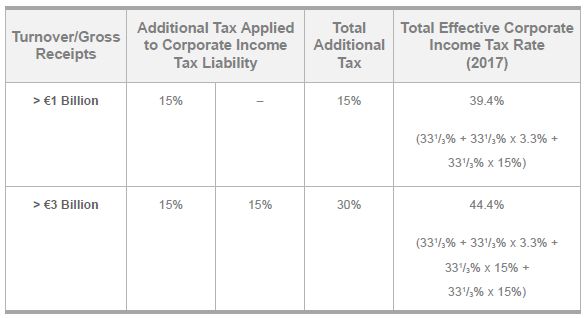 The French Constitutional Court, in a decision dated December 15, 2017, confirmed that Article 885 G ter is valid and does not violate the French Constitution.9 However, it provided an important caveat: Article 885 G ter only sets a simple presumption that the trust assets and capitalized income are includable in the settlor's wealth tax basis. The burden is thus on settlors to prove that they are not the owners of the assets or the capitalized income and that they cannot benefit from such assets or income.

1 See, in detail, "News on the French Front: Tax Law Changes for Corporations and Individuals," Insights 1 (2017).

2 Additional changes are contained in both bills but will not be discussed for purposes of this article.

3 See Withholding Tax as of 2018 with 2017 Tax-Free for Certain Types of Income in "News on the French Front."