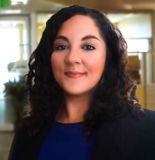 Bermuda is quickly becoming a world leader in the financial technology (Fintech) sector by putting into place a bespoke Fintech legislative and regulatory regime. Globally, financial markets and systems are becoming more efficient and the use of Fintech is becoming more apparent. Bermuda is positioning itself as a jurisdiction that can provide the certainty, proper corporate governance, and appropriate consumer protection required for a thriving Fintech industry and for those looking to further develop and invest in such technology. Bermuda's first major move from a legal standpoint is the implementation of legislation that governs Initial Coin Offerings (ICOs).

The ICO Legislation applies to companies issuing ICOs and imposes certain legal requirements which a company must comply with, including publishing an offering document or 'white paper' with certain disclosures.

There are substantial penalties under the ICO Legislation for anyone who knowingly makes or authorises untrue statements in a white paper including potential fines of up to $250,000 and/or imprisonment for a period of five years. The ICO Legislation aims to not only provide certainty for those wanting to have an ICO but it also aims to provide protection for those looking to purchase tokens or coins via an ICO.

The ICO Legislation will make an ICO a restricted business activity, meaning that any company wishing to launch an ICO will require the consent of the Minister of Finance under the ICO Legislation. Whilst a company will not be prevented from being incorporated pursuant to the typical processes provided by the Companies Act 1981 (as amended), ministerial consent is required prior to the ICO.

Under the ICO Legislation, an ICO is defined as an offer by a company to the public to purchase or otherwise acquire digital assets. The reference to offering digital assets 'to the public' includes offering them to any section of the public. 'Digital assets' include anything that exists in binary format and comes with the right to use it and includes a digital representation of value that:

It is worth noting that any affinity or rewards program which does not permit value to be taken from or exchanged for legal tender, bank credit or any digital asset, falls outside the scope of the ICO Legislation. Similarly, any digital representation of value issued by or on behalf of a publisher and used within an online game, game platform, or family of games sold by the same publisher or offered on the same game platform are excluded.

Any company submitting an application requesting consent must contain the following minimum information relating to the ICO:

There are also minimum requirements in relation to information that must be submitted describing the digital asset issue as well as information regarding compliance features as set out in the ICO Legislation. The information on compliance must include a description of the procedures or protocol that will be used to confirm the identities of the participants in the ICO as well as description of the technical standards or software, blockchain or distributed ledger technology that will be used to identify participants in the ICO.

Any company issuing an ICO must ensure it applies appropriate measures to identify and verify the participants in the ICO. Appropriate measures include identifying relevant participants based on documentation and verifying natural persons carrying out transactions, as well as conducting enhanced due diligence whenever necessary (e.g. if a person or a transaction is from or in a country that has been identified as having a higher risk by the Financial Action Task Force).

The identification and verification of participants should occur prior to the issuance of any digital asset, subject to certain exemptions which include if the rights and functionalities are such that the digital asset can only be used for services and products provided by the ICO issuer.

The compliance measures set out in the ICO Legislation also include a requirement for internal compliance audits with respect to the conduct of an ICO and financial operations (including financial expenditures, if any) connected to the ICO as well as the preparation of a compliance report which must be filed with the Registrar, within 90 days of completion of the ICO.

The ICO white paper must contain the following minimum information:

It is important to note that the white paper must remain accurate and must be updated if any of the minimum required information listed above changes. Also, a person is not a promoter for purposes of an ICO solely by virtue of his provision of professional services to the company in relation to the ICO.

The ICO Legislation represents a significant step in Bermuda's plan to become a global leader in the Fintech industry.

As the Fintech space continues to evolve, BeesMont's dedicated Fintech Team is actively engaging with relevant Government parties and the Bermuda Monetary Authority and advising clients who operate or intend to operate in Bermuda's Fintech environment.