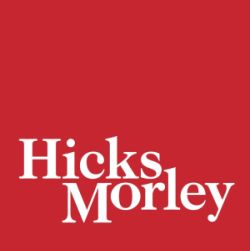 The New Framework applies to all Broader Public Sector (BPS) organizations covered by the BPSECA, and will impose an immediate, hard freeze on compensation for designated executives. Specifically, it applies both to BPS organizations that had already implemented Executive Compensation Programs (Program(s)) under the former BPSECA regulations and those that had not (and thus remained under the wage freeze imposed by Part II.1 of the Broader Public Sector Accountability Act, 2010 or BPSAA).

In this FTR Now, we will review the New Framework and what it means for organizations in the Ontario BPS.

Overview of the Changes

To appreciate the wholesale nature of the change implemented by the government, it will assist to recall that BPS organizations were facing a range of compensation restraint rules depending on the progress they had achieved under the prior BPSECA framework set out in Ontario Regulation 304/16 (O. Reg. 304/16):

In the next few sections, we will review the content of the New Framework and will then briefly discuss some of the implications for BPS organizations.

The New Framework establishes a hard freeze on the compensation paid to designated executives governed by the BPSECA. It does this by establishing three sets of rules that apply to (i) salary, (ii) performance-related pay, and (iii) all other elements of compensation. We will review each in turn.

Salaries paid to designated executives are now under a hard freeze, and the new rules establish the following "salary caps" that apply going forward:

The new regulation makes it clear that no salary increases are permitted under the New Framework. The salary is capped at the actual rate on the effective date, and cannot include raises that would have occurred at a later date and cannot be another amount within any applicable salary ranges that is higher than the rate that was in effect on August 13, 2018.

However, organizations are given some ability to adjust the value of the Envelope to take into account changes in personnel.

If positions become vacant or are eliminated, the Envelope must be prorated (i.e. reduced) by an amount reflective of the performance pay attributable to that position.

Conversely, if a vacancy is filled and a previous incumbent in that vacancy was paid performance pay, the Envelope may be prorated (i.e. increased) to reflect the amount of performance pay most recently paid to the prior incumbent. (This rule only applies if the vacancy relates to a position occupied for at least a full pay year.)

Similarly, if a vacancy does not meet the prior requirement or a new position is created, the Envelope may be prorated (i.e. increased) by an amount reflecting the performance pay paid to the designated executive in the "most similar" position at the organization in the most recent pay year.

All Envelope adjustments are the responsibility of the organization's governing entity. Similar to the old BPSAA envelope, if one executive gets more performance pay than in the previous pay year it means another executive will necessarily get less, subject to any application of the vacancy rules.

Note that performance pay is defined to exclude performance pay that was paid out in the form of salary increases, further reinforcing the absolute freeze on salary, and limiting the Envelope to bonus-type or similar cash payments.

(iii) Other Elements of Compensation

The New Framework makes it clear that no new elements of compensation can be implemented after August 13, 2018 for designated executives.

The New Framework has a number of important implications for employers in the BPS in Ontario.

First, the New Framework implements a significant new freeze on compensation that has already taken effect as of August 13, 2018. For employers who had been planning to increase compensation under posted Programs, those increases are no longer permitted.

Second, for organizations that had not yet posted a Program under the former BPSECA regulations, they are now subject to this new regulation, and are no longer bound by the wage freeze under Part II.1 of the BPSAA. While this has little material difference for many of the BPS employers and designated executives in this situation, it has a significant impact in the college and university sector.

Because of the definition of "designated executive" under the BPSAA, deans of colleges and universities were subject to the wage freeze under Part II.1 of the BPSAA. However, deans are not listed in the definition of "designated executive" under the BPSECA. With the advent of the New Framework, the former wage freeze that was imposed upon deans is now over for all colleges and universities (unless a dean can be said to otherwise be characterized as an "executive" of the organization).

Finally, it is important to note that the previous government amended the BPSECA in December 2017 to remove the "collective bargaining" exemption that had previously applied. This means that the New Framework applies to all designated executives, regardless of their collective bargaining status.

The government has incorporated a mandatory review date of June 7, 2019, which suggests that there are likely to be future changes to the framework governing executive compensation in the BPS. We will continue to monitor developments in this area, and will report on any future changes as they arise.

1 There are special rules that apply to BPS organizations that did not exist on September 6, 2016, or that are in the process of coming into existence at the present time. Outside of this very limited category, the effective date is August 13, 2018 for all other BPS organizations that fall within the scope of the BPSECA.