United States: How Long Do Criminal Cases at the California Supreme Court Tend to Last?

Yesterday, we analyzed the average lag time from grant of review to oral argument, and oral argument to decision, in civil cases between 2000 and 2007.  Today, we turn our attention to the Court's criminal docket for the same years. 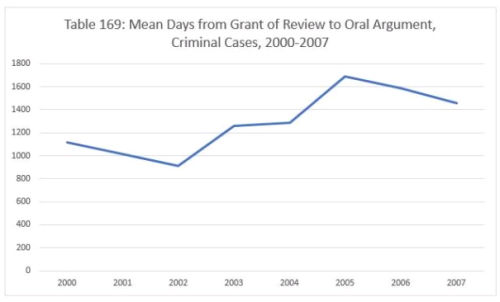 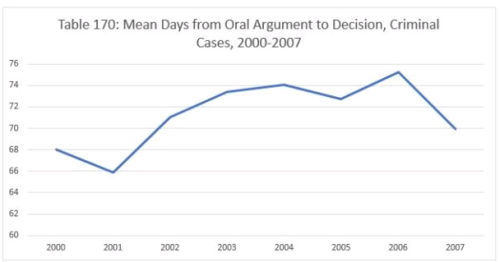 Join us back here next Thursday as we analyze the Court's average lag times in civil cases from 2008 to 2016.