In an case decided under the ACR regime, the Board sustained Lucasfilm's opposition to registration of MILLENNIAL FALCON for live entertainment and production services, finding confusion likely with the mark MILLENNIUM FALCON, registered for toy vehicles and used for a entertainment services, sound recordings, live musical concerts, films, television programs, computer and video games, comic books, amusement parks, games, and clothing. Pro se Applicant Ilan Moskowitz, a/k/a Captain Contingency, argued that his mark is used as "a parody of, and satirical comment on, corporate culture, and in particular the culture of the entertainment behemoth, Disney," which he claimed "swallowed the entire Star Wars franchise in the preceding years." As usual, the Board rejected the parody argument, but the claim of parody allowed the Captain to avoid a finding of bad faith adoption under the 13th du Pont factor. Lucasfilm Entertainment Company Ltd. LLC v. Ilan Moskowitz aka Captain Contingency, Opposition No. 91244449 (October 17, 2020) [not precedential] (Opinion by Judge Mark Lebow). 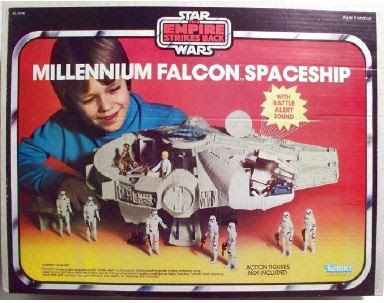 The Captain objected to certain documents submitted by Lucasfilm because they were not provided to him during discovery. However, the documents were dubbed "attorney's eyes only" by Lucasfilm and therefore, under the terms of the Standard Protective Order, the Captain (as a party and individual appearing pro se) was not entitled to access to the AEO materials.

The Board spent little time in shooting down the Captain's parody defense. "[W]e have long held that parody is a viable defense in a likelihood of confusion analysis only if the involved marks are otherwise not found confusingly similar. Here, the marks are virtually identical." [That seems to beg the question. How can you have a parody unless the marks are similar? And doesn't a parody make them dissimilar for purposes of Section 2(d)? - ed.]. The Board found that the first du Pont factor "weighs heavily in favor of finding a likelihood of confusion."

The Board noted that Lucasfilm uses the MILLENIUM FALCON mark "as a merchandising mark, part and parcel of the STAR WARS mythos in promoting Opposer's films and music, and has been the subject of licenses for numerous collateral products." The Board took judicial notice that "the licensing of commercial trademarks on 'collateral' products [and services] has become a part of everyday life."

Furthermore, Lucasfilm has used MILLENNIUM FALCON as the name of its spaceship in conjunction with STAR WARS films, television series, musical recordings, and live concerts. "The 'element' to which Opposer gave the name MILLENNIUM FALCON has been used in the various STAR WARS stories for so many decades, and is an integral part of the stories, to the point that it is akin to a character in the stories."

We find, similarly, that because Opposer has used MILLENNIUM FALCON as a merchandising mark with respect to a variety of goods; because consumers recognize that, in the general marketing environment, merchandising marks are used to identify a variety of goods and services; and because Opposer has used the term MILLENNIUM FALCON in connection with the promotion of its STAR WARS films, television series, musical recordings, and live concerts, we find that, in the sense discussed in the Recot and Hewlett Packard cases, Applicant's services and Opposer's goods and services are related.

The Captain's musical performances necessarily include the same venues in which Lucasfilm provides its STAR WARS concerts. However, there was insufficient evidence that his other services are provided in the same channels and so the third du Pont factor slightly favored Lucasfilm.

As to the strength of the MILLENNIUM FALCON mark, the Board found it to be a fanciful, coined term and, therefore, an inherently strong mark. As to commercial strength, the Board was not persuaded that the MILLENNIUM FALCON mark enjoys the highest level of renown. However, it is "commercially very strong, " and so the du Pont fame factor weighed in favor of a finding of likelihood of confusion.

The Captain pointed to a lack of evidence of actual confusion, but the Board fended off that argument, pointing out that the opposed application is based on intent-to-use, and noting that the Captain offered evidence of only a handful of performances under the MILLENNIAL FALCON Mark since 2016, mostly in one city, and he provided no attendance figures, box office receipts, or other sales information".

Turning to the catch-all 13th du Pont factor, the Bord found that the Captain adopted the mark MILLENNIAL FALCON with the intention of trading off of the MILLENNIUM FALCON mark. "Such intent is strong evidence that confusion is likely as such an inference is drawn from the imitator's own expectation that consumers will associate his mark with Opposer's." 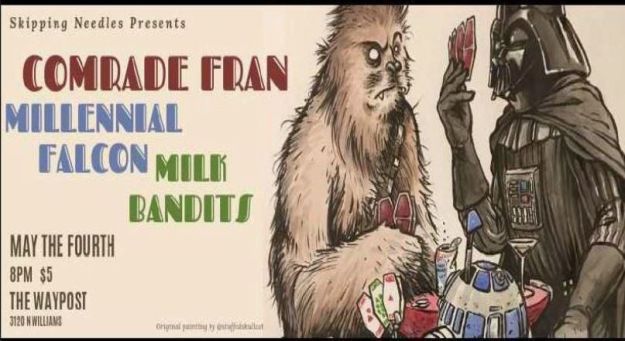 May the Fourth (be with you)

However, because the evidence also showed that Applicant intended to parody the Lucasfilm mark, the Board considered the thirteenth factor to be neutral.

The Board concluded that confusion is likely, and so it sustained the opposition, declining to reach Lucasfilm's dilution claim.