The Board sustained Barclay Capital's opposition to registration of the mark LEHMAN BROTHERS for beer, spirits, and bar and restaurant services, on the ground likelihood of confusion with the identical mark used for "securities brokerage services; investment consulting services; investment banking services; and merchant banking services." The Board dismissed Barclay's dilution, false association, and lack-of-bona-fide-intent claims, and it dismissed Tiger Lily's opposition to Barclay's application to register LEHMAN BROTHERS for financial services, on the grounds of lack of bona fide intent, likelihood of confusion, and fraud. Barclays Capital Inc. and Barclays PLC v. Tiger Lily Ventures Ltd,, Oppositions Nos. 91219477, 91219478, and 91219549 (September 30, 2020) [not precedential] (Opinion by Judge Linda A. Kuczma). 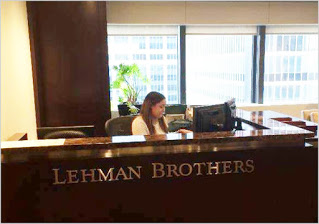 Barclays purchased the LEHMAN BROTHERS mark in 2008, after Lehman Brothers declared backruptcy. Barclay then licensed back the mark to Lehman Brothers in connection with certain of its retained operations. Tiger Lily filed its application to register on March 6, 2013, and Barclays applied to register the mark for financial services on June 2, 2014.

Barclays had let the registrations for the mark lapse, and so Tiger Lily alleged that Barclays abandoned its mark, thereby making the mark available for Tiger Lily's adoption and use and negating Barclays' claim of priority. The Board pointed out, however, the Barclays still possessed common law rights in the mark.

Abandonment: The issue was whether Barclays had forfeited all rights in the mark because it no longer identifies Barclays as a source for financial and investment services. The Board said no, and that was fatal for Tiger Lily.

Likelihood of Confusion: Both parties claimed priority based on their respective common law uses of the mark. The earliest date upon which Tiger Lily could rely was its filing date of March 6, 2013. Lehman Brothers used the mark long prior to the assignment of the mark to Barclays in 2008, and so Barclays had priority.

As to the involved goods and services, the Board found them to be related for purposes of the Section 2(d) likelihood of confusion analysis.

Moreover, Tiger Lily admitted that it "seeks to draw a connection between its goods and services and the financial and investment business LEHMAN BROTHERS, and only filed its application when it believed that the LEHMAN BROTHERS mark was abandoned."

Section 2(a) False Connection: To prove a false suggestion of a connection claim under Section 2(a), a party must, as the first element, show that the mark is a "close approximation" of the claimant's identity. Because there was no evidence that Barclays has developed a public identity or persona as LEHMAN BROTHERS, its Section 2(a) claim failed.

Dilution: In order to be "famous" for purposes of dilution the mark (or trade name) must be "widely recognized by the general consuming public of the United States" as a designation indicating a single source of goods or services. "Barclays presented no evidence regarding the current advertising and publicity under the mark, the amount, volume and geographic extent of services provided under the mark, and little evidence regarding the extent of actual recognition of the mark." And so this claim was dismissed.

Bona Fide Intent: Barclays did not contest Tiger Lily's testimony regarding its intention to use the mark, so that was enough to sink this claim.

Tiger Lily's Claims: Although Barclays did not provide documentary evidence to support its alleged bona fide intent to use the mark, "the existence of a successful ongoing concern such as Barclays has in the United States albeit under its other marks, combines to create a totality of circumstances that support a bona fide intention to use." Therefore, Tiger Lily's lack-of-bona-fide-intent failed.

Tiger Lily's fraud claim failed because there was no evidence that Barclays made a false statement or had an intent to deceive the USPTO.