In one of the few appeals court cases addressing the extraterritorial reach of the Lanham Act, the Fourth Circuit has held that a foreign trademark owner who has not used his trademark in the U.S. may pursue a false association, false advertising, and trademark cancellation claim against the owner of the same mark in the United States.

Bayer Consumer Care AG ("BCC") owns the trademark FLANAX in Mexico and has sold pain relievers there under that mark since the 1970s. BCC's FLANAX brand is well known in Mexico, but BCC has never marketed or sold its FLANAX products in the United States. 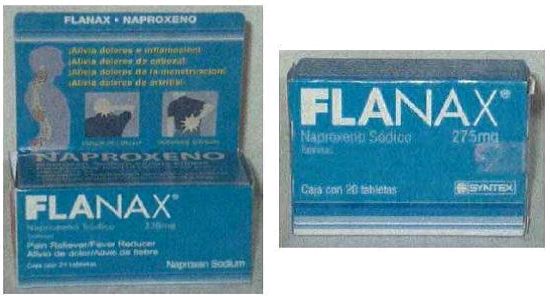 Belmora also made various statements in marketing materials implying that its FLANAX brand was the same product sold by BCC in Mexico, such as: "Flanax products have been used [for] many, many years in Mexico" and are "now being produced in the United States by Belmora LLC." BCC pointed to evidence showing that such statements caused Belmora's distributors, vendors, and marketers to believe that Belmora's FLANAX product was the same as, or was affiliated with, BCC's FLANAX.

BCC successfully petitioned the TTAB to cancel Belmora's U.S. registration. Belmora appealed, and BCC filed an additional suit in federal court alleging claims of false association and false advertising. The cases were consolidated, and, following hearings on Belmora's motion to dismiss, the district court ruled in favor of Belmora on all counts. The district court concluded that: (1) BCC's claims fell outside the Lanham Act's "zone of interests" because BCC did not possess a protectable interest in the FLANAX mark in the United States; and (2) a cognizable economic loss under the Lanham Act cannot exist as to a "mark that was not used in United States commerce."

The Fourth Circuit disagreed and vacated the district court's judgment. The Court emphasized that "this is an unfair competition case, not a trademark infringement case." Though Belmora owns the FLANAX mark in the United States, "trademark rights do not include using the mark to deceive customers as a form of unfair competition, as is alleged here."

According to the Fourth Circuit, the plain language of Section 43(a) does not require that a plaintiff possess or have used the trademark in U.S. commerce. "Under § 43(a), it is the defendant's use in commerce — whether of an offending 'word, term, name, symbol or device' or of a 'false or misleading description [or representation] of fact' — that creates the injury under the terms of the statute." Here, the "offending word, term, name, symbol or device" was Belmora's FLANAX mark. The Fourth Circuit noted that "courts must be careful not to import requirements into this analysis that Congress has not included in the statute."

Therefore, to successfully plead a Section 43(a) claim: (1) a plaintiff's claim must fall within the "zone of interests" protected by the statute; and (2) the plaintiff's injury must be proximately caused by violations of the statute. The Fourth Circuit found BCC's false association and false advertising claims satisfied these two elements. To come within the "zone of interests" in a suit under Section 43(a), a plaintiff must allege an injury to a commercial interest in reputation or sales. Here, BCC alleged that Belmora's misleading association with BCC's FLANAX mark caused BCC's customers to buy the Belmora FLANAX product in the United States instead of purchasing it in Mexico, which resulted in a loss of revenue for BCC.

For reasons that largely overlapped with the Section 43(a) analysis, the Court found that the District Court also erred in overturning the TTAB's cancellation decision.