In an ownership dispute that "has the makings of a country song," the Board found that legendary country singer Cowboy Jack Clement and Opposer Clementvision, Inc., a company he formed, owned the mark THE COWBOY ARMS HOTEL AND RECORDING SPA for approximately 38 years before Cowboy Jack passed away in 2013. His children, Alison and Niles, inherited all of his assets, including Opposer. Applicant Robert Clement, second cousin of Cowboy Jack, bought the house in Nashville where Cowboy Jack's studio was located and began to use the mark there. He applied to register the mark for musical recordings and recording studio services. The Board found, however, that Applicant did not acquire rights in the mark, and further that Opposer had not abandoned the mark. Clementvision, Inc. v. Robert Clement, Opposition No. 91256127 (October 25, 2022) [not precedential] (Opinion by Judge Michael B. Adlin). 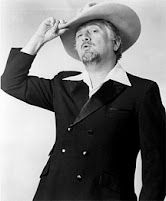 The Board found that "the evidence all points in one direction: Cowboy Jack bequeathed his music businesses, including Opposer (which owns the involved mark) to Alison and Niles. We presume this transfer to include all associated trademarks and service marks, and Applicant has not rebutted the presumption. Indeed, as explained above, Applicant's theory that the involved mark was transferred to Ms. Miller and then to Applicant has no evidentiary support whatsoever."

Finally, the public will look to Opposer, Cowboy Jack's business now run by his children, to stand behind the quality of the services provided under the involved mark.

As to Applicant's abandonment defense, he failed to introduce evidence of nonuse and thus failed to meet his burden of proof. Opposer produced evidence of use of the mark: for example, "a primary aspect of Opposer's business is to collect royalties on songs it owns or in which it has rights, and it has done so continuously since before Cowboy Jack's death, including the periods before and after the 3405 Belmont property was sold." Moreover, even if there were a period of nonuse, Opposer had an intent to resume use. It found a new studio location and negotiated for a film about Cowboy Jack.

And so, the Board sustained the opposition.