In this dubiously precedential decision, the Board granted Petitioner Narita Export's motion for summary judgment, unsurprisingly finding the registered mark TONOSAMA for gift baskets containing candy to be confusingly similar to Narita's identical common law mark for candy. The only real dispute concerned Narita's priority of use, which hinged on the validity of a nunc pro tunc assignment and an oral assignment. Narita Export LLC v. Adaptrend, Inc., 2022 USPQ2d 857 (TTAB 2022) [precedential]. 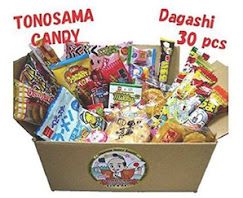 The Board first dealt with a procedural issue, ruling that because Respondent Adaptrend had withdrawn its affirmative defenses of abandonment and nonownership (albeit "without prejudice pending further discovery"), it could not raise those two issues in connection with the summary judgment motion. The Board did not cite any authority for this ruling.

Petitioner Narita submitted declarations from its president, Mr. Narita, and from the former president of a company referred to as "TI Express." Mr. Izumi. Mr. Izumi asserted that TI Express created the TONOSAMA mark and first sold branded candy in the United States on March 27, 2016. He provided an Amazon screenshot showing a sale on that date. He further declared that on October 20, 2020, he executed a nunc pro tunc assignment of the mark to petitioner with an effective date of November 2, 2016, memorializing an "oral agreement" between the parties. Mr. Izumi also described the sales of TONOSAMA products prior to the assignment. Mr. Narita echoed those assertions regarding the assignment and regarding sales of the product.

Aptrend argued that the declarations constituted inadmissible hearsay and lacked foundation, claiming that the declarations do not say that Mr. Narita or Mr. Izumi personally participated in the oral agreement. FRCP 56(c)(4) states that declarations may be submitted on summary judgment motions i they are "made on personal knowledge, set out facts that would be admissible in evidence, and show that the affiant or declarant is competent to testify on the matters stated." "The determinative factor is whether the testimony is characterized by contradictions, inconsistencies, and indefiniteness' and whether it carries with it conviction of accuracy and applicability."

A declaration may adequately support a summary judgment motion "when the declarant's position with the employer renders the declarant competent to provide the testimony on the particular issues which the declaration concerns." The Board found that Mr. Narita and Mr. Izuma "are positioned to know or have access to information relevant to the substance of their respective declarations and the assignment referenced therein."

Petitioner Narita submitted rebuttal declarations of the two declarants ,stating that the two individuals were friends and personally reached the oral agreement at issue. The Board found that those declarations constituted proper rebuttal evidence.

The Board made short work of the Section 2(d) claim. Adaptend asserted a first use date of June 13, 2016. Narita's declarations established a first use date of May 27, 2016. The marks are identical, the goods overlap, and it was undisputed that the goods travel in the same channels of trade. And so the Board found that Narita was entitled to judgment on its Section 2(d) claim as a matter of law.