United States: Chicago Cubs Score Home Run In Their Opposition Against A Stylized Version Of The Letter "C"

by Robert B.G. Horowitz
BakerHostetler
Your LinkedIn Connections
with the authors

In many countries, marks such as single letters or numerals are considered nondistinctive. This is not so in the US, which has a very broad definition of what comprises a trademark in 15 U.S.C. Section 1127:

A trademark is any word, name, symbol, or design, or any combination thereof, used in commerce to identify and distinguish the goods of one manufacturer or seller from those of another and to indicate the source of the goods.

Chicago Cubs Baseball Club, LLC v. The CREATE Inc., Opposition No. 91242453 (TTAB July 19, 2022) (not precedential) amply demonstrates how a mark comprising a single letter is protectable and enforceable. The Cubs case also shows that making factual arguments to distinguish goods and sales channels in a case will fail unless the goods or services in an application are limited so.

In Cubs, the Applicant sought to register a stylized letter "C" appearing as below, for "Hats; Headbands; Hoodies; Jackets; Shirts; Sweaters; Sweatpants" in application SN 91242453: 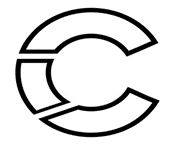 While the Opposer asserted a number of marks, the Trademark Trial and Appeal Board (the Board) decided the case focusing on one mark alone, namely Registration No. 2506407. Id. at 19. That registered mark, covering "clothing, namely[] caps, hats, headwear, headbands, shirts, t-shirts, baseball uniforms, jerseys, sweatshirts, sleepwear, jackets, cloth bibs, infantwear, footwear, socks," appears as below: 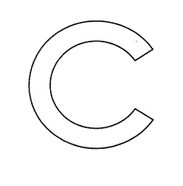 1. Similarity or dissimilarity of the goods, trade channels and classes of customers.

The Applicant admitted that it sells items like those sold by the Opposer, such as athletic hats and shirts. However, the Applicant argued its mark was for a luxury brand targeted to hip hop fashionistas, who were in a class of customer different from baseball fans, and that baseball hats had become a fashion item, all of which pointed away from a likelihood of confusion. The Board rejected the Applicant's arguments due to the overlap of hats, headbands, jackets and shirts in the Opposer's registration and the opposed application, and both sets of goods lacked "any qualifying language regarding style, gender or age." The registration and application "necessarily encompass all types, including lines for devotees of hip hop culture, or Chicago Cubs baseball fans." Id. at 19-21.

The Applicant similarly tried to distinguish its trade channels but lost that argument as well due to the channels of trade in its application not being restricted in any fashion. They thus were presumed to travel in the same channels as did the goods in the asserted registration.

The Applicant argued that purchasers of the Opposer's goods would exercise a higher degree of purchaser care and that the Applicant's customers were discriminating purchasers of luxury high-end goods targeted at hip hop afficionados, which pointed away from confusing similarity. The Board again disagreed with the Applicant, pointing to the lack of any limitations in its goods "in any way as to purchasers, conditions of sale, quality or price" and presumed both parties' overlapping goods were "available to all consumers, not just Chicago Cubs fans or hip hop culture fashionistas." Id. at 24.

For this factor, the Applicant argued that the division of its mark into three portions distinguished it from The Opposer's mark, which has continuous lines. The Board disagreed, finding the marks had the same overall impression and were similar in pronunciation, connotation and commercial impression as well as being visually similar "in size and aperture with squared[]edges." Id. at 27. The Applicant also argued that the Opposer's mark was colored red, white and blue, with which the Board disagreed, since there was no color claim in the Applicant's or the Opposer's marks, stating "[w]e must compare the marks as they appear in the drawings, and not on any labels that may have additional wording or information." Id. at 28. Noting the marks had "slight" differences in appearance, the Board found they were "highly similar in appearance, sound, connotation and overall commercial impression" and that the partial identity of the Applicant's and the Opposer's goods "reduce the degree of similarity between the marks necessary to find a likelihood of confusion." Id. at 28-29.

4. Strength of the Opposer's mark.

The Board noted that strength of a mark is determined by considering its "inherent or conceptual strength" and its "commercial strength or fame." Id. at 30.

a. Inherent strength. This was found due to the Opposer's mark being registered, which is "prima facie evidence of the validity of the registration" under 15 U.S.C. Section 1057(b). The Applicant adduced no evidence that the letter C had "a particular significance in the clothing industry," nor did it adduce any evidence of third-party registrations of marks solely comprised of the letter C for the same or similar goods, which would indicate the inherent weakness of the Opposer's mark as a source identifier. Id. at 30.

b. Commercial strength or fame. The Board stated this subpart considers the extent to which "the relevant public recognizes a mark as denoting a single source." The Board found this subpart neutral in the absence of clear evidence of fame or extent of advertising expenditures or revenue.

The Applicant asserted that the Opposer did not have a monopoly on using the letter C for clothing, relying solely on Colorado's state flag, which displays a red letter C "in a purportedly similar font to Opposer's mark." The Board dismissed such evidence because "a state flag is not the equivalent of a trademark" and there was no showing of that mark being used on clothing. Id.

The Applicant also argued that a red, white and blue color scheme is commonly used in the national flag as well as by six professional baseball teams and Major League Baseball, and such usage diminished the strength of the Opposer's mark. This argument too was dismissed due to the Applicant's failure to adduce evidence, such as website printouts showing such usage, and neither party's mark having a color claim. Id. 35-36.

The takeaways from this case?