In a non-precedential ruling, the CAFC upheld the TTAB's decision (here) denying a petition for cancellation of a General Motors registration for the mark SUPER CRUISE for "computer software, cameras, ultrasonic sensors, global positioning system and radar object detectors fro the semi-autonomous driving of motor vehicles." The Board concluded that Petitioner Micro Mobio failed to prove a likelihood of confusion with its registered mark SUPERCRUISE for ""Semiconductor devices, computer hardware, and computer software for use in design, simulation and control of electronic circuits and antenna, receiving and transmitting signals, and modulation, demodulation and media access control in voice and data communications." Appellant Micro Mobio raised seven issue in its appeal, but the court found that none of them had merit. Micro Mobio Corporation v. General Motors LLC, Apeal No. 2021-1591 (Fed. Cir. October 12, 2021) [not precedential].

Micro Mobio argued that the Board should have found its mark SUPERCRUISE arbitrary or fanciful, rather than highly suggestive. The Board found that the mark indicated that the goods "facilitate the extremely quick and smooth receipt and transfer of signals." Micro Mobio insisted that General Motors should have been stuck with the definition of cruise that it "used in its registration" (sic): "to sail from place to place, as for pleasure or in search of something." The court was unmoved. A finding of suggestiveness can be based on any of several definitions of a term, and GM was not prohibited from advocating a different one from that stated in its application.

As to the goods, the court found no legal error in the Board's test for determining whether the involved goods are related: goods are related if the are likely to be encountered by the same purchasers who would be led to believe that the goods came from the same source.

Micro Mobio argued that the Board made a factual error in not finding the goods related, since GM's product contains and depends on computer hardware and software. That is the wrong question. The correct question is stated in the paragraph above. Furthermore, Micro Mobio was wrong in claiming the goods are complementary simply because GM's SUPER CRUISE system uses goods like those of Micro Mobio in order to function. 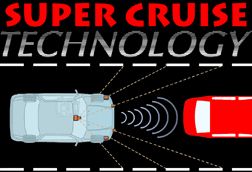 Since the involve goods are not identical, the Board was correct in not presuming that they travel in the same trade channels. Rather, the Board found the goods to be quite dissimilar. GM's products are sold through their own dealers, while Micro Mobio's are sold to original equipment manufacturers or individual engineers in the wireless and mobile phone industry. Thus the channel of trade and classes of consumers do not overlap.

The court found no error in the Board's conclusion that there is no likelihood of post-sale confusion, since Micro Mobio's goods are not auto parts, and there was no evidence that Micro Mobio sells system parts that would be used to repair or service vehicles featuring GM's SUPER CRUISE system.

Finally, Micro Mobius claimed that the Board was mistaken in finding the extent of potential confusion to be de minimis, since every sale of a GM system involves a sale of a connectivity module as part of the system. The Board, however, found that substantial evidence supported the Board's finding. Just because computer components are found in all sorts of products, such as washing machines, watches, and toys, does not mean that the computer components are complementary goods to those products for purposes of trademark law.